In the ongoing saga of events forestalling the criminal trial of triple murder suspect Shawn M. Kavanagh, the latest is the tragic and untimely death of the son of Kavanagh’s lead defense … 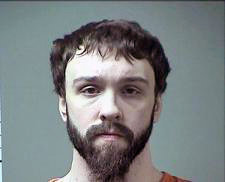 In the ongoing saga of events forestalling the criminal trial of triple murder suspect Shawn M. Kavanagh, the latest is the tragic and untimely death of the son of Kavanagh’s lead defense attorney.

Kavanagh’s case, in which prosecutors are seeking the death penalty, had been set to go to trial in November.

In mid-August, lead attorney David Kenyon was informed by police that his 31-year-old son had been struck and killed by a vehicle, according to court documents submitted by co-defense counsel Anthony Davidson. Kenyon and his son lived together, and a burial was held on Aug. 27, Davidson wrote.

“Though Mr. Kenyon has tentatively returned to his position (from bereavement leave), he still suffers from profound mental and emotional distress due to the tragic and unexpected nature of his son’s death. As a result, Mr. Kenyon is at present unable to effectively perform the duties which are required of him in order to prepare and conduct a death penalty trial in the role of lead counsel,” Davidson wrote in a request for St. Charles Judge Rebeca Navarro-McKelvey to postpone the trial.

Davidson added that although he himself has worked for the public defender’s office representing Kavanagh for more than a year, he has not previously taken a capital punishment case to a jury trial, and that recognized standards for a death penalty case call for at least two attorneys representing the defendant.

Because of those factors, failing to delay the trial would violate Mr. Kavanagh’s constitutional rights to effective assistance of counsel and due process, Davidson wrote.

Judge Navarro-McKelvey granted the request for postponement Sept. 13, overruling objections from prosecutors on the case. The judge ordered both sides to determine the availability of witnesses for a trial date in February or March 2023.

Kavanagh’s trial has been chronically postponed for half a decade. He has been in jail for more than eight years after a February 2014 knife attack that killed two women and a child, and severely wounded a third woman.

Prior reasons for trial cancellations include:
• Multiple cancellations due to the inability to safely have hundreds of jury candidates in the courthouse during COVID.
• A defense attorney became pregnant and was due for delivery near the date of a trial (and has since left the defense team).
• Multiple instances of defense team turnover without enough time for a new attorney to prepare for a death penalty trial.
• A prior lead attorney contracted a severe stomach ailment just days before a trial date.

Kavanagh faces a total of nine felony charges for the killing of Tara Lynn Fifer, 22, of Montgomery City, Lexy Vandiver, 29, and her son, Mason Vandiver, 7, both of Jonesburg; and for the assault of his estranged wife, Jessica N. Powell. The attack took place at a home south of Jonesburg.

Kavanagh has pleaded not guilty to the charges, with defense attorneys previously indicating their intention to make a case for sparing Kavanagh from the death penalty.