Yoga sessions are being … 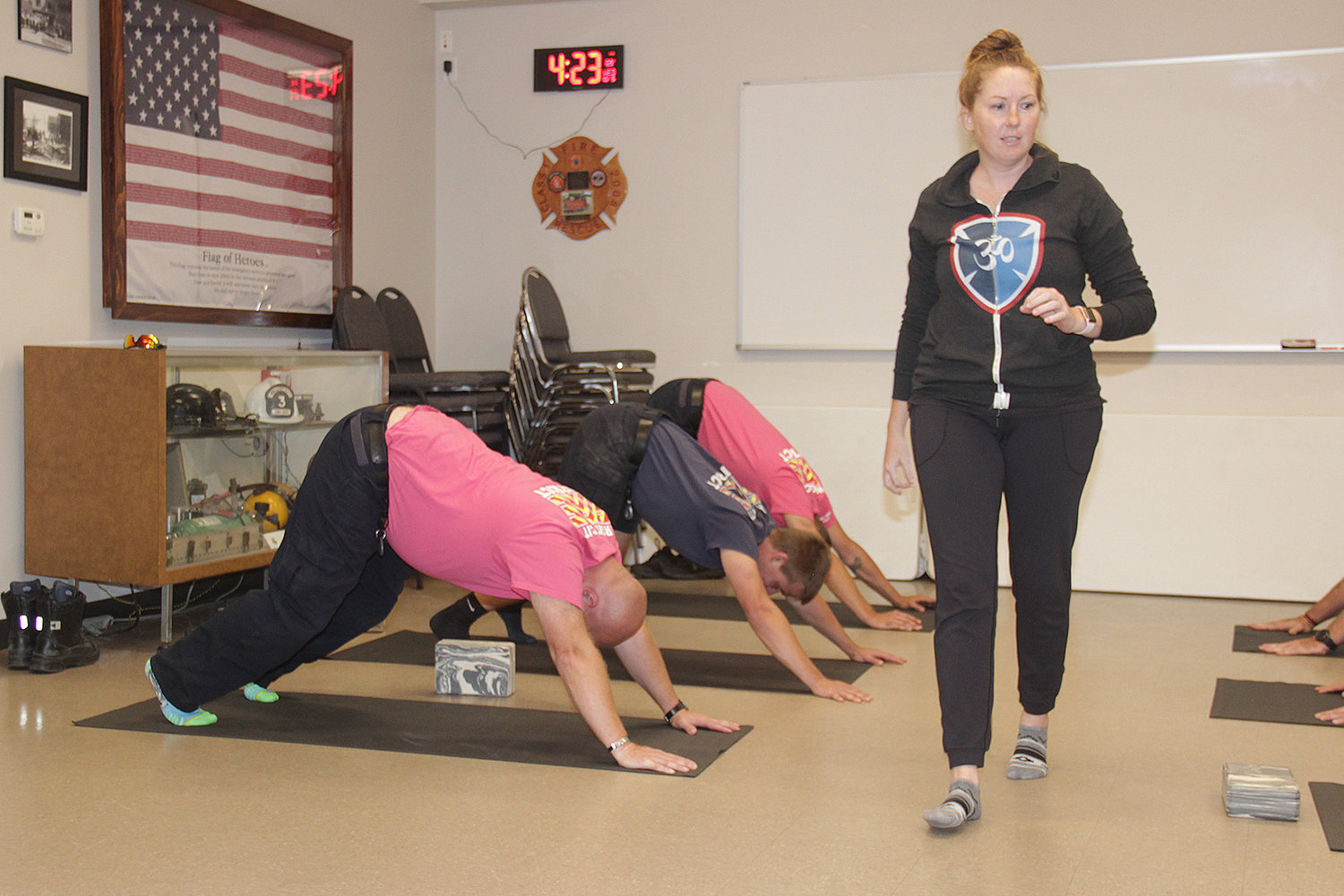 Yoga sessions are being offered for free every two weeks at the firehouse through a partnership with SSM and the nonprofit organization Yoga For First Responders. Along with the physical health benefits of yoga, the program is aimed at protecting the mental health of the emergency workers who protect their communities. The sessions are available for any first responder to attend.

“Over time, seeing everything we’ve seen, and not having a healthy release ... it’s a cumulative effect of trauma,” said MacKnight. “Suicide and PTSD among first responders is pretty high, (along with) divorce rates, alcoholism. We’re trying to get ahead of that and provide our responders an alternative outlet, and ultimately provide better responders for our community.”

“It helps teach you how to cope with a stressful environment – effective ways to help your body and mind recover from the traumatic events you were a part of,” added Assistant Chief Josh Riebe. “After you’re done, you feel relaxed.”

Adding yoga as a wellness program was a suggestion from the SSM Health team that provides physical wellness exams for Wright City firefighters, MacKnight said. The chief commented that his own previous experience with yoga had been beneficial, and he believed it was worth exploring for his crew and any other first responders who want to join in.

The fire district had actually begun offering yoga classes in early 2020, but had to stop because of COVID. Classes resumed in late September this year, with district leadership intending for it to be a permanent program going forward.

The classes will cost about $600-$1,200 per year, depending on how many get scheduled, explained district secretary Kim Arbuthnot.

Yoga instructor Sarah Hall commented that the sessions are a no-frills style of yoga tailored to meet the needs of first responders. There’s no chanting, no foreign names for poses, just a straightforward workout.

She commented that the biggest challenge for the program is getting buy-in and building camaraderie with groups who might be resistant to a program that’s very different from anything they’ve done before. She said it’s important to approach the program with a sense of humor that first responders tend to appreciate, while listening to feedback about what exercises they find beneficial.

Ultimately, Hall said she wants to help people like a first responder friend of hers who had significant challenges after retiring.

“He’s trying to put his mental health back together after his career,” Hall explained. “I would much rather have been able to help him during his career, than for him to have to figure it out on the back end. He’s earned retirement, he should be able to enjoy it without having to spend all his time in therapy, or having his marriage messed up.”