Wright City businesses and churches are working together to make sure that children from disadvantaged families get to open a present on Christmas morning, but they need help from members of the … 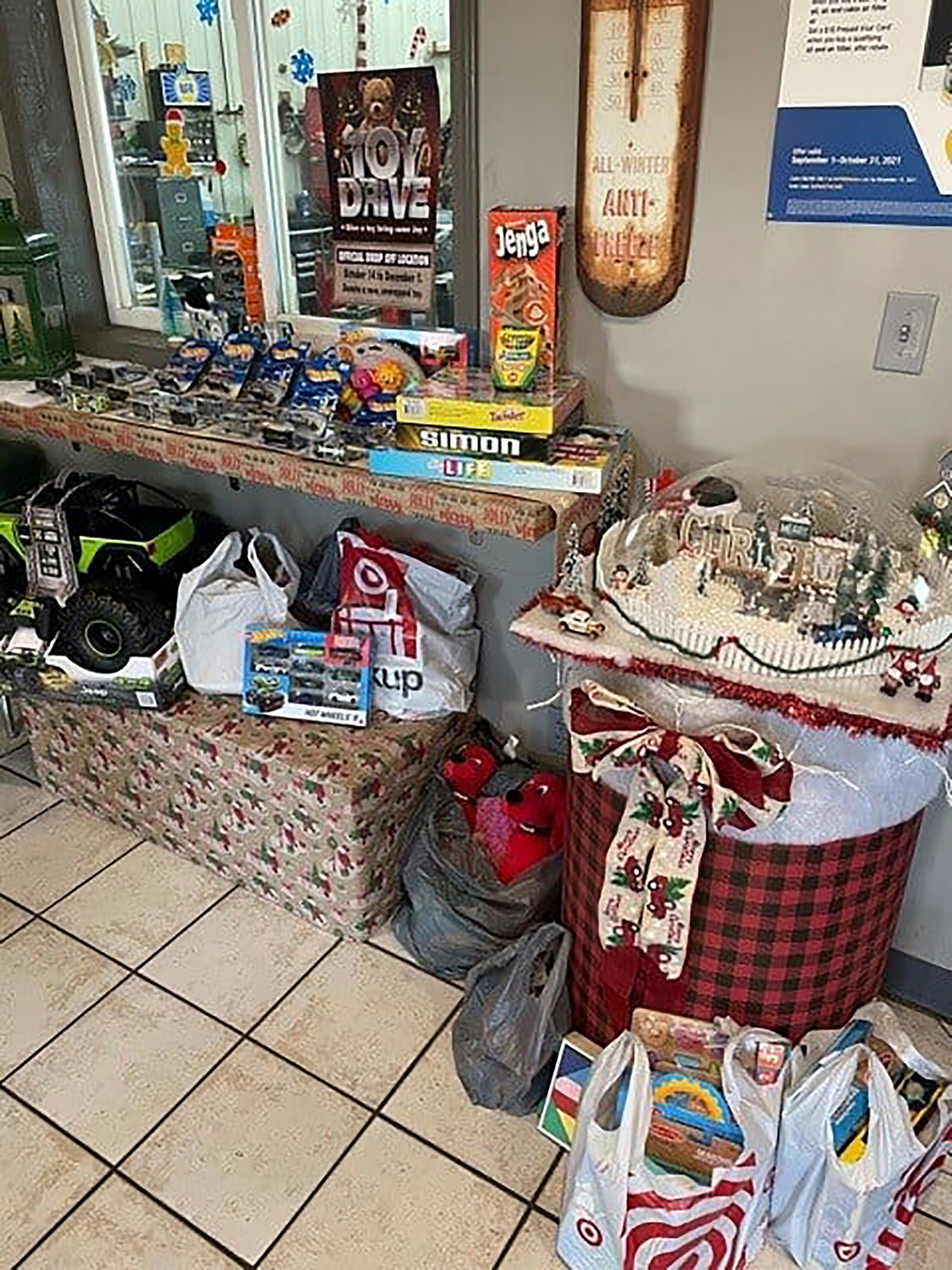 TOY COLLECTION — Decorated toy collection barrels have been placed at businesses and churches around Wright City, including the one pictured here at Gens Automotive, which is topped with a large, fan-powered snow globe. Toys collected through Dec. 1 will be donated to area families in need.
Submitted photo
Posted Thursday, November 18, 2021 11:09 am
Adam Rollins, Staff Writer

Wright City businesses and churches are working together to make sure that children from disadvantaged families get to open a present on Christmas morning, but they need help from members of the community to make that mission possible.

Organizer Kelly Hill said she hopes to see the same overwhelming support that the holiday gift collection has received in years past.
The collection has been going for a couple weeks, and will end a little early this year on Dec. 1, Hill said.

“The reason we cut it off early is because we’ve had such an outstanding turnout in the past that it was hard for Parents As Teachers to sort it all and get it all ready for delivery to the families, because it was just so much stuff,” Hill explained. “They like to have gifts to families in plenty of time to get them home, wrapped and put under the tree.”

This year, 12 businesses, four churches, two public services and a school are collecting donations in barrels that have been decorated with Christmas themes like elves, winter scenes and popular movie characters.

Hill said the abundant support for previous toy drives encouraged organizers to expand their mission, adding Turning Point to the organizations they’ll be donating to. Turning Point provides shelter for the victims of domestic abuse, who are often women and children from throughout Warren County.

This is also the first year that multiple local churches are participating in the toy collection, a partnership that Hill said will be a major benefit.

“It’s funny how sometimes the most obvious thing is what you missed. I have no idea why we didn’t ask more churches to be involved (previously)” Hill commented. “It was amazing to see the churches jump on board this year.”

The goal for the Wright City collection each year is to collect at least 1,000 toys and games that will be divided among the recipient agencies to give to individual families. That’s about the same as what organizers believe they collected last year.

Although there’s often tremendous support for the toy drive, Hill said one group of kids sometimes gets forgotten about by donors.

“One of the things we notice is that the little kids — toddler up to age 8 or 10 — seem to get a lot of stuff. What gets forgotten are the older children. … The older kids are harder to shop for,” Hill noted. She asked donors to consider mixing in gifts that could be engaging for teens, things like board games for older ages, puzzles, adult coloring books, or other activities that are more challenging.

Each year, there’s a bit of a rivalry among toy collectors to see who can get the most donations, but the real competition is to see who can decorate the best collection barrel. This year eight of the participating businesses are competing in a barrel decorating contest, Hill said, with the winner to be determined by votes submitted through the “Wright City - Support Local Business” Facebook page.