Strassenbash, Wright City’s time-honored annual festival, flourished this past weekend in its first year being organized by an independent committee. The festival had previously been managed by … 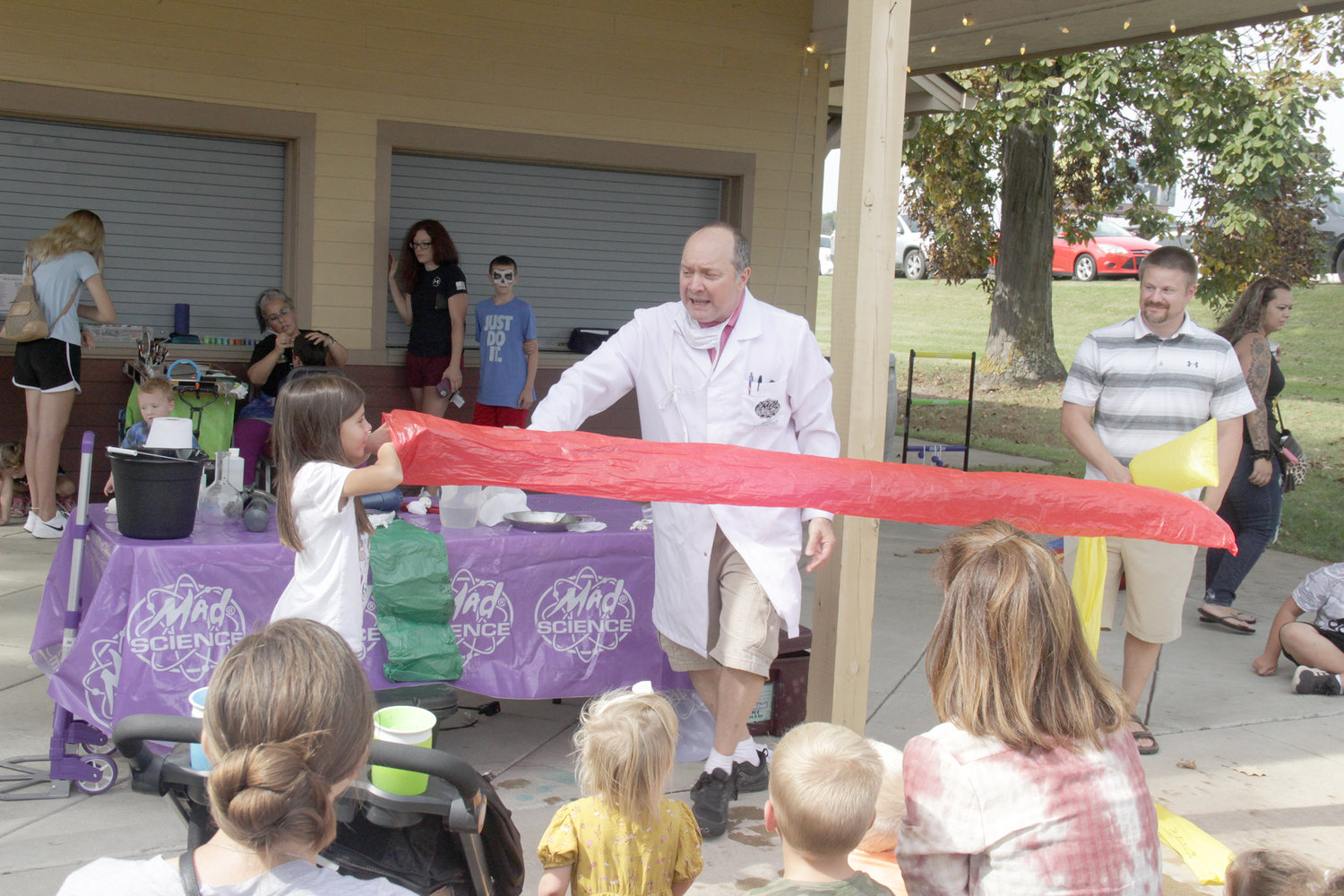 Strassenbash, Wright City’s time-honored annual festival, flourished this past weekend in its first year being organized by an independent committee. The festival had previously been managed by the Wright City Chamber of Commerce.

The festival at Diekroeger Park Oct. 9 featured dozens of vendors, children’s activities, a well-attended parade and a number of sub-events for different groups of people throughout the day. Co-organizer Marcella Holiway called the event 100-percent successful.

“It was amazing. There were so many people, and a lot of positive feedback,” Holiway commented.

To get Strassenbash off the ground after the Chamber gave it up in May, Holiway said a small committee of impromptu organizers had to find a base to build a successful event. They turned to the First Fridays on First Street festivals that also had their inaugural year in Wright City this summer, inviting all the vendors from those events to attend Strassenbash.

Add to that some family-friendly entertainment sponsored by community members and businesses, and they had the makings of a good event.

“I knew of these fun (entertainers) from other events I went to with my kids, and I wanted to bring those same things to Wright City for kids to experience for free,” Holiway said. “Every single thing we did, we got a sponsorship for. Any money left over will go into a Strassenbash fund for next year to make it bigger and better.”

Proceeds from raffles held at Strassenbash will go toward donations for improving Diekroeger Park, starting with rehabilitation of the railroad caboose there, Holiway added.

She said the Strassenbash committee is offering special thanks to the Wright City Lions Club, a nonprofit community club that has stuck with Strassenbash as its alcohol vendor in good years and bad. This year, the Lions Club put in volunteer hours to set up a folksy, pop-up beer garden in the park.

Holiway said some feedback for future improvements includes the desire for an expanded activity area for small children, along with some other adjustments.

Dates have already been picked out for a two-day Strassenbash festival next year. It will be Friday and Saturday, Sept. 30 and Oct. 1.