As part of a prep softball program that has seen its fair share of star players through the years, Warrenton senior Kathryn McChristy set herself apart in a career that ended with her name all over … 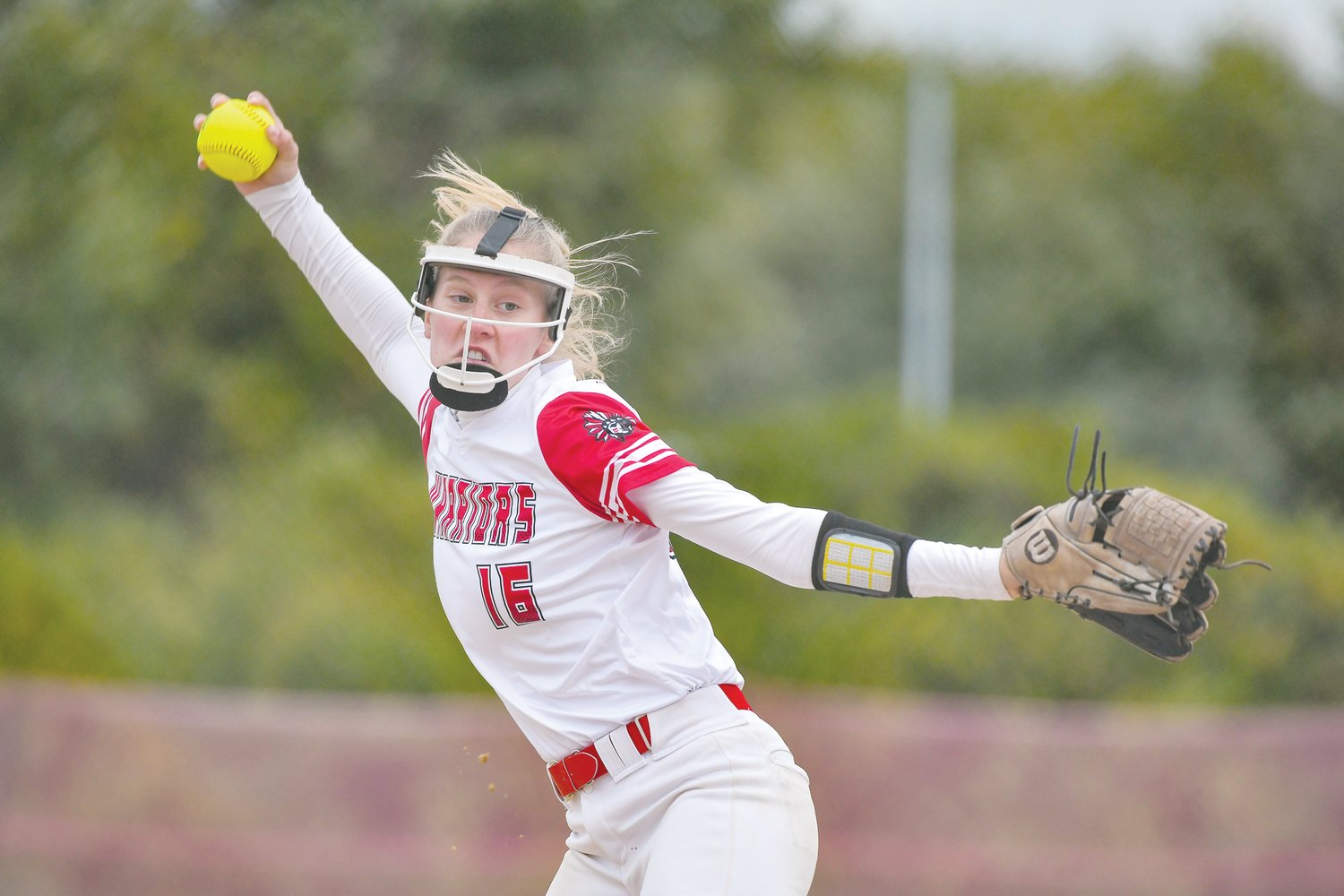 As part of a prep softball program that has seen its fair share of star players through the years, Warrenton senior Kathryn McChristy set herself apart in a career that ended with her name all over the record books — locally, regionally, and statewide.

Her list of accolades is long and noteworthy, including finishing her time at Warrenton as the career strikeout leader (840), the single season strikeout record (233), finishing fifth all-time with 119 career hits, a two-time varsity captain, the 2019 and 2021 Gateway Athletic Conference Player of the Year, and named first team All-Metro in 2019.

Warriors coach Chad Berrey knew that McChristy had the potential to be a special player before she even reached high school, and incidentally before he was the high school coach.

“When she first came in I was the middle school softball coach,” he said. “I heard of this Kathryn girl from Holy Rosary and I was hopeful. We were lucky enough to have her at Warrenton High School.”

Berrey knew immediately she had the potential to be a unique player.

“I knew she was special from her first bullpen. I made a pretty bold comment from day one that she was going to be the best pitcher in the area and I wasn’t wrong,” said Berrey, who noted that her game includes more than just pitching. “She was an average hitter her freshman and sophomore year, but her junior and senior year she really turned it on and hit well over .300 in her career. I think in college they will find she’s not only a pitcher. I envision her getting at-bats and I hope she gets the chance to shine on both sides of the ball.”

On the subject of college, McChristy will continue her career at Western Illinois University. She’s looking forward to the next chapter.

“I expect to work hard and I know that Coach (Alisa) Goler and (Collin) Hopkins will help me reach my full potential,” said McChristy. “I’m so thankful to get the opportunity to play at the college level and get that experience. I’m really excited to start.”

Even as she is ready for what comes next, McChristy has fond memories of her recently completed high school career.

“We had an amazing season, all of us really came together to make it happen,” she said. “We had so much fun together as well, which always makes it more exciting. I’ve been working really hard my whole career which has really paid off. I was never looking for (personal) accomplishments, just to improve and help the team.”

As is the case in many team sports, it was the personal relationships that added to the overall experience.

“I’ve made so many great relationships with the coaches and players throughout my career so it’s hard to see it go. I already miss it. This year was definitely my favorite,” said McChristy. “The connection between everyone and all the jokes made it so much fun. To top it all off, we won districts. The coaches really believed in us and we worked hard together.”

Her relationship with her coaches is something McChristy will miss a great deal.

“My high school coaches have helped me so much on the mental side of the game. They constantly talk about it and help me get better every day. They’ve really pushed us to do our best and have given me confidence,” she said. “Coaches Berrey and (Katelyn) Pettit have been with me all four years and have made the experience so much better. Coach (Taylor) Nordwald really helped me as a pitcher and my mentality towards it. Coach (Matt) Dodge did an amazing job his first year and is a great person to be around.”

Berrey will miss McChristy as well.

“Western Illinois is getting a fantastic person and pitcher,” he said. “She’s been a great mentor, she’s a great softball player and a greater person.”

McChristy also credited her family for helping her in her efforts.

“Without my family I wouldn’t even be doing this,” she said. “They’ve given me an amazing opportunity and have been the best support system someone could ask for. My parents and siblings have cheered me on since the beginning and have helped me grow so much.”