When Joseph Tubbs and a brother opened their first furniture store in the St. Louis region, it wasn’t a fancy showroom filled with people in suits. It wasn’t a store where the cost of the … 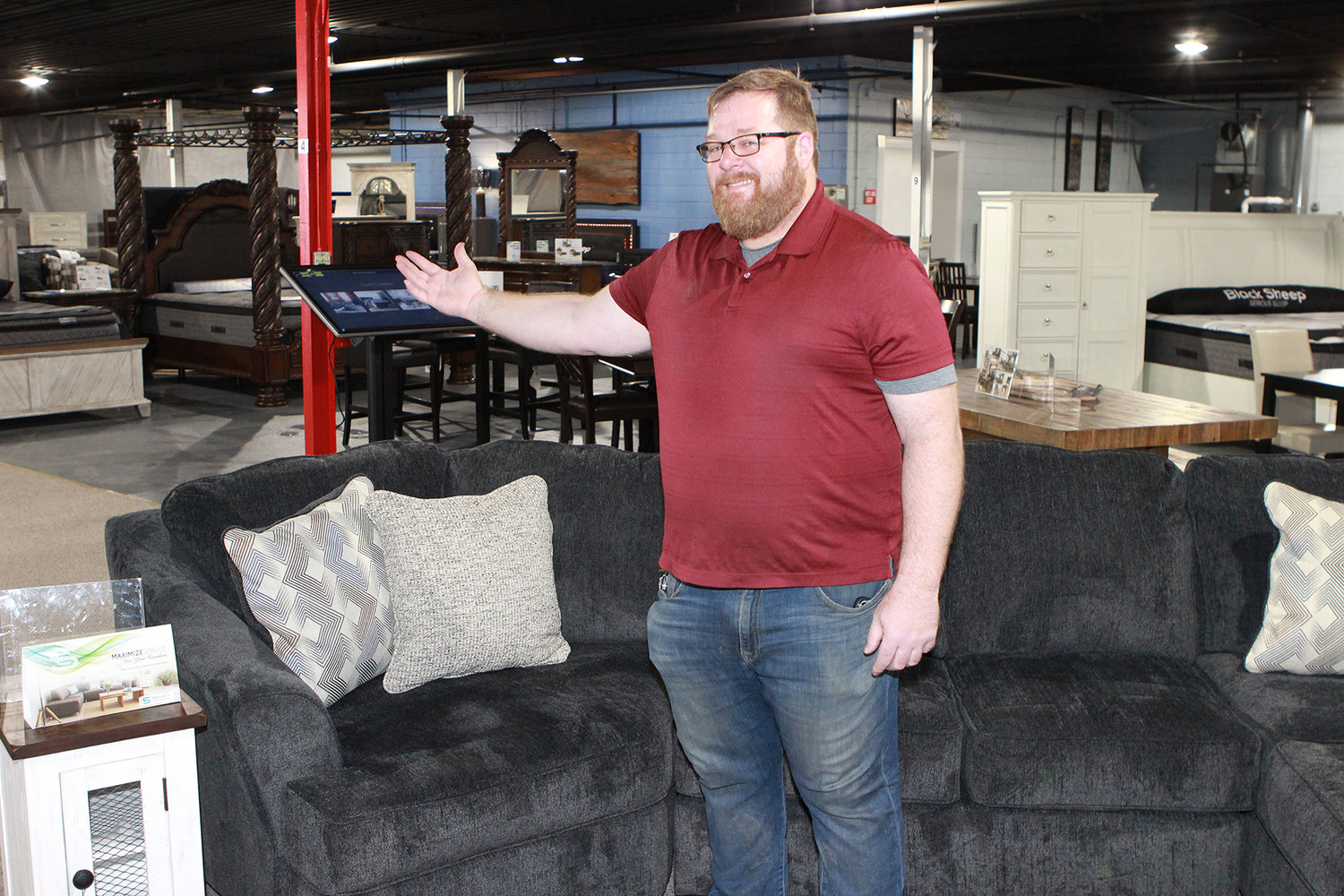 NEW TO TOWN — Store owner Joseph Tubbs displays furniture on sale at Midwest Clearance Center, a new store that opened on North Locust Street in Wright City earlier this year. The store is focused on providing quality furniture at a sensible price.
Posted Monday, May 9, 2022 5:00 am

When Joseph Tubbs and a brother opened their first furniture store in the St. Louis region, it wasn’t a fancy showroom filled with people in suits. It wasn’t a store where the cost of the furniture is marked up to help pay for expensive flooring or decorations inside the store.

No, when the first location of Tubbs’ family-owned Midwest Clearance Center opened in 2003, it was in a converted warehouse, where low overhead meant customers aren’t paying for things they won’t get to take home with them.

That’s the same mentality that Tubbs’ company brought to Wright City earlier this year, when Midwest Clearance Center opened its newest, seventh location in a vacant building on North Locust Street, clearly visible from I-70.

MCC’s business model is to offer the best quality products and environment they can, while providing a budget-conscious service.

“We don’t have these big, beautiful show rooms, but they’re all clean and nice on the inside, and we have a lot of really nice furniture,” Tubbs explained. “By doing it that way, and by having two guys in the store instead of 15 guys running around in suits, we can save you money.”

“$100 means a lot more to me than it does ... to different corporations with a strategy of marking their furniture to the moon,” he added. “Some of these are the exact same items you can find in other stores, but they’ll be much less money.”

Tubbs said his business decided to open the new location in Wright City because the area is underserved by furniture outlets, and the available facility along the interstate offered a perfect location with a lot of space and high visibility.

The interior of the building retains the features of a warehouse, but with the care and attention of a business that wants to be welcoming to customers. The interior is repainted in shades of blue and gray, with furniture arranged to mimic comfy social areas and bedroom arrangements around the store.

After initially opening in late January this year, Tubbs said the Wright City community’s response has been tremendously positive.

“It’s been awesome. A really warm welcome, a lot of super friendly and helpful people. I was so surprised — it’s different than some of the other locations I’ve been through,” Tubbs added with a laugh.

As time goes on, Tubbs hopes to keep making small improvements at the store, like a theater room or expanded show areas. But he said he won’t forget that the most important element of customer satisfaction is personal and dedicated customer service.

“We want to try to keep everyone happy,” he commented. “Good word spreads fast, and bad word spreads fast, especially in a small community. We get a lot of referrals and repeat business and we feel good about that. That’s something we work hard on. ... We take care of people when they get in a jam, and that’s good policy.”