Property development firm Raul Walters Properties, owner of the Shoppes at Warrenton mall, is asking the Warrenton city government to consider helping the company acquire tax breaks to build a … 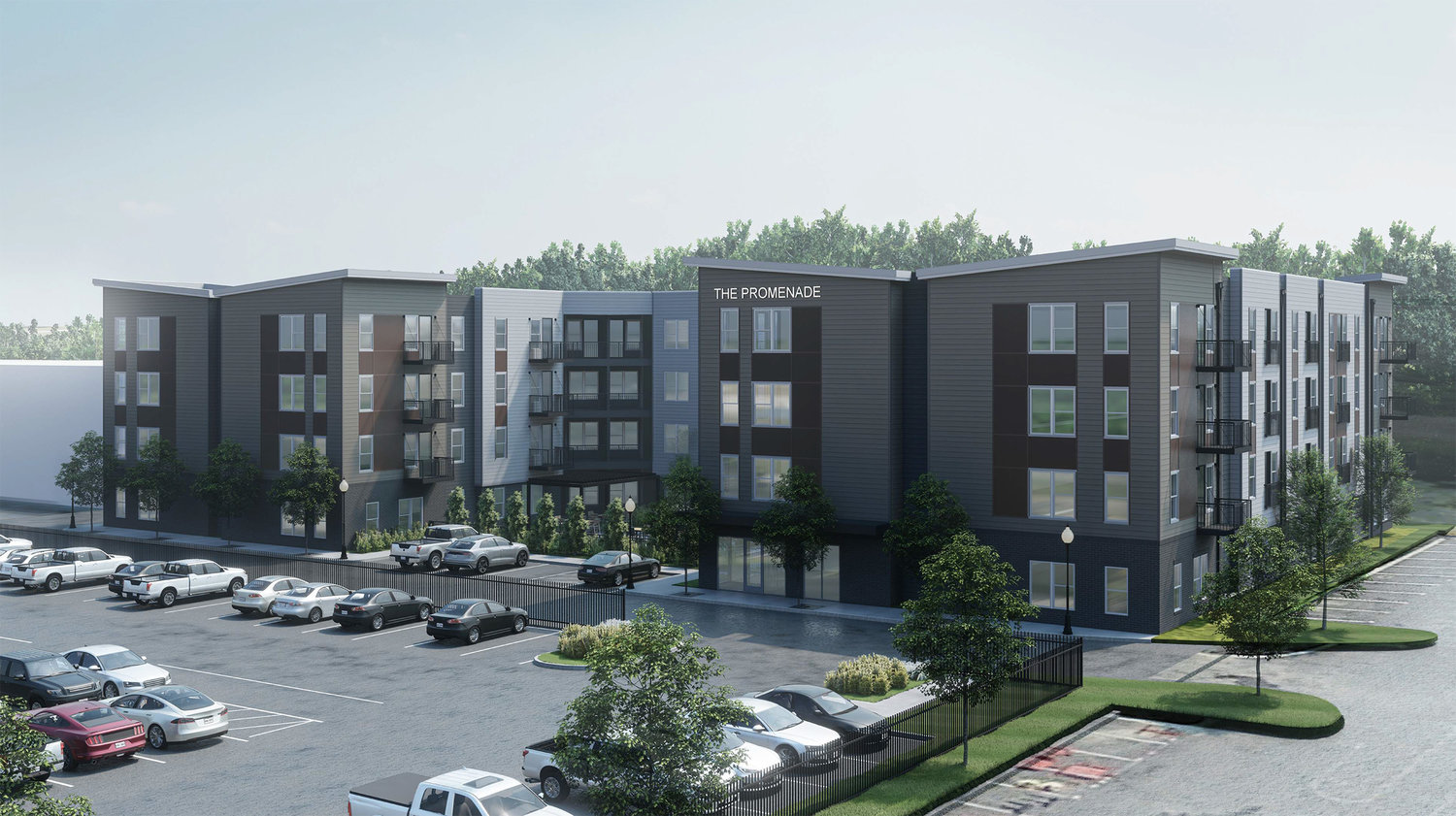 MALL APARTMENTS — A developer is asking Warrenton to help secure tax breaks for proposed construction of a four-story apartment building at the Shoppes at Warrenton mall. This image provided by the developer shows a rendering of the proposed building.
Posted Friday, September 16, 2022 2:55 pm
Adam Rollins, Staff Writer

Property development firm Raul Walters Properties, owner of the Shoppes at Warrenton mall, is asking the Warrenton city government to consider helping the company acquire tax breaks to build a four-story apartment building nestled in between the mall and Rural King.

Representatives of Raul Walters presented a preliminary agreement to the Warrenton Board of Aldermen on Sept. 6, asking the city to consider forming a type of public-private partnership that would allow the developer to use the city’s sales tax exemption while purchasing construction supplies. Public entities such as city governments are exempt from paying sales tax.

The arrangement would be formed under a section of Missouri law, broadly referred to as “Chapter 100,” which is primarily meant to encourage industrial development by using tax incentives.

The developer isn’t seeking any tax abatement that would affect future property taxes; it’s merely seeking to reduce the cost of the construction purchases, according to information submitted to the city.

The developer also isn’t seeking any hard commitments from the city yet, only asking aldermen to consider the arrangement. As part of that request, Raul Walters has offered to pay the cost of a specialist attorney to help Warrenton investigate the proposal.

Because Chapter 100 tax exemptions can get complicated very quickly, the city government and Raul Walters Properties both had specialist attorneys present on Sept. 6 to talk through how the arrangement would work, what this preliminary agreement would mean, and how the city would go about fully approving the partnership.

But as aldermen asked questions, they seemed to become increasingly worried that far more information is needed before making even a preliminary decision.

“I think this is a little too early to be going into an (agreement) that I’m not sure I 100-percent understand or agree with,” said Ward 1 Alderman Larry Corder. “I don’t feel I’m well educated on (Chapter 100) to do anything with it this evening.”

The developer was additionally challenged to explain why a financial arrangement is being presented to the city before it’s even clear the apartments will be allowed at the mall, which is zoned for retail and commercial development.

“If this hasn’t gone through planning and zoning yet, why are we seeing this now, before it’s even been brought up?” questioned Ward 2 Alderman Steven Cullom.

Robert Klahr, a legal advisor retained by Raul Walters Properties, replied that the developer considers the Chapter 100 tax breaks to be a necessary part of the project.

“The request for an exemption on the construction materials is something we need to make the numbers work for the project,” Klahr said. He explained that the developer hopes to have the financial arrangement and zoning approval move on “parallel tracks.”

Still another challenge from the aldermen was that even if the financial arrangement were perfectly understood, they would be helping one individual developer catch a break at a time that apartment construction is booming in Warrenton.

“Is this going to lead to more people asking for this down the road? Wouldn’t everybody want this?” asked Ward 3 Alderman Jeff Jaspering.

Because of their many questions, aldermen voted unanimously to postpone any consideration of the agreement until after they hold a lengthy discussion just to talk through all the details. That meeting is set for 6 p.m. Sept. 19.

The apartment building being planned by Raul Walters would be a four-story structure containing 99 living units, according to information submitted by the developer. It would be situated directly between Rural King and the existing mall building, and would utilize the existing mall parking lot.

Raul Walters Properties has previously received tax assistance from the city government to redevelop the mall itself. The board of aldermen in 2017 agreed to use a portion of sales tax from the mall to reimburse up to $6 million in development costs.  Later, $5 million of that reimbursement was set aside for Rural King as an incentive to meet economic targets set by the city.

Warrenton Board of Aldermen, Shoppes at Warrenton, Outlet mall, Mall