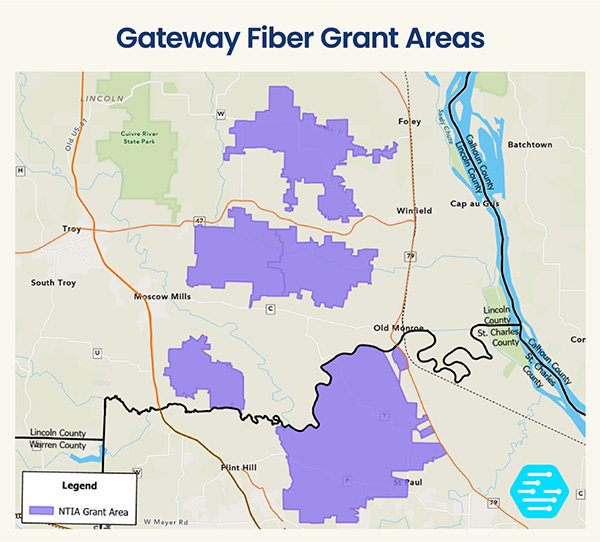 Wright City-based Gateway Fiber has been awarded $10 million from the National Telecommunications Information Administration (NTIA) to expand broadband internet coverage in underserved communities. Gateway received the largest share of this funding in the state of Missouri.

The US Department of Commerce (DOC) announced in late February that Missouri would receive $42 million to expand broadband coverage in several communities where residents do not currently have access to high-speed internet.

Through Gateway’s future-proof fiber optic network, these areas will be able to access the internet with data speeds that are the same as those available in major metropolitan areas.

“The NTIA funding will allow us to offer dramatic broadband upgrades to these areas,” said Heath Sellenriek, president of Gateway Fiber. Gateway’s fiber-optic network brings state-of-the-art infrastructure to communities that don’t have a solid internet option right now. As a result, most homes will see a ten-fold improvement, according to the company.

Gateway is in the planning stages for this expansion and anticipates that funds from the NTIA grant will enable them to start building this infrastructure in late 2022 or early 2023.