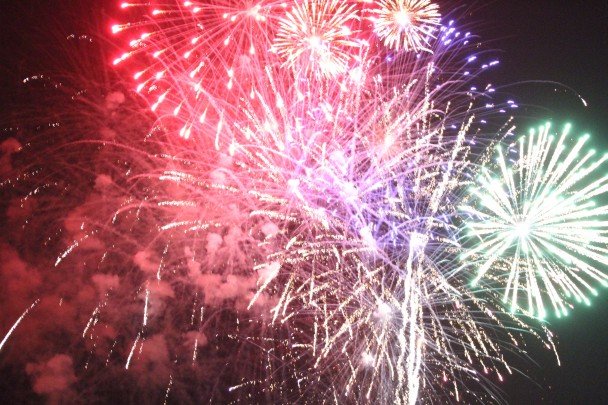 Cedar Lake Cellars winery and the Missouri Pyrotechnics Association agreed in late October to end their lawsuits over who has the legal right to call their annual fireworks show “Pyromania,” along with other legal disputes, according to Warren County Court records. The two entities had been feuding since a falling out nearly two years ago.

Cedar Lake Cellars, a winery and event venue south of Wright City, and the pyrotechnics association (Mo Pyro), a collective of semi-professional enthusiasts, once partnered to host the Pyromania show at the winery. Together they grew the event over several years to draw more than 10,000 spectators from around the St. Louis region.

But in late 2019, disputes over management and financial arrangements drove the two entities apart, according to court documents. The legal dispute began soon after, as each group realized that they both planned to host separate “Pyromania” fireworks shows in Warren County in 2020.

The winery sued Mo Pyro in May 2020, claiming that Cedar Lake Cellars had created, and therefore owned, all of the current branding for the Pyromania show. The winery also claimed Mo Pyro owed $107,000 for road, parking and facility improvements that had been made to accommodate the fireworks show.

Mo Pyro counter-sued, stating it had used the Pyromania name for shows starting in 2014, three years before it began partnering with Cedar Lake Cellars. Mo Pyro also claimed the facility improvements were made without their consent, were designed to benefit the winery as a whole, and that Cedar Lake Cellars was unfairly trying to take the entire cost out of the profits from the fireworks show.

In fall 2020 and 2021, Mo Pyro hosted a competing fireworks show near Innsbrook under the name “Sky Wars,” drawing around 7,000 to 8,000 visitors. Cedar Lake Cellars has continued to use the Pyromania name for its event.

Since the lawsuits began, attorneys for both sides have been engaged in back-and-forth legal wrangling. Earlier this year Cedar Lake Cellars successfully registered “Pyromania” as a trademark that it owns. Mo Pyro countered by arguing in court that the trademark was based on “misrepresenting to the Patent and Trademark Office that no one else had used the name” and asked the court to cancel that trademark.

In April this year, Warren County Presiding Judge Jason Lamb ordered the feuding parties to begin holding talks, mediated by Senior Judge Keith Sutherland, to discuss an out-of-court resolution. Details of any such discussions are not public record.

After one more salvo of court petitions arguing over an immediate ruling for the trademark dispute, both sides notified the court in late October that they were dismissing the cases against each other. They did not state whether any added settlement arrangements had been reached outside of court.

The Record emailed representatives of both entities asking for additional comment about the end of the case. Neither had responded as of this publication.