Coming off a five-win campaign a year ago, the Wright City girls basketball team knew there was room for improvement. 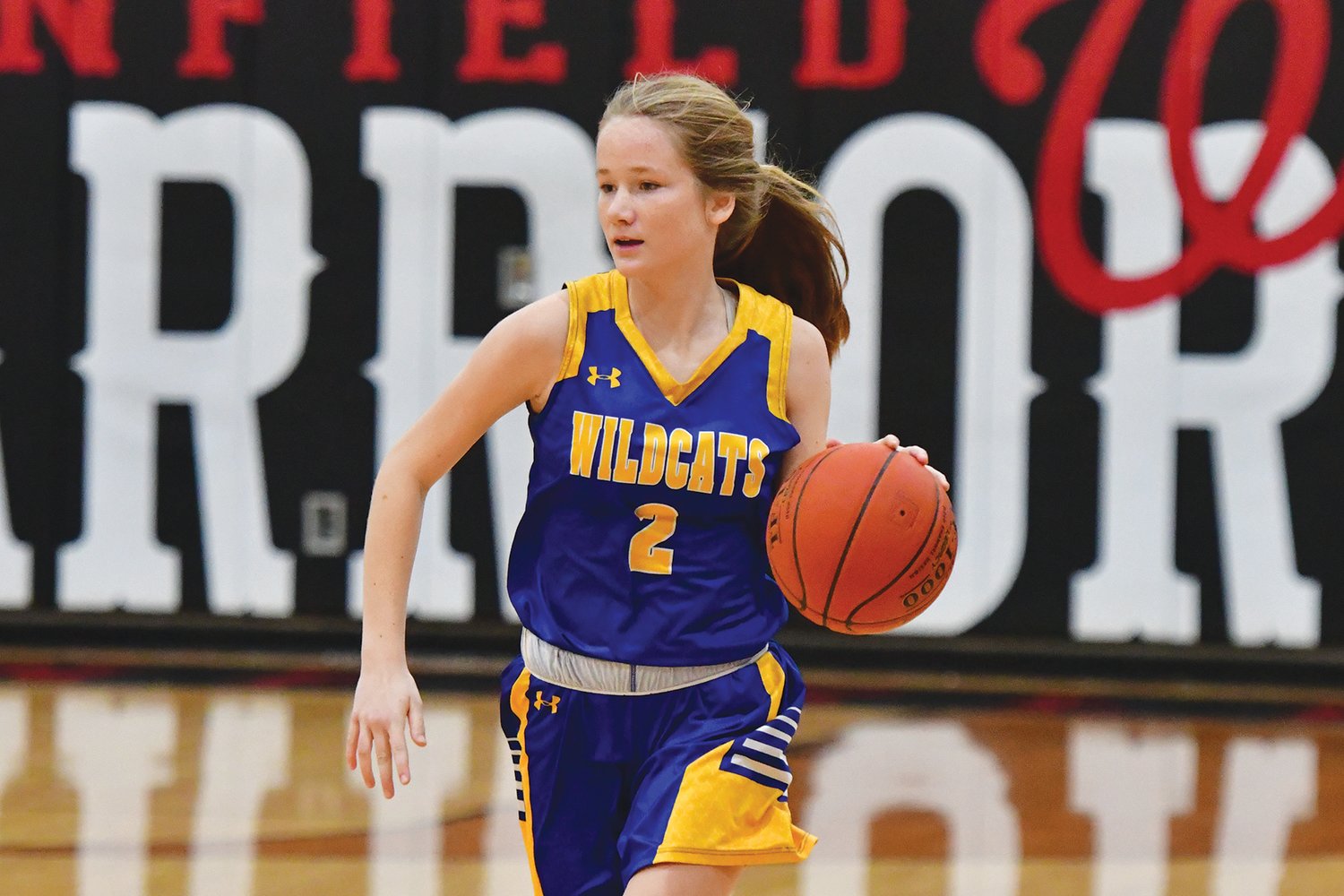 YOUNG LEADER —Wright City sophomore Kaedyn Johnson dribbles up the court in a game at Winfield earlier this season. The Wildcats are 3-4 on the season heading into the holiday break.
Bill Barrett photo
Posted Friday, December 31, 2021 5:00 am

Coming off a five-win campaign a year ago, the Wright City girls basketball team knew there was room for improvement.

Under first-year coach Abby Modaff, the Wildcats are already showing progress on the hardwood. They are just two victories away from matching last season’s win total and sported a 3-4 record heading into the holiday break.

Wright City is coming off a 36-24 win over Hazelwood East at the Orchard Farm Tournament on Dec. 17.

The Wildcats jumped ahead with a 15-2 opening quarter and stayed in command from there.

They had opened the tournament with a 73-5 loss to Orchard Farm and a 41-9 setback to De Soto.

Wright City’s other victories this year have come against Maplewood (39-11) and North Point (31-18). The Wildcats are back in action the first week of January at the Clopton Tournament.

The Liberty Christian girls basketball team ended the first half of the season with a perfect record intact.

The Eagles (12-0) pulled away from host Wellsville-Middletown in the second quarter and never looked back in a 57-37 triumph on Dec. 21.

Senior Gracie Foran led the team in rebounds with seven, with Roden following with six.

Liberty Christian led 30-22 at halftime and extended its lead to 11 entering the final period.

The Eagles are back in action Thursday at Elsberry. Game time is 5:30 p.m.