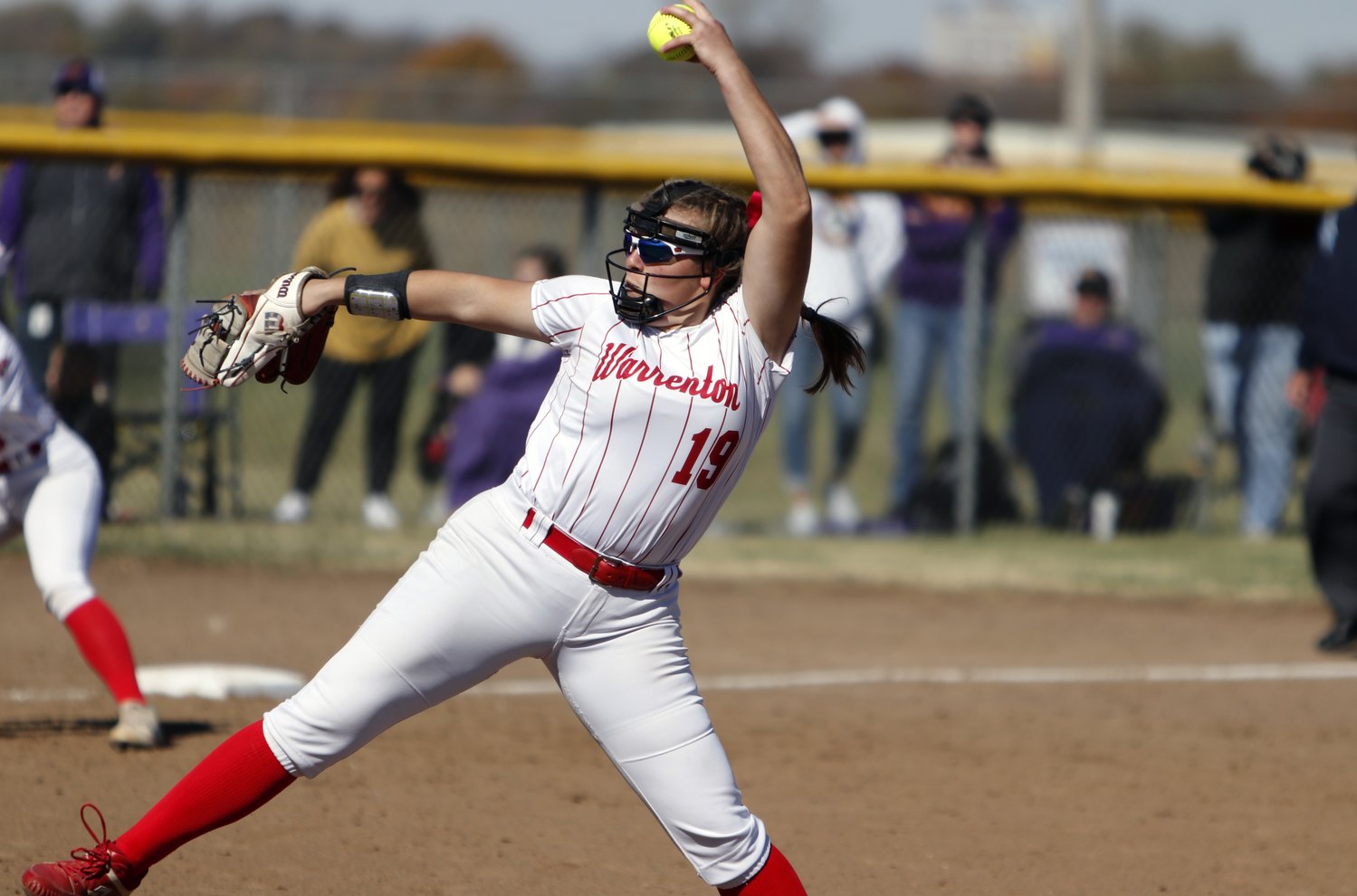 Kylie Witthaus delivers a pitch during the state semifinals against Kearney. Witthaus was named to the Missouri Class 4 all-state first team as a pitcher.
John Rohlf photo 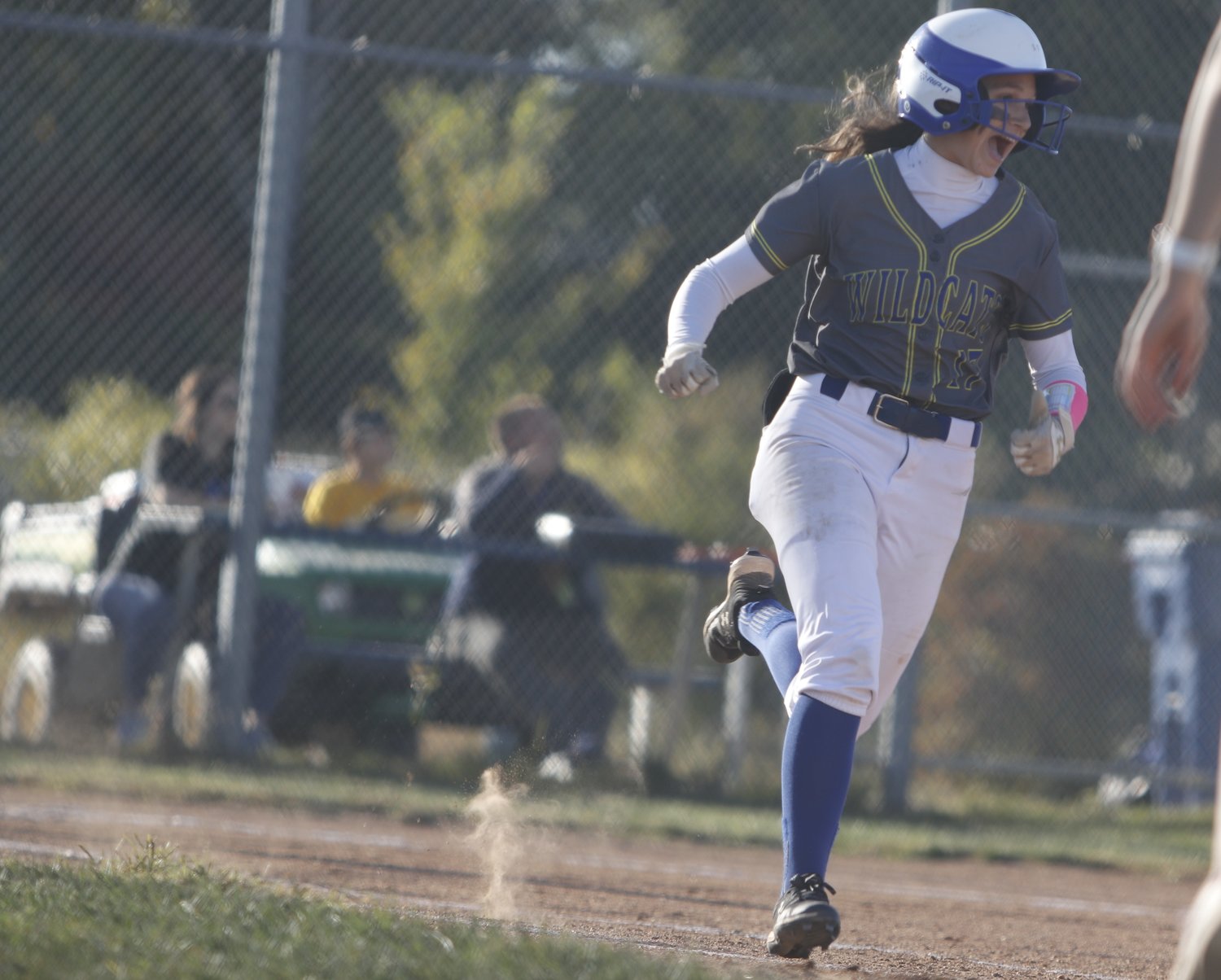 A junior, Witthaus was named to the Missouri Class 4 all-state team as a pitcher. On the mound, Witthaus was one of the top pitchers in the state. She finished the season with 15 wins and a 1.42 ERA. She recorded 330 strikeouts in 167 1/3 innings. Witthaus started all six games in the postseason for the Lady Warriors, who placed fourth in Class 4.

“The season that she had was nothing short of incredible,” Warrenton softball coach Chad Berrey said. “The numbers that she put up this year has placed her all over the Warrenton High School softball record book and even in the state record book for the amount of strikeouts that she had.”

Berrey stressed Witthaus’ pitching numbers last season were good enough to be an all-state player last year. There are many pitchers with similar numbers thoughout the state.

Witthaus also had a strong year with the bat this past season. She led the Lady Warriors with a 1.380 OPS, six home runs and 23 RBIs.

“Kylie being named first team all-state is well deserved and definitely earned,” Berrey said. “She got it done on both sides of the game offensively and in the pitching circle. It is very exciting to see what she will do with her senior year season.”

Witthaus was also named to the Class 4 all-tournament team.

“All of Lydia’s hard work in the weight room and offseason conditioning is paying off big dividends this season,” Wright City softball coach Fred Ross said. “She joins an elite group of athletes on the all-state Wall of Fame at Wright City.”