The Warrenton soccer team beat Sullivan earlier this week to win their fourth game of the season. Warrenton (4-3) responded from a conference loss to St. Charles West last week and beat Sullivan 4-0 … 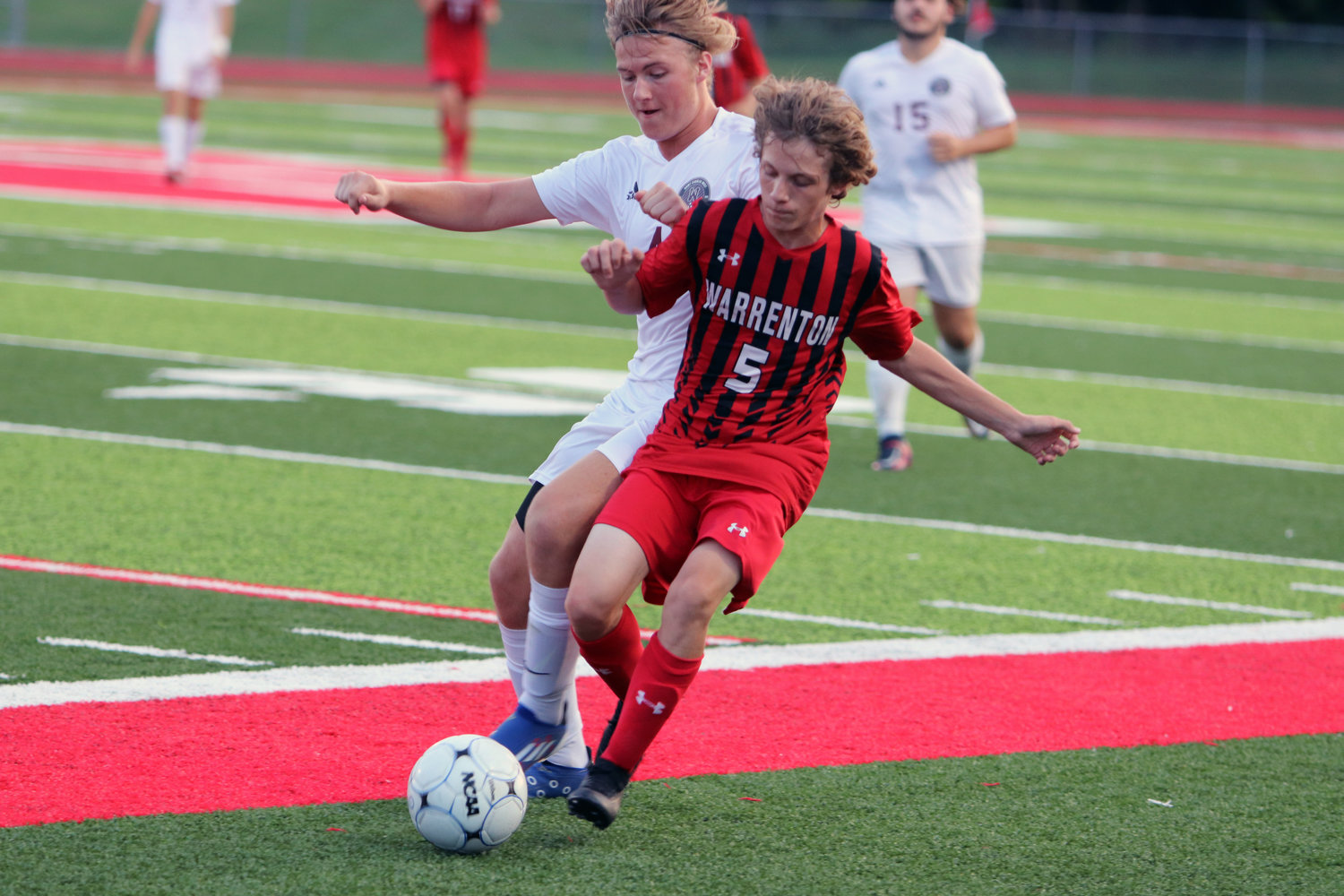 The Warrenton soccer team beat Sullivan earlier this week to win their fourth game of the season.
Warrenton (4-3) responded from a conference loss to St. Charles West last week and beat Sullivan 4-0 Monday. Warrenton lost to St. Charles West 3-1 last week. Warrenton is now 1-1 in conference play.
Warrenton coach John Schulte believes Warrenton “played a phenomenal game” against St. Charles West. He said it was hard to believe they lost 3-1 with how well they played.
“Unfortunately, it’s about goals,” Schulte said. “It’s not how pretty you are when you’re playing. It’s about the goals that you get and they just happened to score tonight. But it was a great game. I’m proud of the kids. They work extremely hard and I think we really grew as a team tonight.”
Despite controlling possession much of the first half, Warrenton allowed two St. Charles West goals in the first half to trail 2-0 going into halftime. Ulises Sanchez scored the first goal halfway into the first half. Alex Dotson scored the second St. Charles West goal of the half with just under nine minutes left in the half. Warrenton had multiple scoring chances in the first half.
“We were all over them that first half,” Schulte said. “We had three or four opportunities to put the ball in. It was just a little heavy. A little bit long or something and we just missed it to wide open goals. So it could have been a big swing the other way real easily.”
Warrenton scored early in the second half to trim the St. Charles West lead to one. Nolan Donovan scored with over 35 minutes left in the second half. St. Charles West added a goal with 11:34 left in the game to give St. Charles West a 3-1 lead. Colton Severs scored the goal for St. Charles West.
“I think the kids were pretty pumped and they know they played a really good game,” Schulte said. “They’re disappointed for sure because we didn’t get the win. But they know how well they played. And the energy and effort and intensity. It was all great. We just needed to get the goals.”
Warrenton won their conference opener last week with a 4-3 shootout win over Winfield. Neither team led by more than one goal throughout the game. Warrenton scored with about five minutes left in the game to tie the game at 3-3 to send the game to overtime.
“It was a really good game,” Schulte said. “Back and forth. Both teams had a lot of opportunities. It was kind of all over the place but go to overtime, nobody scores. Then we go to penalty kicks and Owen (Thompson) saved one so it helped win the game for us.”
Warrenton is slated to play Orchard Farm twice within the next week. They will host Orchard Farm at 5 p.m. Tuesday.