It finally came together in the trenches for the Warrenton football team, and the timing could not have been more critical, with the fate of its season at stake. The Warriors’ line stood its … 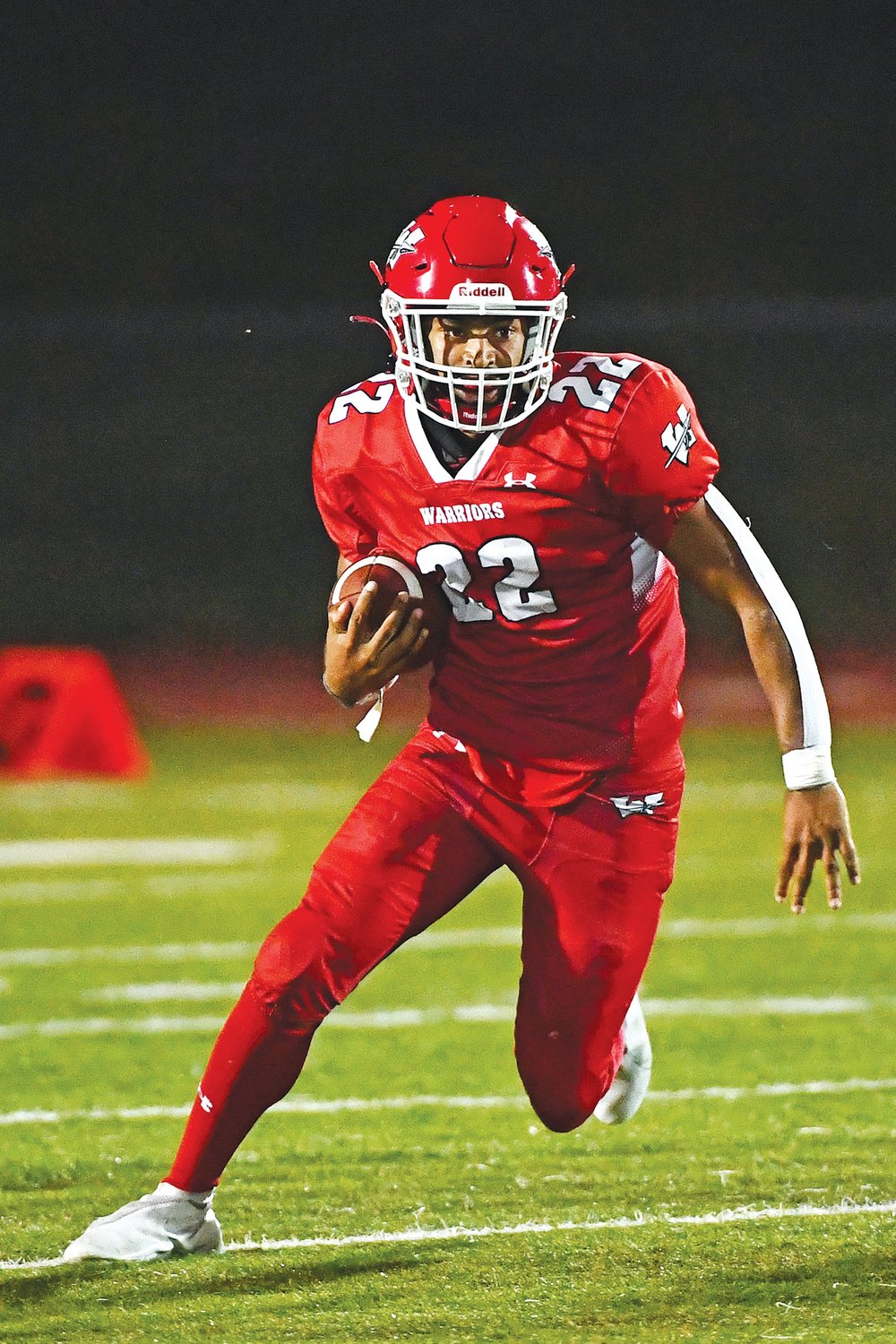 It finally came together in the trenches for the Warrenton football team, and the timing could not have been more critical, with the fate of its season at stake. The Warriors’ line stood its ground and opened the way for healthy offensive production, leading to a 44-33 victory over visiting Moberly during the first round of Class 4 District 5 play last Friday.

“We played exceptionally well,” said Coach Jason Koper, whose team earned a trip to play undefeated Hannibal this Friday at 7 p.m. “I felt that we controlled the game on both sides of the ball, with the exception of special teams.”

Warrenton had an answer for each Spartan touchdown and was able to impose its will in the ground game. The Warriors amassed a season-best 366 rushing yards on 53 attempts — nearly seven yards per carry.

“We were proud to win what could be the final game on that turf, before it’s replaced,” said Koper. “For our seniors to win their last guaranteed home game, I couldn’t ask for anything better.”

Senior Issiah Jones led the rushing attack with 274 yards on 31 carries, reaching the end zone four times. He opened the scoring for Warrenton on a five-yard touchdown run, putting the Warriors ahead 7-6 after the first quarter.

Moberly managed to stay in contention by way of special teams advantages. The Spartans scored on both a kickoff return and a blocked punt return for a touchdown. They returned an additional kickoff to the 20-yard line, ultimately scoring off the play.

“If you take away those three plays, I thought we really controlled that game for the most part,” said Koper.

The Warriors went into halftime leading 20-13 under the guidance of Weir, who completed 11 of 17 passes for 151 yards, with two touchdowns to one interception.

“Our seniors executed incredibly well,” said Koper. “That was the best we’ve executed all year on both sides of the ball. We got unbelievable play out of everybody. The more I watched the film, the more I was impressed with our team’s play.”

As rainfall intensified in the second half, adjustments to the original gameplan were made to account for weather conditions.

“During pregame we thought we would put the ball in the air 25 to 30 times, and we just ended up establishing the run game instead,” said Koper. “We only had four negative running plays the entire game. Caelon executed really well passing and only had two incompletions in the rain.”

Moberly managed to rattle off three touchdowns in the third quarter, but the Warriors were able to counter, thanks to solid play by the offensive line.

Weir hit Meine on a 24-yard touchdown pass and Jones added another score.

“As a whole, our offensive line played really well,” said Koper. “T.J. Ray played a phenomenal game. With as hard as Issiah was running the ball, with T.J. blocking it was a guarantee we were going to get some yards.”

Junior Colton Brosenne added two receptions for 38 yards, but his greatest contribution may have been an interception with eight minutes remaining. By controlling the line of scrimmage, Warrenton was able to run the clock out and secure the victory with a deliberately slow drive.

“That was a real testament to what our offensive line was able to do during that game,” said Koper.

Defensively, the Warriors were led by Kadin Stroer with five tackles. Freshman Carter Tittle recorded a sack and fumble recovery.