The Warrenton football team surrendered a halftime lead and a previously perfect record in conference play during a 42-28 Homecoming setback against Winfield last Friday.

Two turnovers and a … 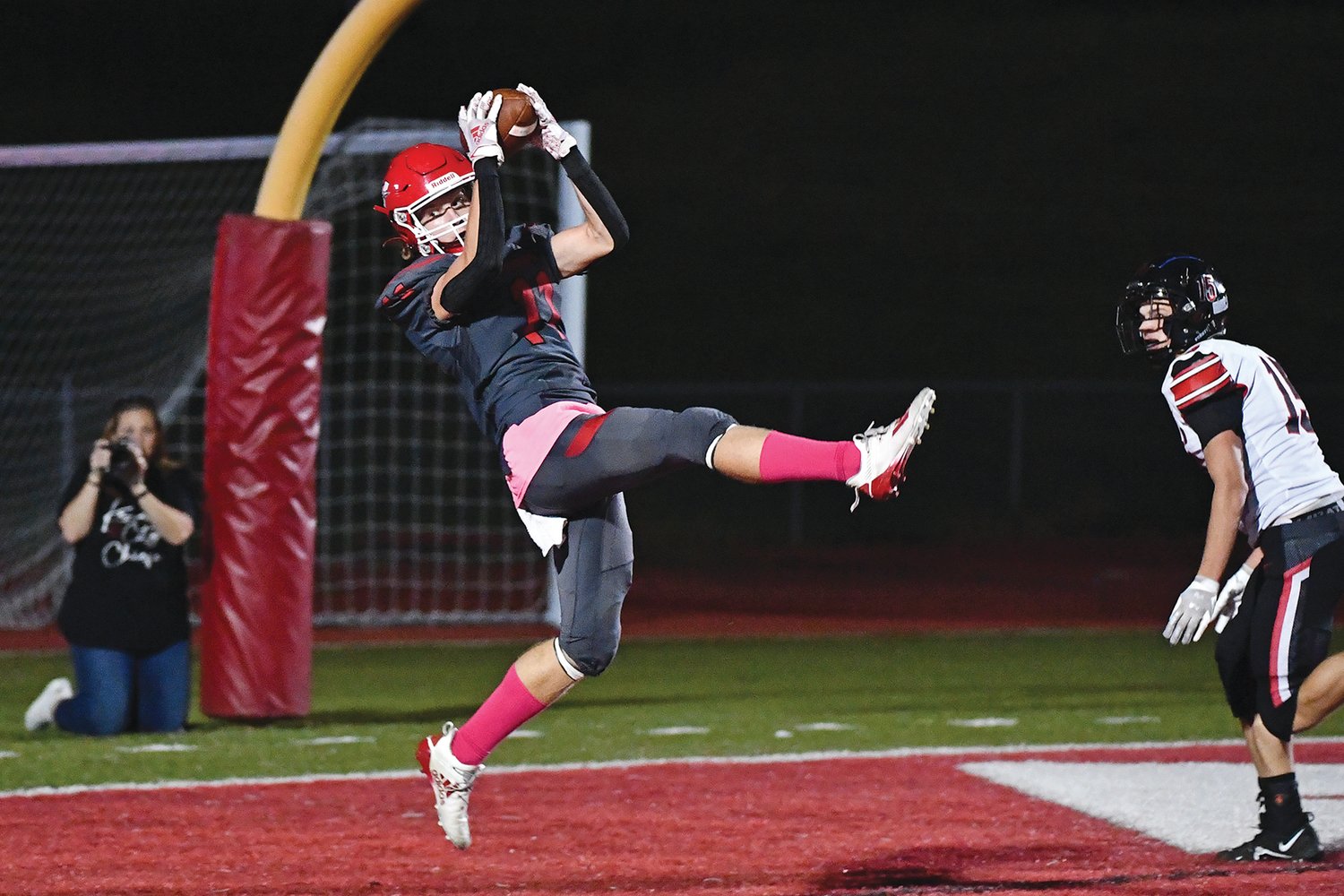 The Warrenton football team surrendered a halftime lead and a previously perfect record in conference play during a 42-28 Homecoming setback against Winfield last Friday.

Two turnovers and a botched punt in the second half turned the tide for the Warriors, as they dropped to 2-4 on the season.

“It was really about five plays that we lost the game on,” said Coach Jason Koper.

Warrenton led 22-15 heading into the third quarter, during which Winfield tied the contest.

The Warriors had established a 14-12 lead after the first period, with senior quarterback Caelon Weir connecting with junior Colton Brosenne for a 46-yard touchdown on the first pass play.

“It was a great way to start off the game,” said Koper. “Caelon threw a beauty of a ball to Colton, who made the defensive back miss and took off down the field.”

Weir capped off the second scoring drive with a five-yard touchdown run to end the quarter.

“We had a couple good passes and drove the ball effectively,” said Koper.

Senior Issiah Jones, who was making his return from an injury, added the two-point conversion. He finished the game with 86 yards on 21 carries.

“Issiah came back and ran the ball really well,” said Koper.
Jones’ biggest contribution may have come on the hook-and-ladder scoring play, during which he took a lateral from senior Kolby Meine 83 yards for the score.

Jones snagged two passes for a total of 90 yards.

“In the first half we really played solidly on defense,” said Koper. “In the second half they began to run the ball effectively and drove it right down the middle of the field on us.”

Warrenton continued moving the ball, as Weir amassed 223 yards on 12 of 23 passing, with one touchdown and three interceptions. But the drives came up empty on several occasions, with the Warriors not scoring again until the final seconds of the game on a short run by Weir.

Already operating with a sparse roster, Warrenton is now battling an ongoing injury plague which has cut deep into its lineup. The Warriors went into Friday minus three starters and are now down four, with senior John Starkey suffering a season-ending broken fibula.

“I think overall we played about as solid of a game as we can due to all the injuries we’ve had,” said Koper. “When you’re already thin, it’s tough to adapt.”

This has meant the consistent presence of underclassmen on the field, with three freshmen again manning the offensive line.

Those first-year players have already been contributing in other areas of the field at the varsity level.

Freshman Austin Haas complemented Jones in the running game, with 33 yards on six carries, along with 49 receiving yards on two catches.

Defensively, freshman Mason Stout led the way with two sacks.
Among the upperclassmen making an impact has been senior Joe Evans, who had 53 yards on five catches and a team-best eight tackles, along with Weir.

Brosenne and Meine each claimed an interception.

The Warriors had a matchup scheduled against GAC North Orchard Farm on Friday.

“They run an old school offense we haven’t seen much this season so far,” said Koper. “On film they look similar to Winfield.”

A win would secure a share of the conference title for Warrenton.