DECATUR, Ill. ― Every college coach in the nation, regardless of sport, level, or school, talks about establishing a culture. This culture is what not only sets up a current team for success, but … 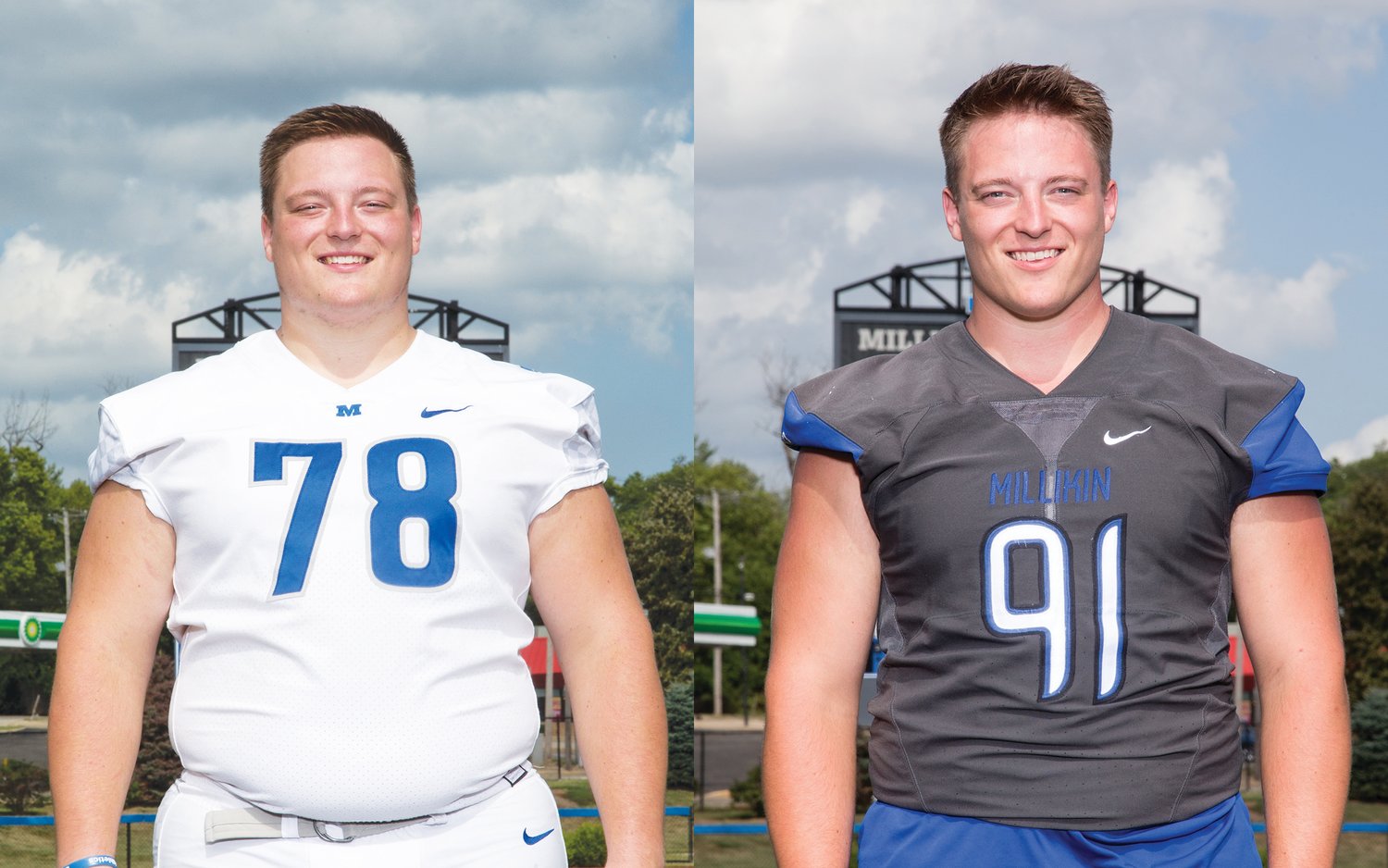 DECATUR, Ill. ― Every college coach in the nation, regardless of sport, level, or school, talks about establishing a culture. This culture is what not only sets up a current team for success, but can come to define a program long after those players are gone.

Most coaches hope that each player they recruit turns into a pillar of that culture they are trying to build. When twins Alex and Chris Vogt came to Millikin in the fall of 2018, Coach Dan Gritti got two of them.

“They’re leaders on and off the field, they’re involved in their community, they’re excellent academically, and they’ve been great contributors during their time here… I wish I had more like them,” said Gritti of the pair.

“For most of my life I would have rather played baseball in college,” said Chris. As a high school pitcher, he even had some DIII and NAIA schools interested in him doing so collegiately, but pursued football simply because it was what he was better at. “I loved everything about baseball more… I just had a football mind and a football body,” said Alex.

The brothers’ days of playing in both sports trace back to their first days of playing football. At the 9U level the boys started at, players had to be under a certain weight in order to carry the football. So, even though the boys started early and were playing up an age group, this landed the twins in the trenches, where they stayed and grew into the men they are today. Football wasn’t the only thing that brought them to Millikin though.

The Vogts come from Warrenton, Mo., a small town with a population of roughly 8,000 about an hour west of St. Louis. They’ve lived there their entire lives - their father works at the post office in town, something they point to as a main reason they know just about everyone in town.

Their father was also their baseball and basketball coach growing up, but it was their mother who was the biggest football fan in the house. Her brothers (the boys’ uncles) had both played, and one of them even played at CCIW conference rival Washington University in St. Louis.

Football also has a big presence in the town.

“There’s a lot of community support,” said Chris, citing times he’d been stopped at Walmart by a Warrenton High School alum congratulating him on a good game. “The whole community always comes out to the football games.”
It’s a very close-knit town, too.

“A lot of our friends’ parents graduated with our parents… it’s kind of like one big family,” said Alex. This “family” is a part of what makes Warrenton a special place. It’s also a large part of the reason the Vogts ended up at Millikin.

They could have easily stayed in Missouri for college, and they had chances to do so. Colleges such as Truman State University recruited them for their football program. Instead, the boys wanted to break out of their comfort zone and challenge themselves to see life outside of Warrenton.

“Our whole family is from there, grew up there, [we’ve] lived there our whole lives… it’s like 98% the same people,” said Alex.
Chris added, “we just wanted to experience some new stuff.” On top of that, Millikin granted the two of them -- both education majors -- a chance to get into the classroom quicker than any other school they visited.

“[At] most schools you don’t get into a classroom until your senior year, so if you decide you don’t like it, you’ve wasted three-plus years down the drain,” said Chris.

“No way I was waiting four years to make that decision,” Alex chimed in.

According to the statistics from the US Census, Warrenton’s population is 93% white. Coming to Millikin gave them an opportunity to immerse themselves in a diversity that didn’t exist back home. “It was definitely culture shock at first, but that’s what we expected, and that’s what we wanted,” said Alex.

Trying new things isn’t new at all to the brothers. Chris tried picking up a banjo a few years ago and learned a few songs, but a broken string that never got replaced put that on hold. Alex, too, tried something new this past summer. “I gave wine a shot for the first time… it’s actually pretty decent.”

During the pandemic, they even picked up a new sport.

“During COVID in Warrenton, there was nothing to do, so we got into disc golf. Warrenton built a disc golfing course so we went to Dick’s and bought the most basic disc you can get and started playing,” said Chris. “Now we have like 20 discs and we play all the time with our dad. It’s a lot of fun.”

While Alex plans to return to the greater St. Louis area after college to teach and coach at the high school level, Chris has a new journey in mind.

He is looking to explore somewhere brand new after his time at Millikin is through.

“I’m not exactly sure where I’m gonna go… I’m just going to apply anywhere that interests me, and see what happens after that. We’ll see.”

While exactly where he ends up is still to be determined, he has some places in mind, including Tennessee, Arkansas, and Kentucky, or even heading out west.

The Vogts have certainly left their mark during their four years spent at Millikin. In the classroom, the twins have each been dean’s list students, as well as named CCIW academic all-conference in 2018, 2019, and 2020. On the field, they are true leaders, and have been starters this season, with Chris on the defensive line, and Alex on the offensive line.

Coming to Decatur, Ill., and playing football at Millikin wasn’t always the plan for Alex and Chris Vogt, but it turned out pretty well for them. As Chris put it, “Looking back, I’m glad things turned out the way they did.”

This story first appeared in The Decaturian, the student newspaper at Milliken University.