Warrenton seniors reminded to make the best of their time

Few students have had quite as many lessons about how much life can change in a day than Warrenton High School’s Class of 2022.

Although the COVID pandemic has loomed over education for two …

Warrenton seniors reminded to make the best of their time 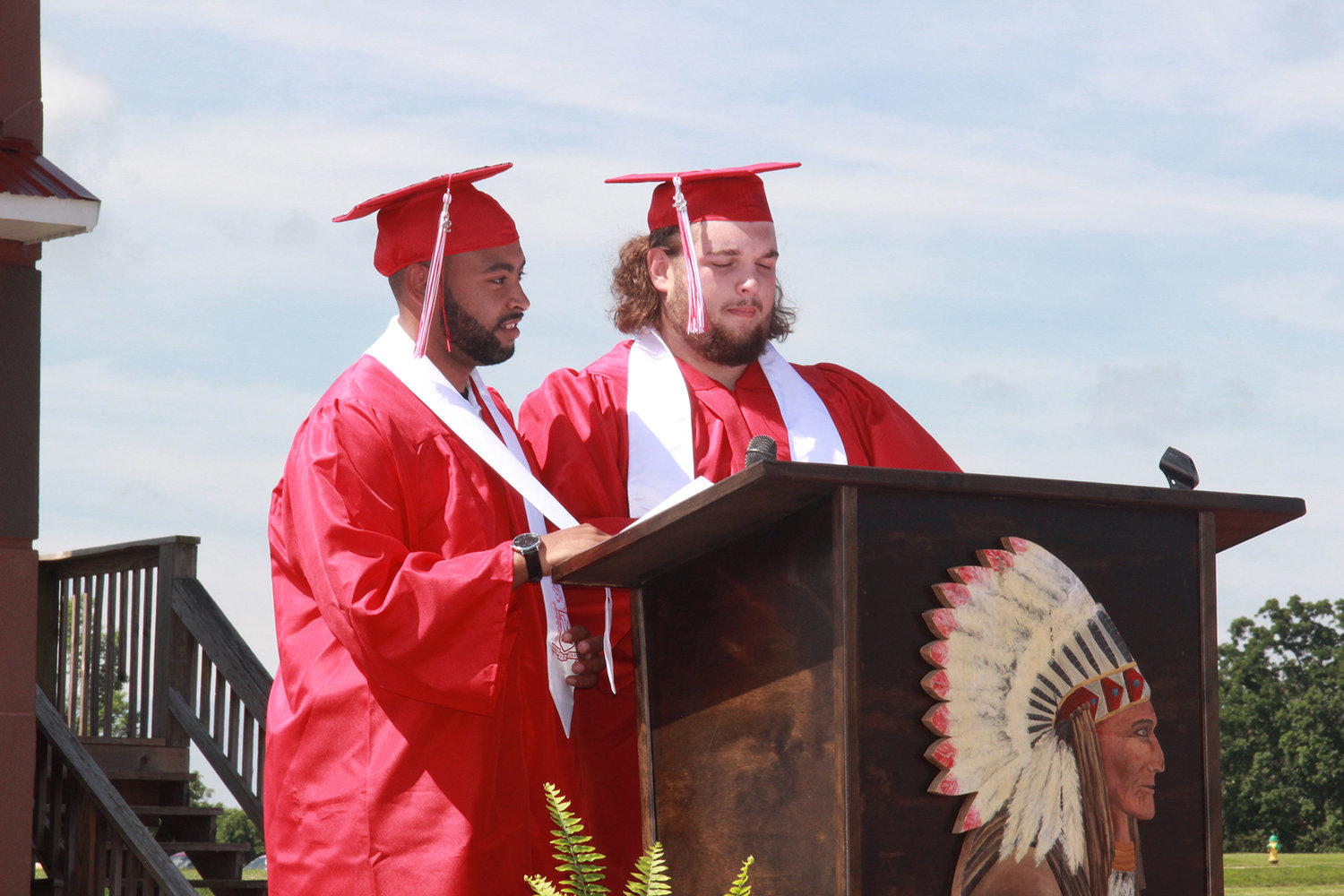 Warrenton student speakers Issiah Jones and Thomas Ray comment on how much life can change in a short time and remind their classmates of the difficulties they’ve overcome in the past four years.
Adam Rollins photo
Posted Wednesday, June 15, 2022 12:00 am
Adam Rollins, Staff Writer

Few students have had quite as many lessons about how much life can change in a day than Warrenton High School’s Class of 2022.

Although the COVID pandemic has loomed over education for two years now, this class was introduced to trauma and tragedy well before the virus arrived. In September 2018, as this year’s graduates were just settling into their freshman year, they were forced to confront the loss of senior classmate Megan Gross, who was killed in a severe car crash.

Student speakers Issiah Jones and Thomas Ray reflected on that tragedy during their address to seniors at the Warrenton High School graduation ceremony on June 11.

“This incident showed us that bad things can happen to good people. Most importantly, some things will happen that are going to scare us, and you have to grow up when you are not ready,” Jones and Ray said.

In their sophomore year, COVID-19 descended upon the world and closed school months early. It then dogged their education for the next two years.

“We were all scared, and mostly frustrated. We quickly learned that the teachers here at Warrenton High School were our rock. They stayed strong ... they made us feel like school was normal, even though it wasn’t,” the speakers said.

It was an emotional day to finally reach the end of these four years, including for Principal Brad Ross, who is finishing his last year at the high school after previously looking after these students as an administrator at Black Hawk Middle School.

“For the past six years, I’ve sat with you when you and your friends could not get along, or when somebody broke your heart,” Ross told the seniors, while holding back tears. “I’ve watched you grow up. And as you step out and walk across this stage, I want you to know it’s been the joy of my life. I don’t know what, if any of it, we could have called normal, but we were together, and it felt right.”

Invited to attend the graduation as the class’s commencement speaker, 1996 Warrenton graduate Erin O’Neal also shared his perspective on the passage of time. O’Neal’s daughter was among the graduates of the Class of 2022.

“Time is our most valuable resource, our greatest commodity. It’s a resource we’ve been given an ample supply of, but we have a tendency to waste,” O’Neal said. “You and I have the same 24 hours in a day as some of the world’s most productive people. ... When you roll out of bed in the morning, decide how you’re going to use your 24 hours and get after it.”

Time is fleeting, O’Neal added. As we think or worry about all the things the future holds, today is slipping by.

“We all think we have time, but our life can change in the blink of an eye, and tomorrow is never guaranteed. ... I’ve gained a great appreciation for life’s moments, both the big and the small, and I hope you can do the same,” O’Neal told the graduates.

Over 200 seniors graduated from Warrenton High School this year.

Click this link to view our photo gallery from this year's graduation.