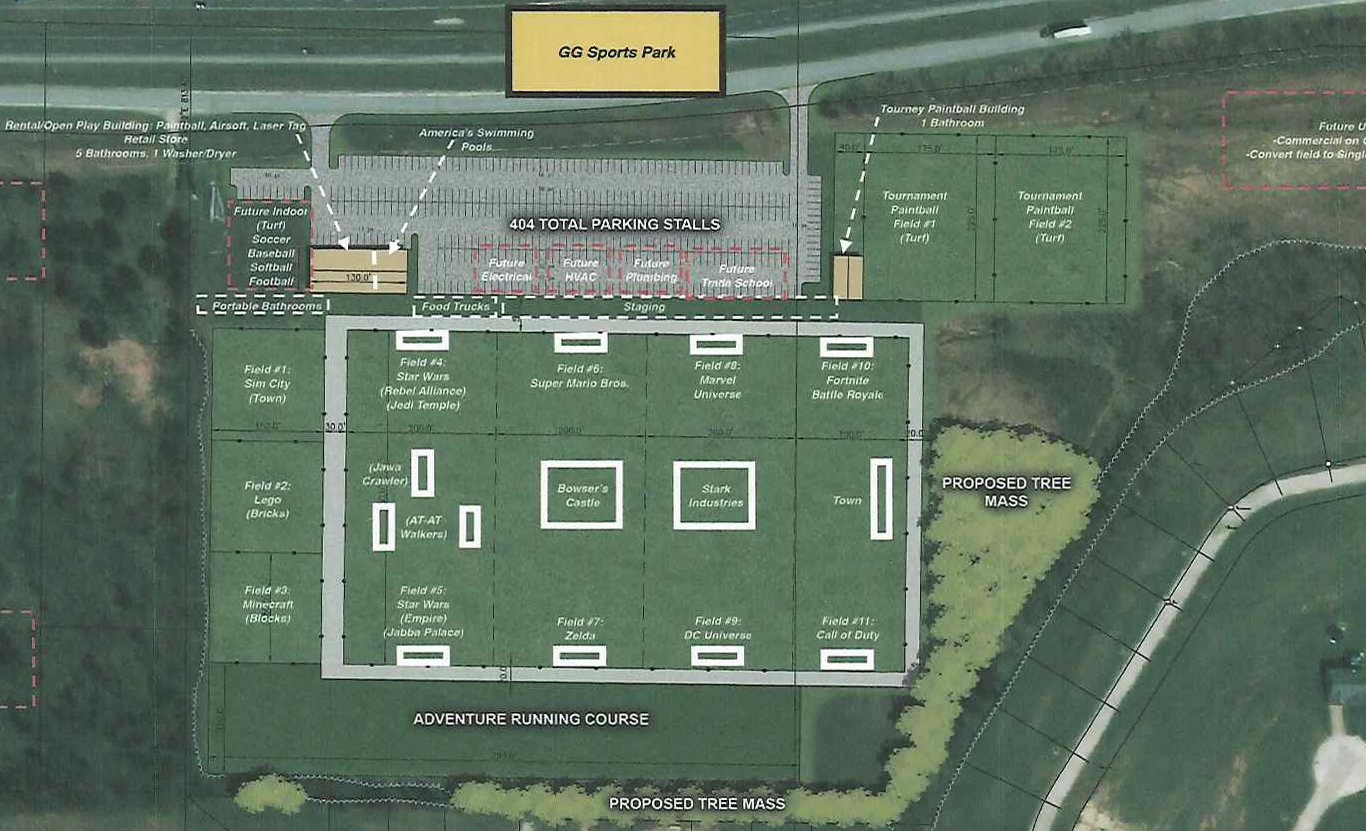 A paintball and airsoft sports park currently under development in Truesdale is shaping up to pull double duty as a small business park after the land owner received licenses for two more entertainment businesses last week.

A bounce house company and a seasonal fireworks stand are the latest addition to owner Dustin Loeffler’s roster of commercial services that will eventually be housed at the site of Good Game Sports Park, a recreational facility that Loeffler is developing on Veterans Memorial Parkway, just east of Spoede Lane. The Truesdale Board of Aldermen unanimously approved permits for both businesses.

The bounce house business will share some of the same facilities and resources as the paintball park and a pool service company that has already received a permit, Loeffler said. Plans for the park property show one main commercial building where material for Loeffler’s businesses would be stored. The building is also planned to have a separate, customer-accessible area where paintball and airsoft equipment will be sold.

Loeffler commented that he has already been selling contracts for pool installation and maintenance to area homeowners.

“We’ve sold about 10 pools and 15 hot tubs, and we’ve got weekly cleaning of about 50 pools already. We’ll be hiring more this summer to help with that,” Loeffler said.

The seasonal fireworks stand that Loeffler just received approval for will be housed in a moveable, 40-foot steel container unit outfitted with merchant windows that can open and close, the business owner explained. The container would be towed to the park property during fireworks season, then towed away once sales are done.

The main recreational area of the Good Game park, currently undergoing large-scale dirt moving on the 30-acre property, is tentatively scheduled to be ready by Memorial Day weekend, Loeffler said. He noted that the site work has been slowed significantly by a rainy spring.

“We’re about two months behind on construction, but we’re trying to bring that down to about a month behind by working longer days. The rain has just been brutal over the last month or two.”

When fully built out, the sports park will feature more than a dozen outdoor paintball fields decorated with themes based on popular video game and sci-fi movie franchises.