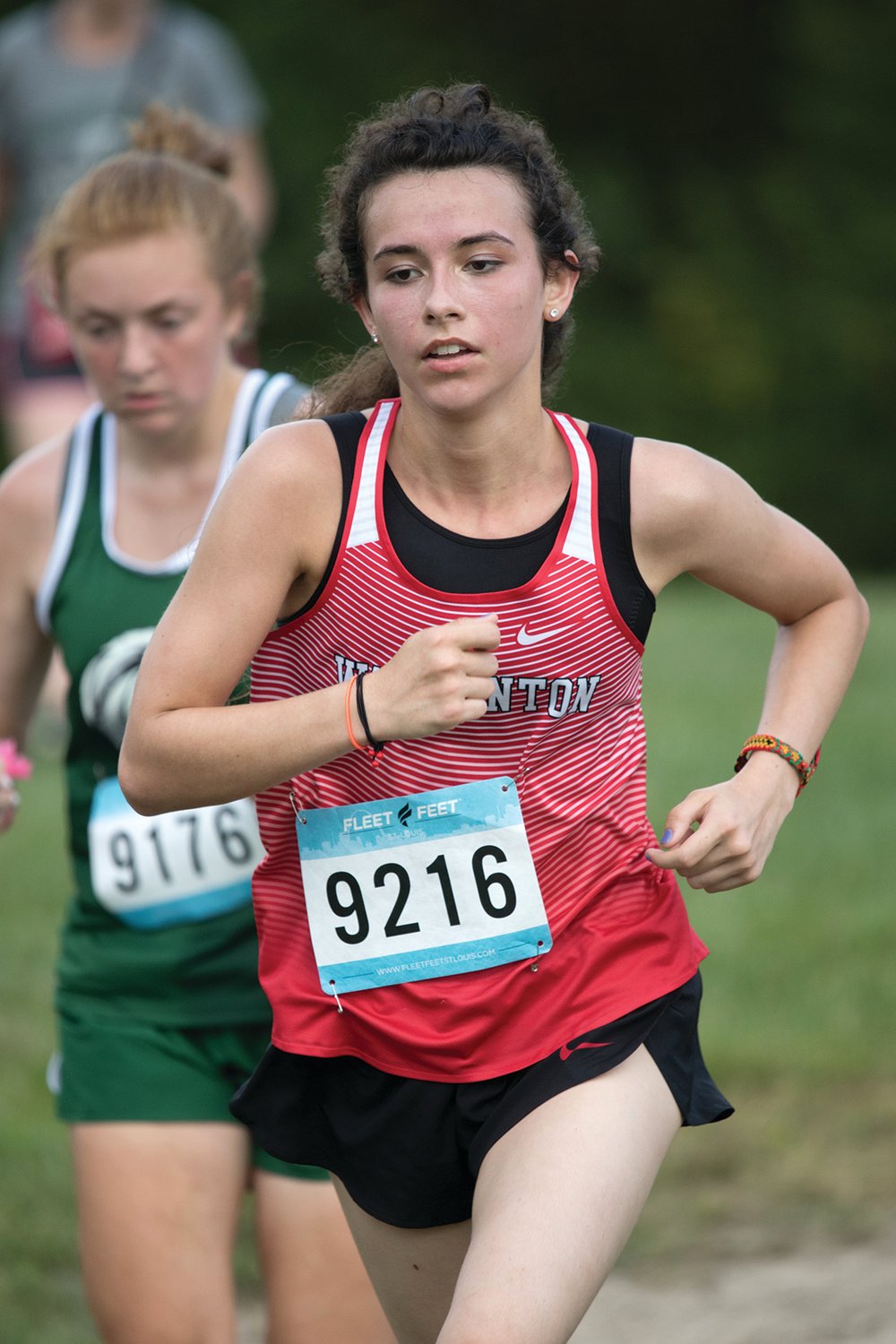 The top seven runners in each race earn all-conference first-team recognition, while the next seven fastest runners are named to the second team.

Wyatt Claiborne had the best finish for the Warriors, placing fourth in 17 minutes, 43 seconds in the 3.1-mile race. In the girls race, the lone medalists were Maddie Marschel who placed 10th with a time of 22:59 and Camryn Petersmeyer who followed in 12th in 23:15.

In the team standings, the Warrenton girls finished third out of four schools with 65 points. St. Charles West, which swept the top three spots and had six runners in the top 14, won the GAC North title with 24 points. Winfeield was second with 62 points.

“Wyatt had a solid race,” Warrenton coach Jeremy Collins said. “He may have gone out a little fast, but he is a strong runner and still was able to finish well. Overall, Wyatt is running well. He is staying consistent running in the mid 17-minute range. Out of our seven 5K races, he has been under 18 minutes in six of those races. I think he is in a good spot going into the end of the season.

“Maddie and Camryn had great races. Maddie has led the girls team in every race and she is a great leader. Even though Maddie was around a minute off her season best, she was still able to place 10th. That just shows how good of a runner she is. Camryn has been improving as the season goes on. Three of the last four meets, she has run her season best. As the race went on, Camryn kept running strong and had a great finish.”

Collins also pointed out the great performances from two other girls runners. Briana Grooms fell one spot shy from earning a spot on the all-conference team. She placed 15th in 24:24.

“For Grooms, her three previous races she was consistent, running in the 25-minute range,” Collins said. “At conference, she crushed her season best by 56 seconds. She just had a great day where everything came together for her.”

Emma Brengle, a first-year senior, followed in 19th in 25:24. She has reduced her time by over three minutes since the season began and set a personal best at the conference meet by over a minute.

“She just has a great attitude and comes to practice and works hard and she goes to meets and competes,” Collins said. “She has really become a nice runner and has helped our team. Her first meet she was our seventh runner and at conference she was our fourth runner. That is just a testament to how hard she has worked the whole season and a don’t quit attitude that she has.”

“On the boys side we were missing two of our varsity runners,” Collins said. “Coalton (Hill) and Noah (Cline) were under the weather and were not able to run. As a team we placed 4th. If we were at full strength, we would have placed a little higher. However, they still ran well.”

Warrenton is back in action this Friday at the Clayton Invitational. The district meet is scheduled for Saturday, Oct. 30.

Wright City competed in the Eastern Missouri Conference Meet Saturday with senior Zoe Riggs leading the way with a third-place medal. She completed the race in 20:37.

The top two spots in the girls race were swept by the Montgomery County duo of Malia Rodgers who took first in 19:25 and Lyric Ford who followed in second in 19:58.

The Wildcats had one other runner in the girls race with Aireona Hagan placing ninth in 23:19.

Wright City had only one runner in the boys race as Trent Bruning took 10th in 18:49. Dawson McCown of Montgomery County won the boys individual title in 16:35.