After undergoing Tommy John surgery and sitting out the majority of last season, Hunter Sherman is looking forward to hitting the baseball field with his Jefferson College baseball teammates. A 2021 … 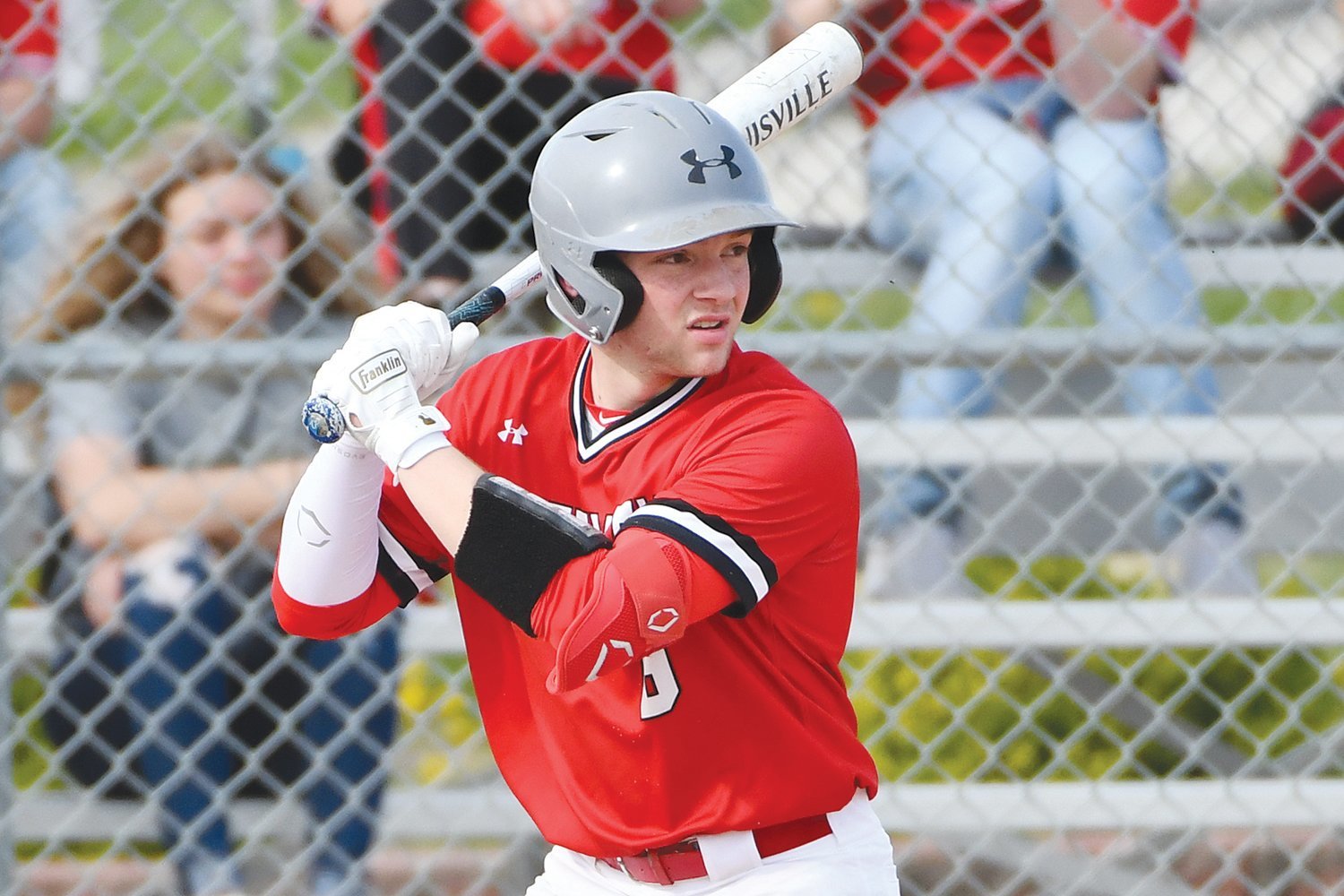 After undergoing Tommy John surgery and sitting out the majority of last season, Hunter Sherman is looking forward to hitting the baseball field with his Jefferson College baseball teammates.
A 2021 Warrenton High School graduate, Sherman committed to Jefferson College after playing for three seasons and four years at Warrenton. Sherman had a successful senior season at Warrenton. He was named first team all-state as a senior. He hit .451 with 25 RBIs in his senior campaign. Sherman believes he improved from his freshman season to his senior season.
“As I got older and progressed over the years, I would say my mental aspect of the game really changed because coming in as a freshman, I was kind of immature and I’d let things bother me that I really shouldn’t have,” Sherman said. “And then on the physical side, obviously I got stronger, faster. I think that really showed my senior year and I put up some of my best numbers of my career and it was really awesome.”
Warrenton High School baseball coach Eric Burle noted Sherman played on a good team his freshman year. The team won a conference title. He believes that experience with a good group of seniors helped Sherman develop into a leader. He believes that experience also aided the success Sherman had in the following seasons.
Shortly after arriving at Jefferson College, Sherman was dealt a setback that ended what should have been his first season at Jefferson College. Sherman dealt with arm pain here and there throughout his high school career. The pain got worse at the end of his high school career and was unbearable by the time he arrived at Jefferson College. Sherman noted he pitched at Warrenton at times throughout his high school career.
“My senior year, I pitched in the district game. That was really when things started really going bad,” Sherman said. “After that game, I really couldn’t throw a baseball and it hurt a lot. And I didn’t really think a whole lot of it. I played over the summer and it was really bothering me. By the time I got to Jeff Co., it was unbearable.”
Sherman went to the doctor, at which time he was told he needed Tommy John surgery. Sherman underwent surgery in November. The mental challenge was the biggest hurdle Sherman had to overcome through the rehabilitation process.
“It was really a mental process,” Sherman said. “That was the hardest part. You’d come in every day to physical therapy and it was just a struggle. You’d question yourself whether you’d be back to what you were before. If you’d ever get stronger. It was a struggle at times but it’s just something you have to push through and it worked out in the end.”
The mental aspect of Sherman’s game grew over his high school career, Burle said. Sherman was mentally tough by the time he graduated.
“Hunter’s mental and physical maturity grew substantially during his time in high school,” Burle said. “I have no doubt that he’ll be able to bounce back and be even stronger when he gets on the field.”
Prior to the official diagnosis, Sherman was able to play with the Jefferson College team in the fall. He was able to travel with the team in the spring even though he was not able to play in any games.
“It was kind of a new thing for me coming in there. I had no idea who anyone was,” Sherman said. “So it was kind of uncomfortable at first. But whenever everybody had found out that I had to have surgery, they were all very supportive and they were there for me the entire process.”
Sherman noted his family’s history at Jefferson College, stating his father played baseball there.
Sherman was cleared at the beginning of the summer to resume baseball activities. He has since taken some live at-bats. He also resumed weight lifting and throwing like normal. While seeing live pitching with an increased velocity at the college level was a challenge, Sherman has since adjusted to seeing live pitching for the first time since last November.
Sherman will be a freshman athletically after taking a medical redshirt last season. He anticipates primarily playing center field this upcoming season. Although Sherman mostly played shortstop, third base and pitched at Warrenton, Sherman thinks the move to center field has been a smooth transition.
“I really didn’t play center field that much in high school,” Sherman said. “I was mainly just shortstop, third base and pitcher. But center field has just come really natural to me and I enjoy it a lot.”
Sherman has his sights set on continuing the success he experienced at Warrenton High School at the collegiate level.
“After my senior year in high school, I really enjoyed having that success and obviously you want to carry that to the next level,” Sherman said. “As far as specific goals, I mean I’d like to hit .400 again. Steal some bases here and there. Hit a couple home runs. But really, it’s just getting back on the field after sitting out for a year.”