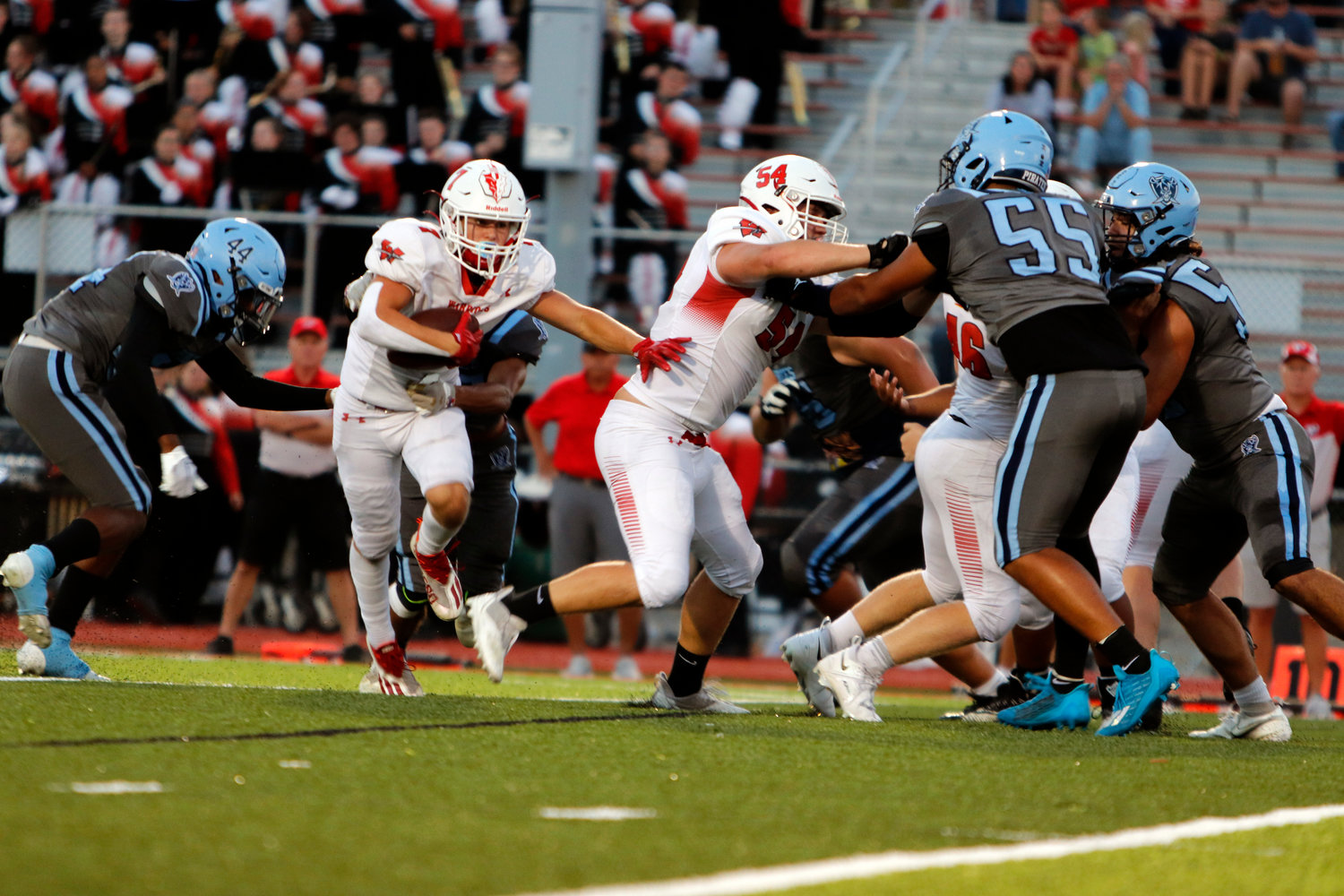 Warrenton sophomore Austin Haas carries the ball during a home game against St. Charles earlier this season. Haas was named to the GAC North first team at running back.
John Rohlf photo 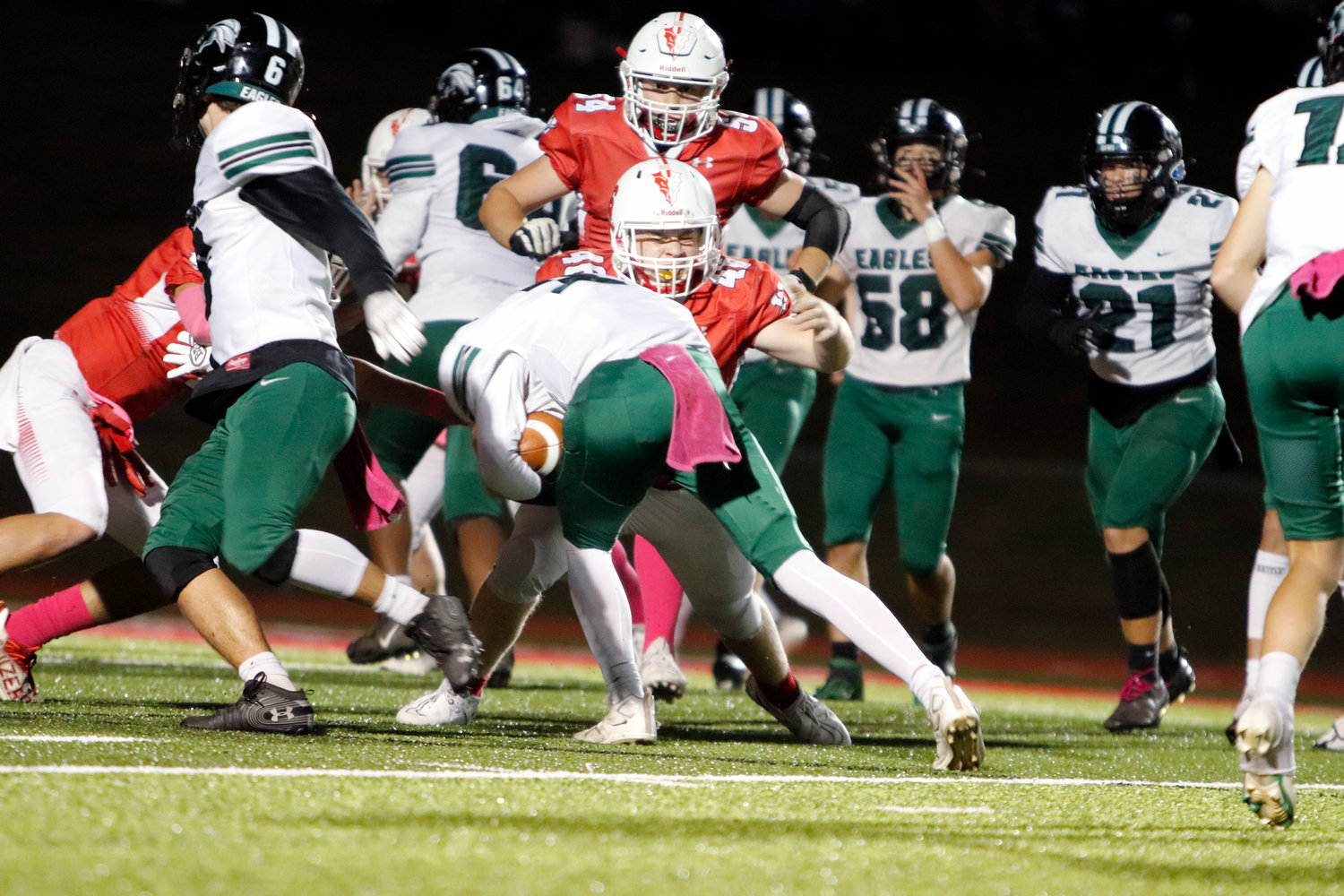 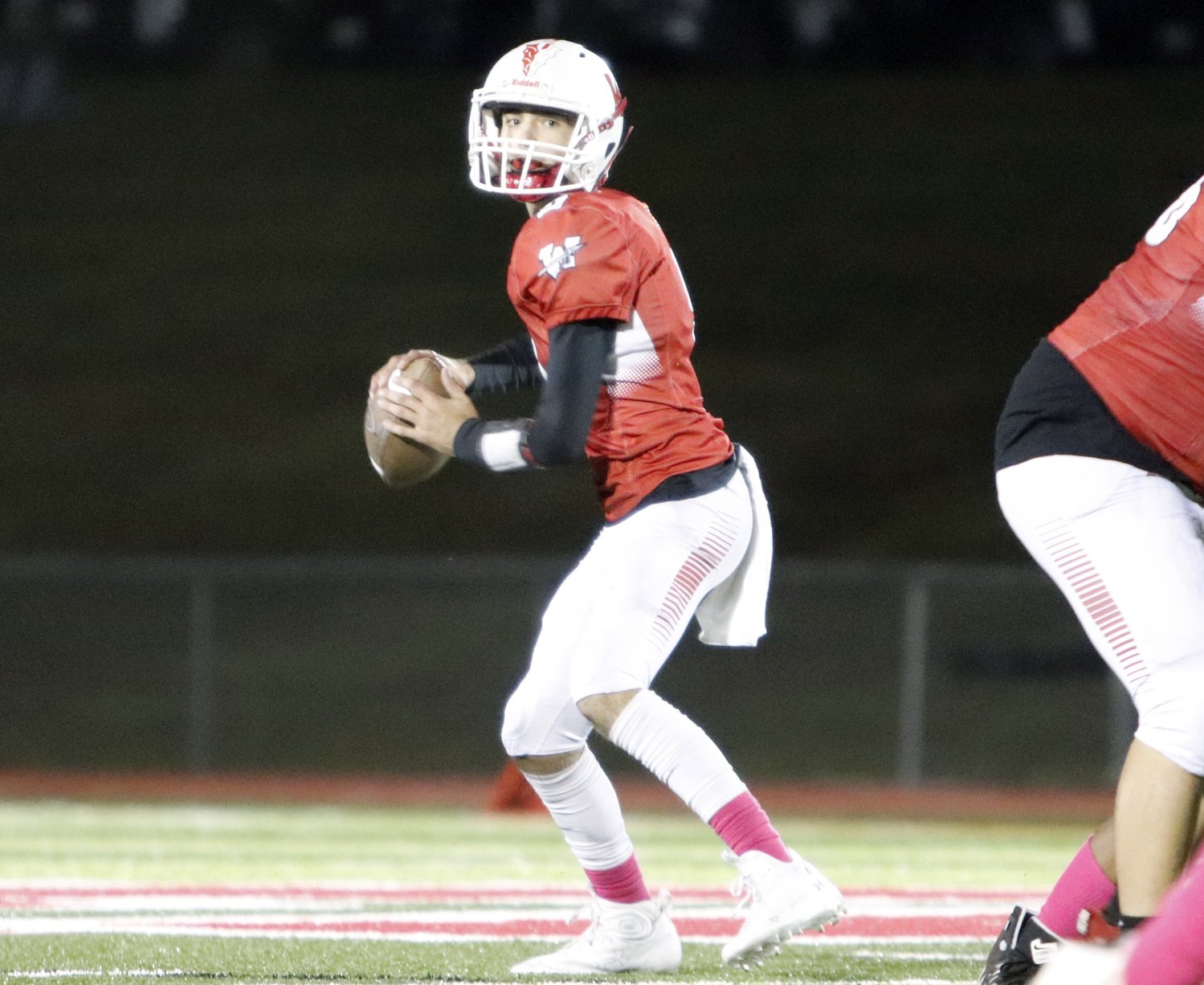 Warrenton junior quarterback Charlie Blondin drops back to pass during a game earlier this season. Blondin was named to the GAC North first team as an athlete.
John Rohlf photo 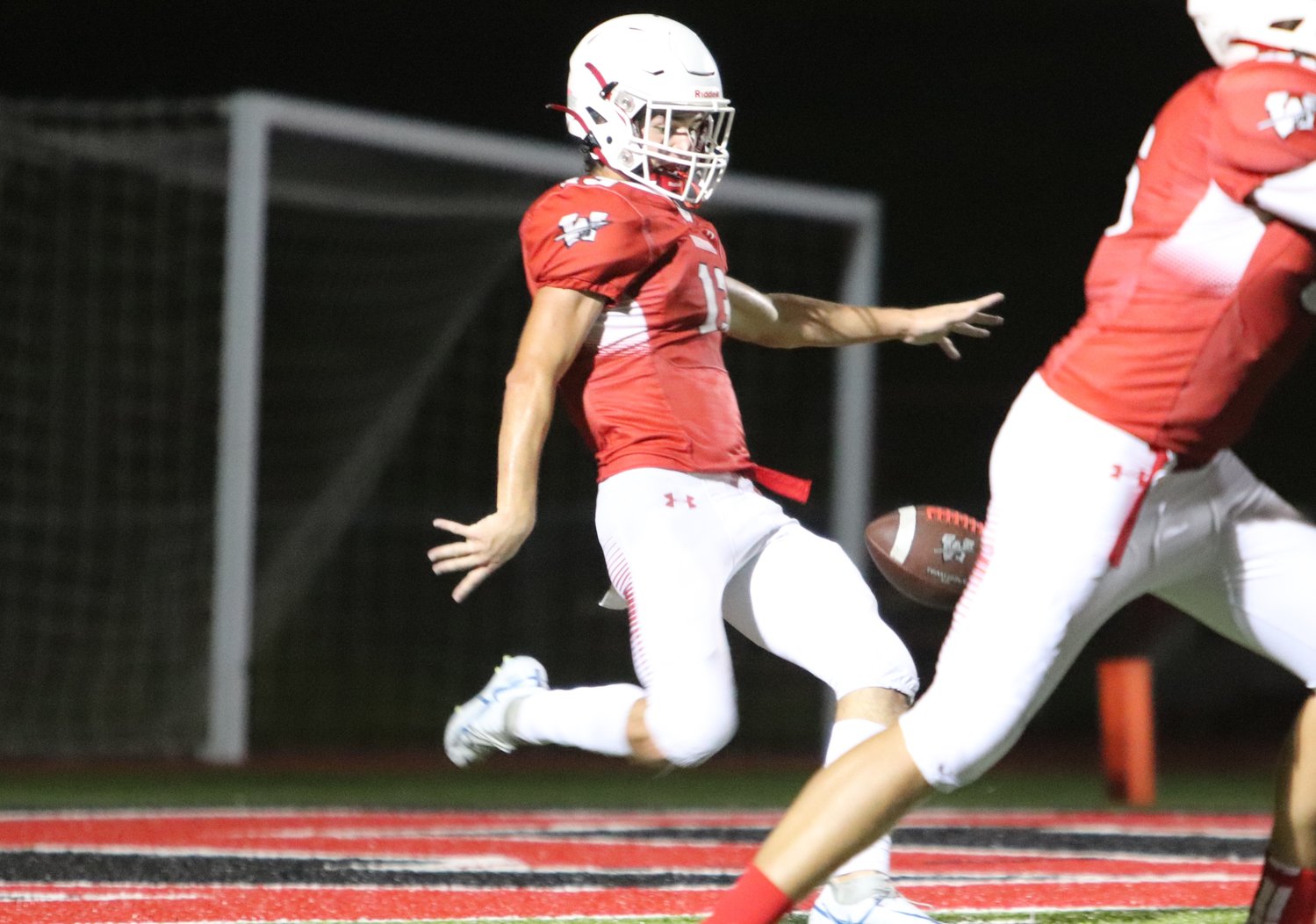 Warrenton sophomore Austin Haas was one of four Warriors to earn first team conference honors. Haas was named to the team as a running back. Haas ran for 574 yards in four conference games this season. He averaged over 5.4 yards per carry in conference games. He rushed for three touchdowns. He also hauled in nine catches for 114 yards. On the season, Haas rushed for 1,116 yards and seven touchdowns. He averaged over five yards per carry. He also hauled in 18 catches for 208 yards on the season.

Sophomore Mason Thompson was also named to the GAC North second team as a wide receiver. Thompson caught 10 passes for 213 yards and four touchdowns in conference games. He had 435 receiving yards and six touchdowns on the season.

Alex Wilson was named to the second team as an offensive lineman.

Jacob Ruff, Aidan Bond, Quincy Dodson and Javon Blair were all named to the GAC North second team on the defensive side.

Ruff was named to the second team as a defensive lineman. He registered 22 total tackles in conference games. He also had two sacks. He had 55 total tackles, five sacks and two fumble recoveries on the season.

Blair was named to the conference’s second team as a defensive back. He had 28 total tackles in conference games this season. He had 60 total tackles and two interceptions on the season.

Warrenton finished the season 3-1 in GAC North games. They finished the regular season with a 3-6 overall record.

Warrenton beat North Point 33-25 in the first round of the district tournament. They fell to Hannibal last week in the district semifinals.