After finishing 20th in the Class 3 state girls cross country meet on Nov. 6 at Gans Creek Course in Columbia, Wright City senior Zoe Riggs was happy to see a familiar face: It was her old coach, … 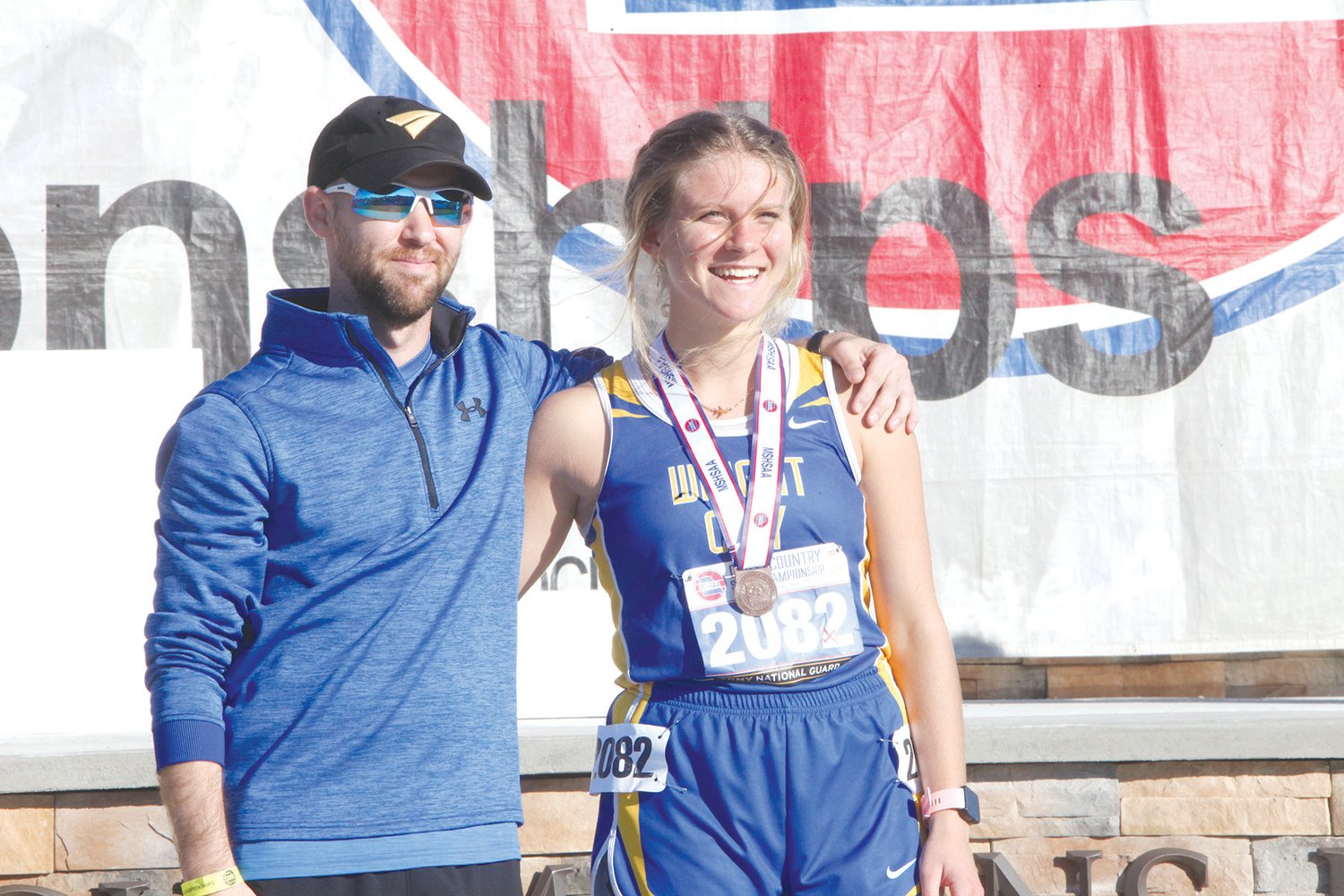 After finishing 20th in the Class 3 state girls cross country meet on Nov. 6 at Gans Creek Course in Columbia, Wright City senior Zoe Riggs was happy to see a familiar face: It was her old coach, Billy Garrett.

“I love him to death,” Riggs said.

Garrett, who retired as Wright City cross country and track coach after the 2020-2021 school year, got to see Riggs become the first Wright City athlete in 14 years to earn all-state honors in cross country in back-to-back years. A year ago, Riggs placed 17th for her first all-state medal.

“He came and supported me,” Riggs said. “He’s been in touch with me throughout the whole process. I really appreciated that.”

Riggs was also thrilled to end her two-year cross country career at Wright City with another medal. She was one of just five seniors who earned all-state honors at the Class 3 meet.

“It felt good,” Riggs said. “It reminds us that God is so good. I’m thankful for all of my friends and family who pushed me and supported me. I was doing it for them. I was just happy that I could do it.”

Riggs finished with a personal-best time of 20 minutes, 1.8 seconds at state. She was in 24th with one mile to go before passing four runners in the final mile to finish in the top 20.

Riggs earned a trip to Columbia by placing 13th with a 20:26 in the District 3 championship meet on Oct. 30 at Linn. She was the Wildcats’ lone representative at the state meet.

“I was a lot less nervous,” Riggs said. “I knew last year, I was so nervous. This time, I was thankful for it, ready to get it done with and just have fun at it. I’m glad I could do that.”

With the 20th-place finish at state, Riggs finished her senior season with 10 medals. She said she hopes that more Wright City runners will be on the medal podium in the future. The Wildcats, who are now coached by Chris McCulloch, will have three runners coming back next year.

“I hope that I have motivated other kids to go out and do it,” Riggs said. “We already have one girl who is really excited to push hard. She wants to train with me in the off-season and get some advice. Hopefully, she’ll go to state next year.”

Riggs said when she joined the Wright City cross country program last year, her goal was to be an all-state medalist.

“I’ve put in the work since day one,” the senior said. “My mom ran in college and she knows all about it and what to do and what not to do. I try my best to be my best and do it.”

Now, Riggs is looking to get some more all-state medals in track next spring. She placed second in the 1,600 and fourth in the 800 in the Class 3 state meet in May.

“I’m so excited,” Riggs said. “Track is by far my favorite. I’m ready to keep pushing and do better in that.”