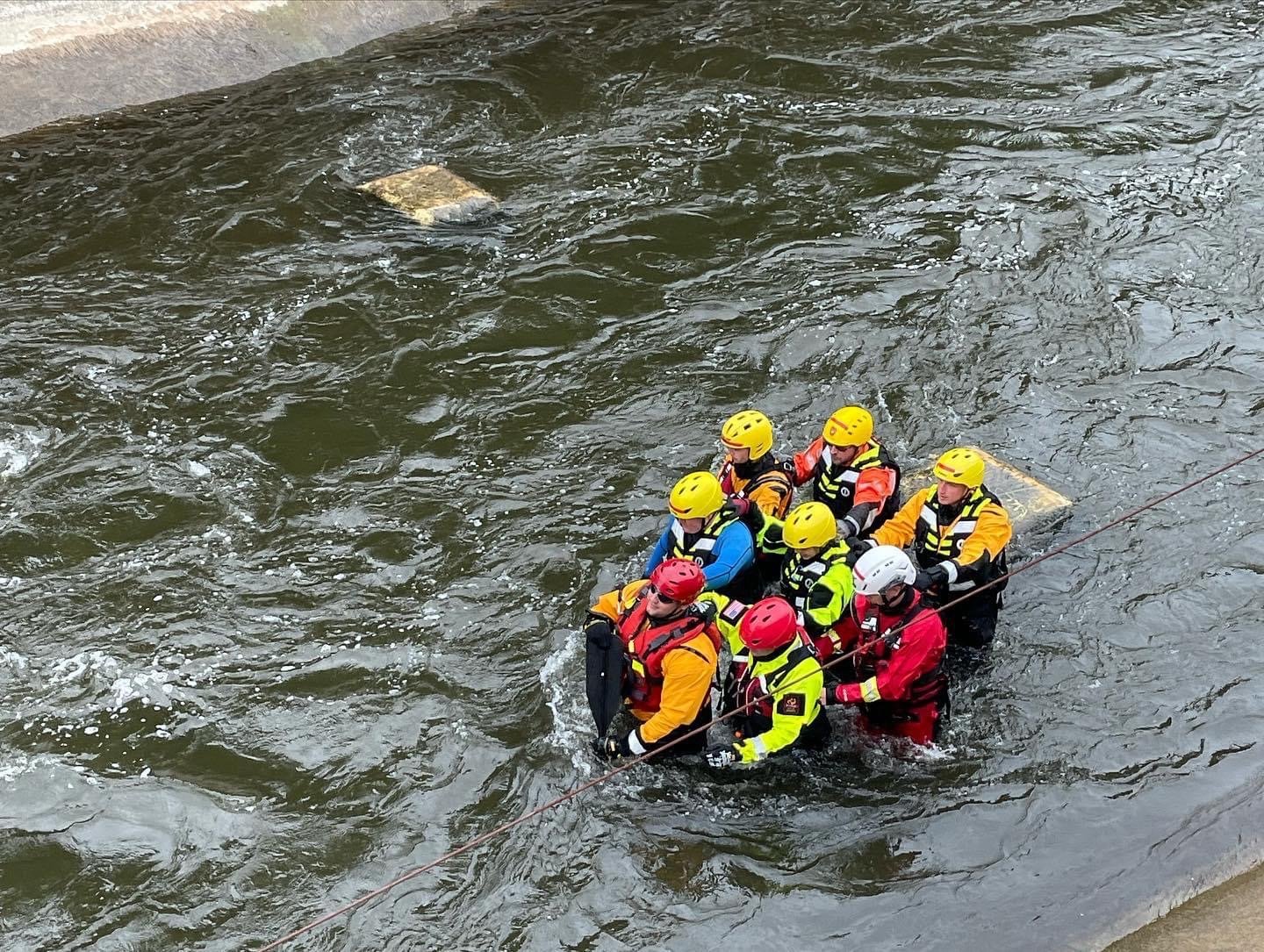 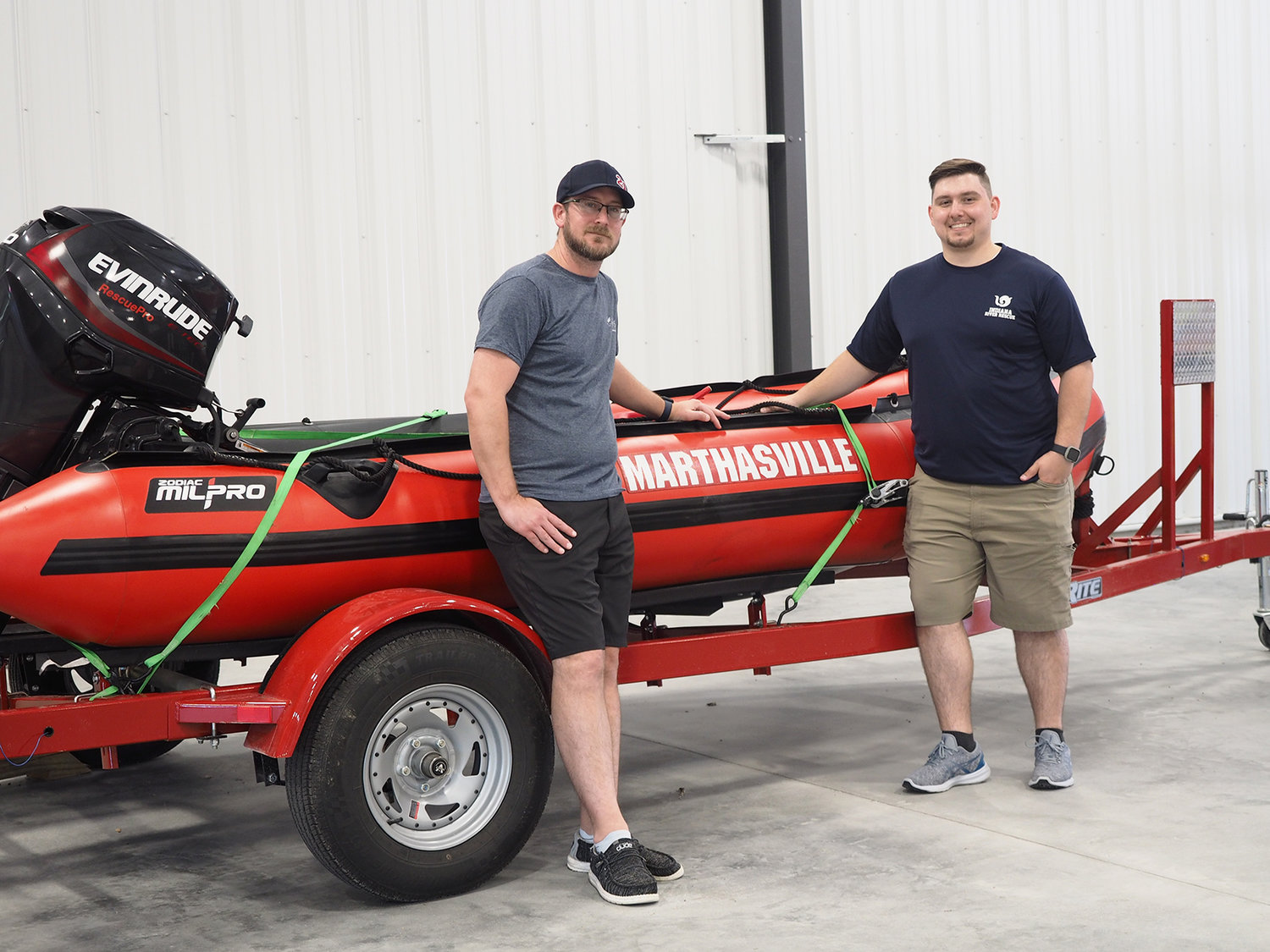 The firefighters received their certification at the Indiana River Rescue School, formed in 1983 in South Bend, Indiana, by its parks department and the Ohio Dept. of Natural Resources. The five-day school takes place on the St. Joseph River at its L-shaped dam and the controlled 2,000-foot East Race Waterway.

Team-building is critical as the students learn boat operations, rope rescue systems, rescue exercises, search techniques and other life-saving skills. The race waterway is the only artificial white water controlled course in the country.

Both Marthasville firefighters stated they have had an interest in attending the school for a long time. Each felt they had the swimming skills and the stamina to complete the course, but both had to admit the physical challenge it took to succeed was even more than they expected.

“You can do more than you think you can do,” said Timpe. “Along with being in the water, fighting the current, there is a lot of problem solving going on at the same time. You control what you can. The safety of you and your partner is first.”

DeVore said in addition to learning the skills it takes to be a swiftwater tech, he also learned more about the department’s Zodiac rescue boat. DeVore said with the proximity of the Missouri River and smaller streams that experience flash flooding, he felt the training was beneficial for the MFPD and the community.

“I would do it again,” said DeVore. “I feel like I am prepared to respond to a call.”

Timpe said the next step is to join with other MFPD swiftwater technicians and train together as a team, including more work with ropes, anchoring devices and the department’s rescue boat.

Johnson said this training would not be possible without the support the community gives to the MFPD barbecues held twice annually. Proceeds from the barbecues fund swiftwater equipment and training. The next barbecue will be held Sunday, July 24, at Marthasville Station 1.

“We are very appreciative of our volunteers and their willingness to take a week off of work and away from their families to help make our community safer by taking this critical training,” said Johnson.