But don’t expect new construction in near future, director says

The Scenic Regional Library District is finalizing deals to purchase new land in Marthasville and Wright City as part of long-term plans for expansion in Warren County.

The land acquisitions are …

But don’t expect new construction in near future, director says 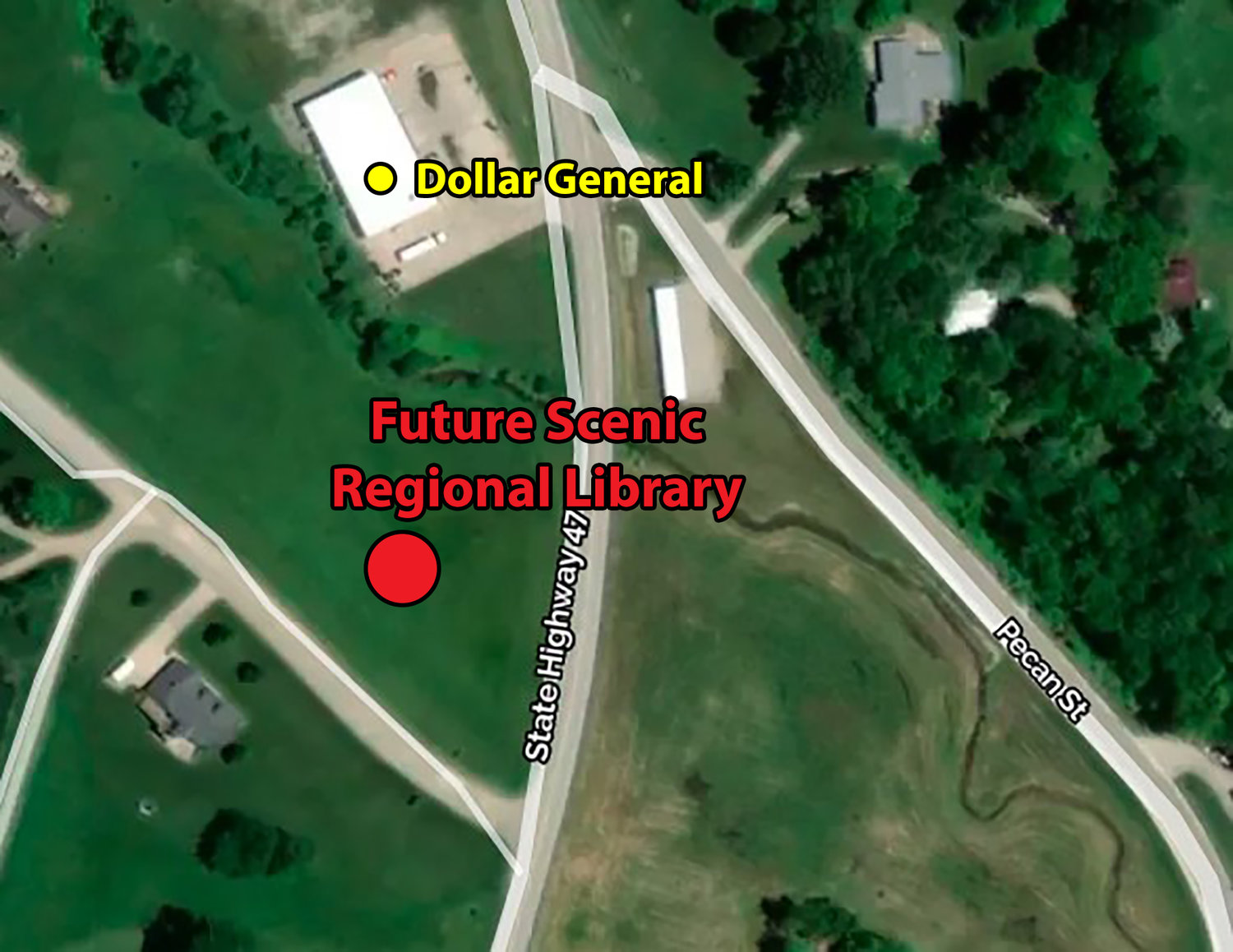 FUTURE LOCATION — Scenic Regional Library District has purchased land in Marthasville to eventually build a local library branch. There’s no timeline for actual construction, which is probably still years away.

OPEN GROUND — Scenic Regional Library District purchased more than 2 acres of land along Highway 47 in Marthasville, just south of the Dollar General. The property will be kept in anticipation of one day building a Marthasville library branch. 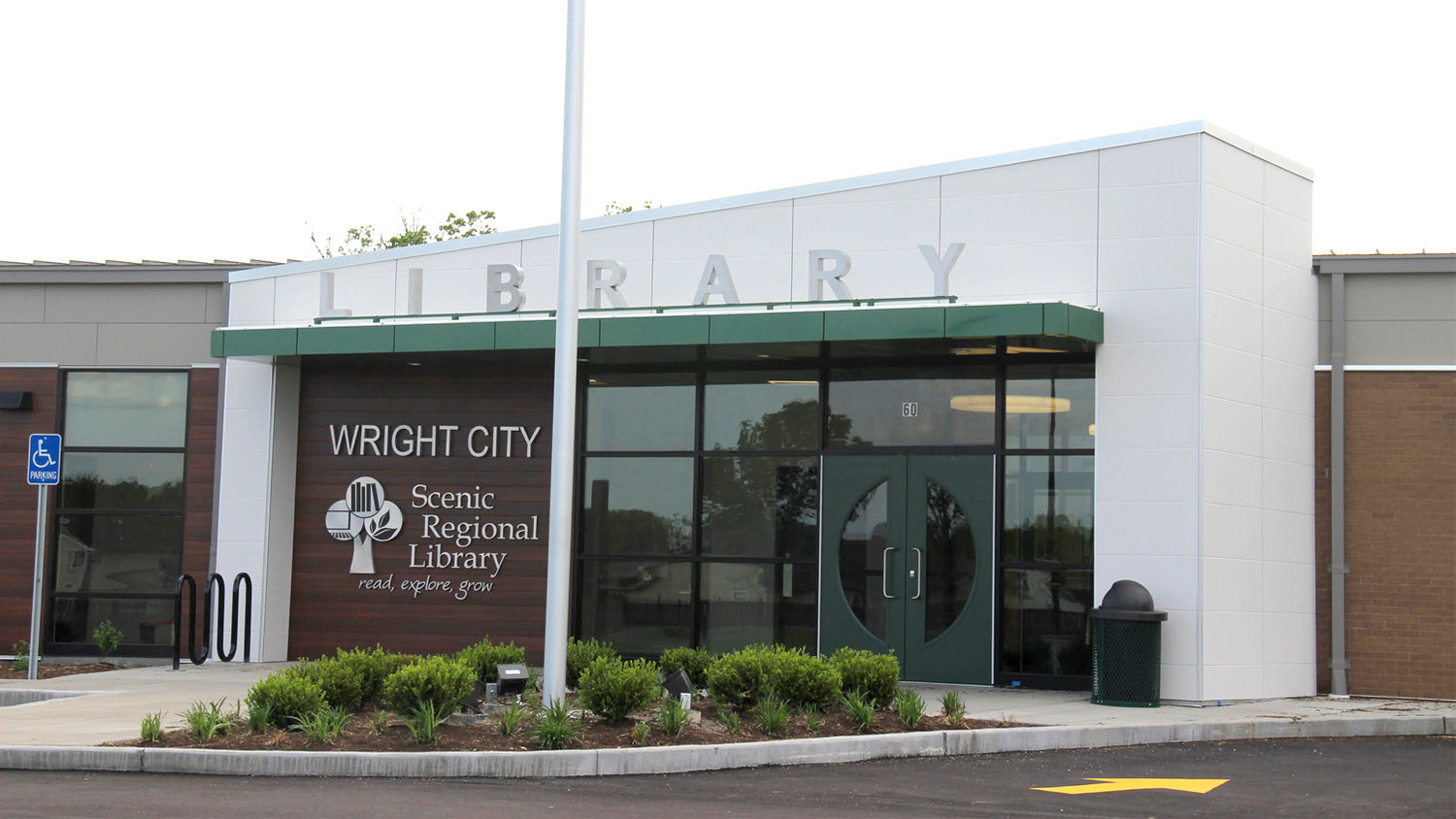 The Scenic Regional Library District is finalizing deals to purchase new land in Marthasville and Wright City as part of long-term plans for expansion in Warren County.

The land acquisitions are intended for future construction of a new library branch in Marthasville and expansion of the library building that currently serves Wright City, said library district Director Steven Campbell. However, Campbell said neither land purchase will be immediately followed by construction. Rather, the library district is acting in anticipation of future need.

“This is setting us up so that when we’re ready and when we need to, we can begin working on the projects,” Campbell explained. “We’re always looking way ahead into the future. They’re putting so many houses up in (Warren County) that if we didn’t already have land ... if we waited a while and that growth kept happening, there might not be any lots available in three or four years.”

An expansion of the Warrenton library branch is also a possibility in the future, but the library district already owns enough land there to allow that expansion to happen, Campbell added. No architectural or engineer planning has begun for any of the future Warren County projects, he added.

In Marthasville, Scenic Regional Library District has purchased more than 2 acres of land along Highway 47, just south of the Dollar General. The land was purchased for $50,000.

The move follows a persistent call from area residents and community leaders for the library district to provide more direct service to southern Warren County.

Campbell said the district acknowledges that desire, but is not yet committed to a timeline for the new branch. District leaders are waiting to see more growth from new homes and businesses before developing detailed plans.

The library district is purchasing less than 1 acre from the Wright City R-II School District in order to add onto its current building on Wildcat Drive in Wright City. The R-II School Board approved sale of the ground for $50,000 on Aug. 25.

The need for expansion in Wright City has actually taken the library district by surprise, Campbell said.

“We built the Wright City branch in 2018, and the population at the time was something like 3,100 to 3,400. Just in the four years since we’ve built the library there, the population has already increased 65 percent,” Campbell said. “We didn’t expect that to be so rapid. We’ve never seen that in our district before.”

With the ground being purchased, the library district will have room to double the size of the Wright City library building with another 8,000 square feet, Campbell explained. However, the library district’s board of directors hasn’t begun discussing any timeline for expansion.

The Scenic Regional district just this summer completed a five-year, $24 million building project that included expansion of multiple branches, including Warrenton, and construction of multiple new branches, including Wright City. Those projects doubled the amount of building space within the district as a whole, according to information from the district.

All those projects have maxed out the funding that the library district has available for construction debt, Campbell said. He explained that even if the library district recognizes additional need in growing areas of Warren County, it will take some time to be in a financial position to take on more projects.

Since the library is funded by property taxes, new construction and growth should eventually provide the district with more funding for construction, he noted.