Tied at 10-apiece following the opening quarter of the champinship game at the Battle of the Bourbon Tournament, the Liberty Christian girls clamped down on defense and cruised to a 43-27 win Jan. … 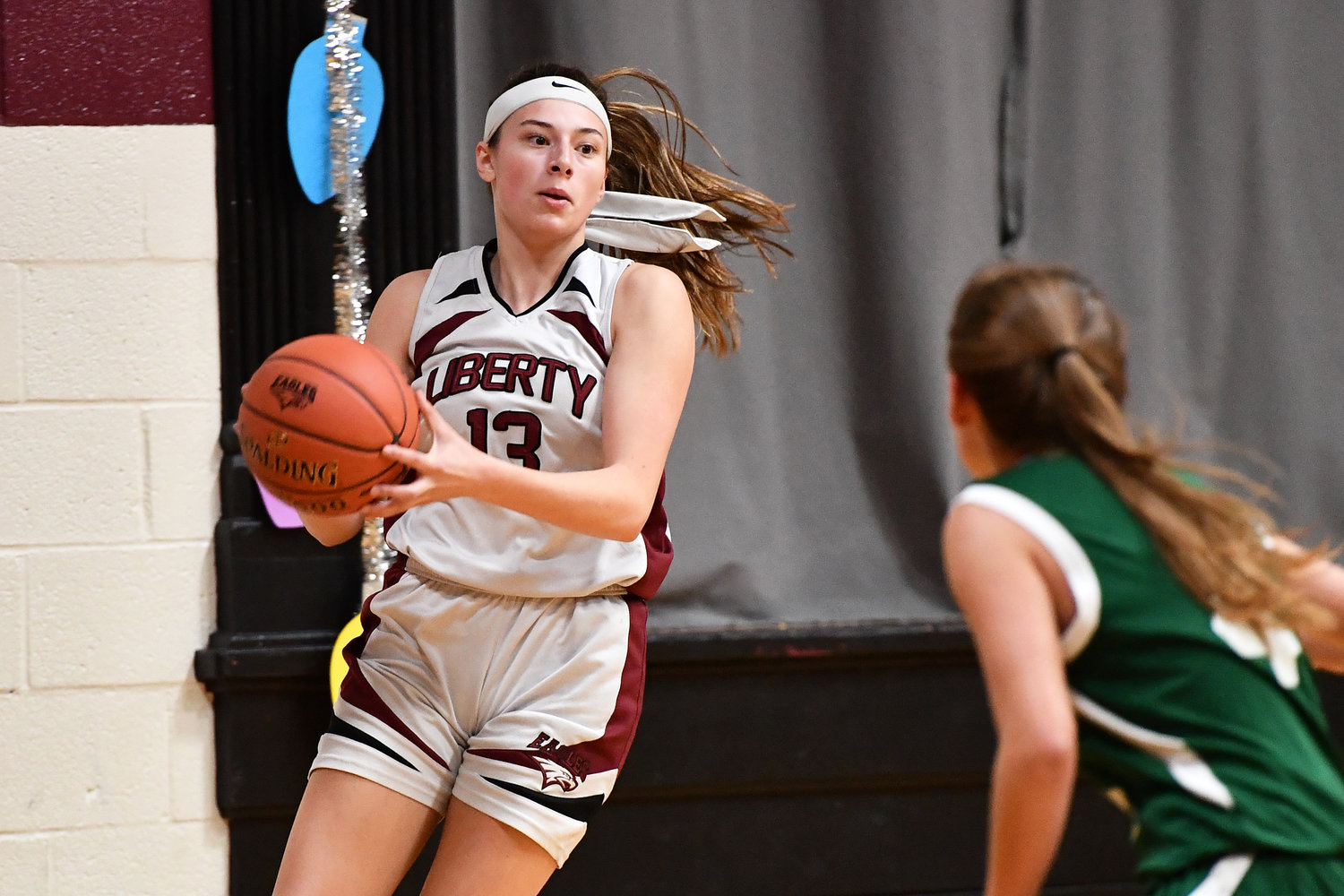 STILL UNBEATEN — Liberty Christian senior Gracie Foran looks for an open teammate during a game earlier this season. The Eagles captured the Battle of the Bourbon championship with a 43-27 win over Grandview Jan. 12.
Bill Barrett photo
Posted Thursday, January 20, 2022 12:53 pm

Tied at 10-apiece following the opening quarter of the championship game at the Battle of the Bourbon Tournament, the Liberty Christian girls clamped down on defense and cruised to a 43-27 win Jan. 12.

The Eagles held Grandview to single digits each of the final three quarters, building a 21-13 lead at halftime and holding a 32-19 following the third quarter.

The following night, the Eagles extended their unbeaten streak to 17 with a 70-43 triumph over Mid-Missouri Homeschool.

Liberty Christian led 18-5 after the opening quarter and 33-13 at halftime.

Jasmin Simpson scored 27 points but it was not enough as Wright City fell 47-41 to Louisiana on Jan. 11.

No other player scored more than six points for the Wildcats in the loss.

Simpson also had 16 rebounds in the losing cause, while Payton Simon and Katie Schanuel followed with eight and six rebounds, respectively. The Wildcats will host Liberty Christian this Friday at 5:30 p.m.