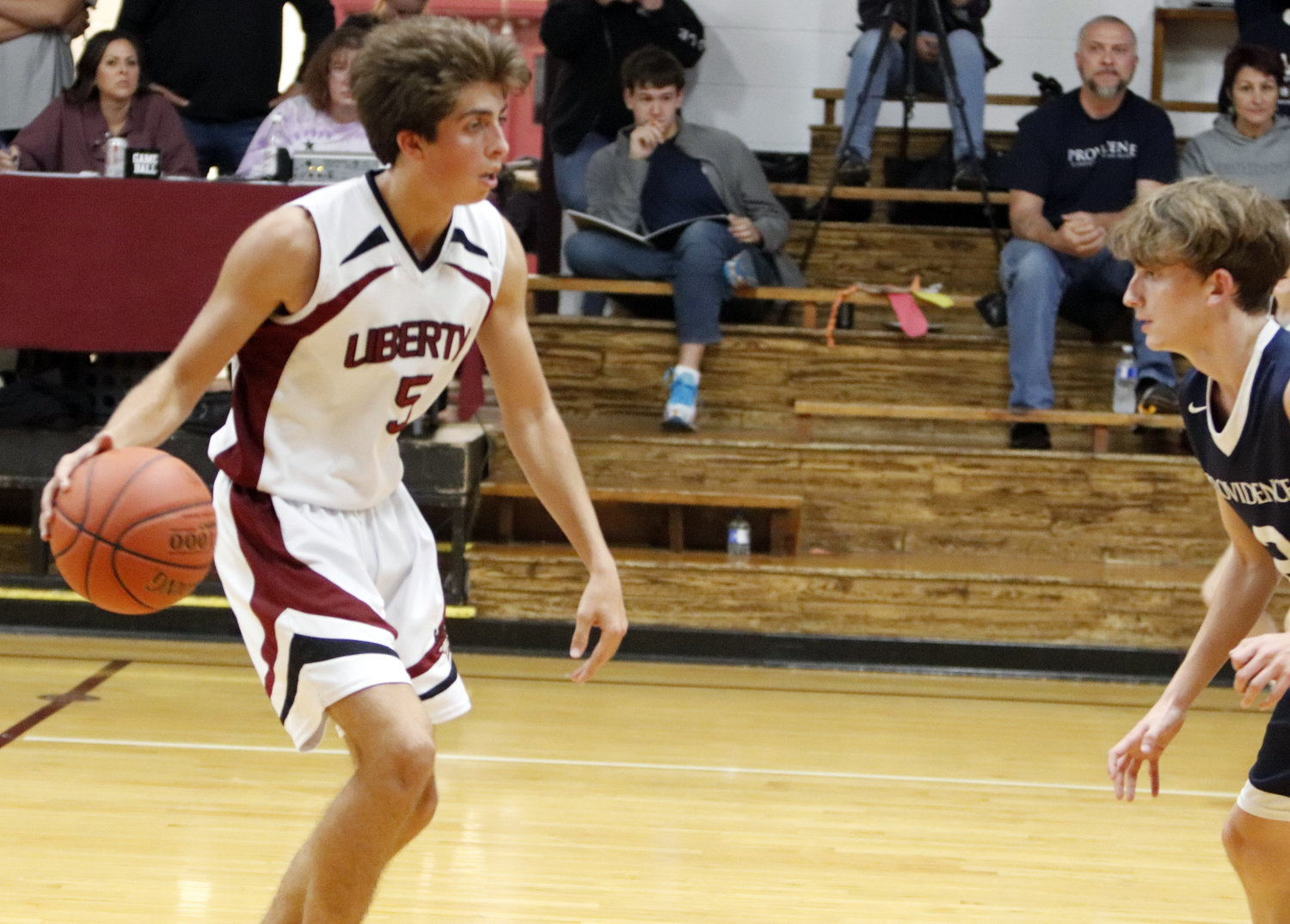 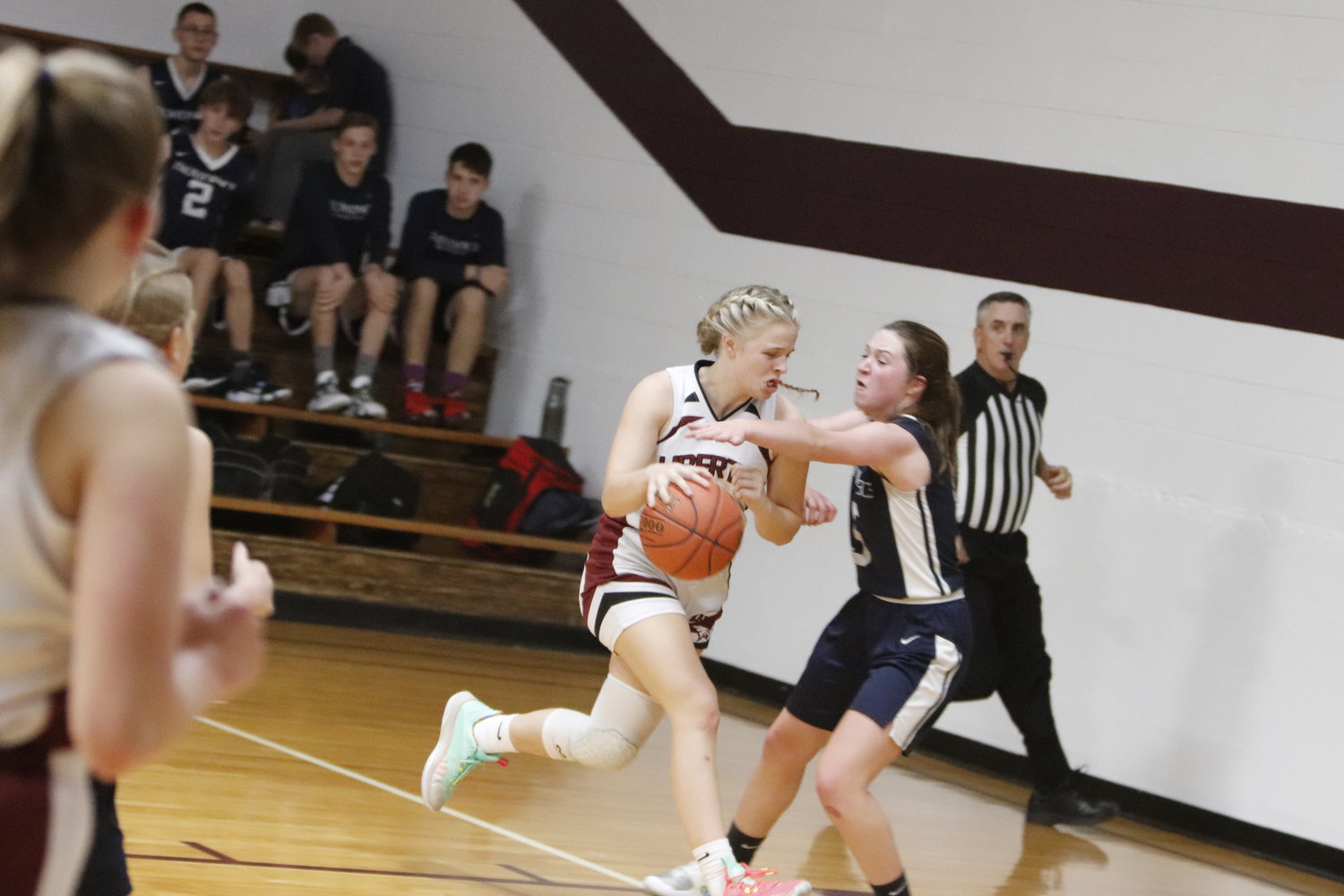 “They were a little down this year and we did what we should have done,” Liberty Chrstian basketball coach Butch Clark said. “I thought our defense was ok and we moved the ball. We’ve got work to do on offense to run the halfcourt offense. But our transition was pretty good. And Alli (Meyer) did a good job pushing the ball and getting it. Really, I thought all the kids did a fairly decent job.”

We’ve got a lot of things to work on,” Clark said. “It’s not coming along as fast when you’ve got that many new kids. Last year, we had everyone back. It was real easy on the girls. They all knew what they were doing. We started off the year building from where we ended up. We don’t have that luxury this year on either side. We might be a few more weeks away.”

The Liberty Christian boys basketball team rebounded from a loss in their season opener with a win over Cross Point Christian.

Liberty Christian senior Zach Dames recorded his second double-double of the season in the Eagles’ first win of the season over Crosspoint Christian. Dames finished tied for the team lead with 23 points. He led the Eagles with 18 rebounds and six assists. After missing the season opener, junior Jack Duvel scored 23 points for Liberty Christian. Sophomore Clinton Queen also reached double figures in the win. He scored 11 points.

The Eagles trimmed a nine point fourth quarter deficit to three points in the loss. The Eagles played the game without freshman Tommy Meyer and Duvel due to an injury and an illness.

Liberty Christian basketball coach Butch Clark thinks the Eagles got tired later in the game. He thinks this is a game the Eagles probably win if they were at full strength.

“I wouldn’t say we should have won it but we could have won it,” Clark said. “We sure had enough opportunities. We missed some shots that you don’t want to miss. Layups and free throws. And then a stupid play where we didn’t come out and play defense on our end when they give them the ball in the second half.”

The Eagles and Panthers were tied at 16 after one quarter. The Eagles trailed by one at halftime. The Panthers started the third quarter on a 9-1 run to take an eight point lead. The Eagles mounted multiple comebacks in the third and fourth quarter but were unable to tie the game or regain the lead.

“We were missing our point guard tonight,” Clark said. “We were missing one of our better scorers and probably somebody that’s going to be one of our top first or second leading scorer. You take that out of your lineup, it makes a lot of difference. I thought the other guys stepped up and did a pretty good job.”