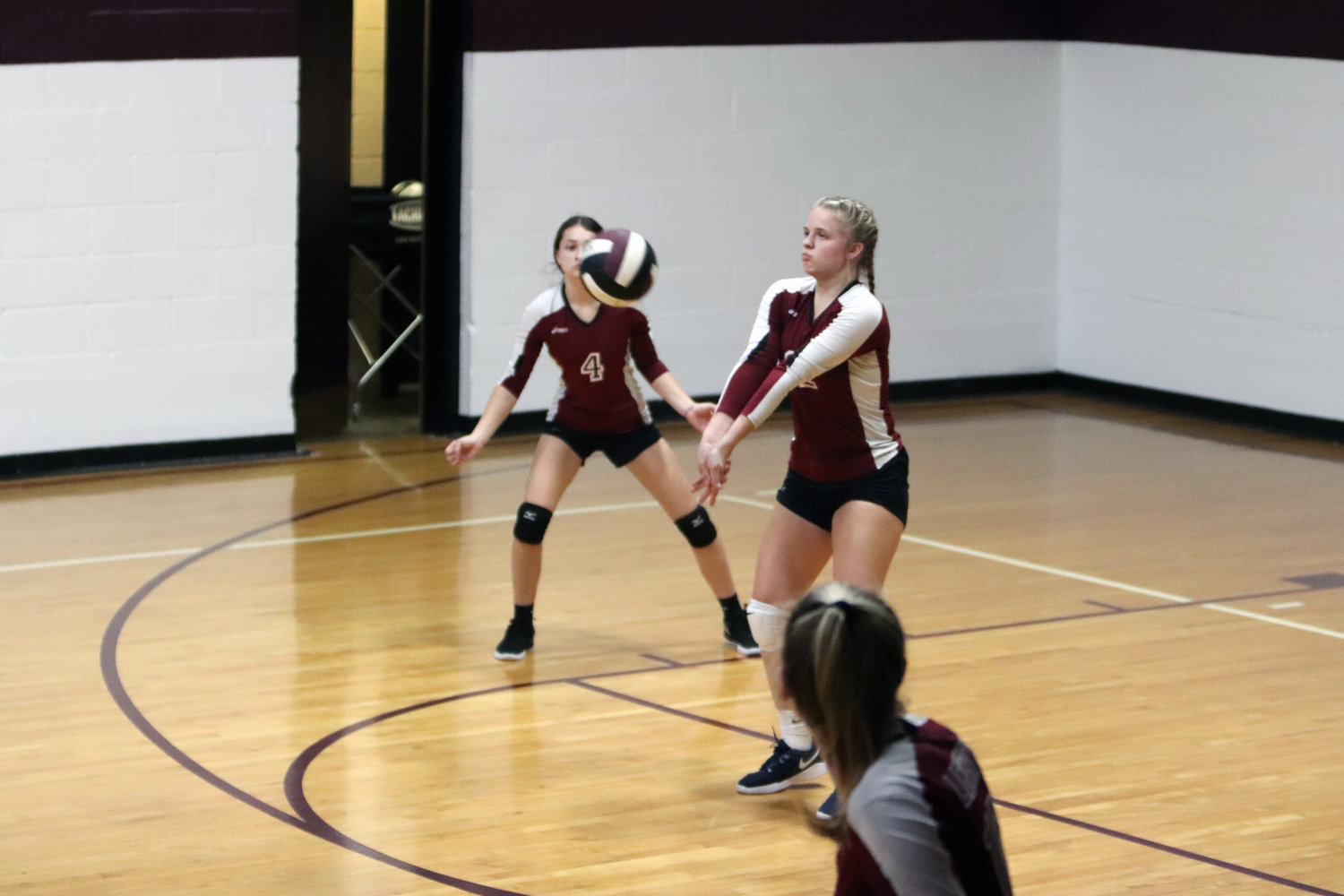 The Liberty Christian Academy volleyball team used a strong start and second set comeback to beat Eagle Ridge Christian in three sets Tuesday.
Liberty Christian beat Eagle Ridge Christian 25-5, 26-24 and 25-13. Liberty Christian volleyball coach Bill Ball said the Lady Eagles’ gameplan was to start fast in Tuesday’s game.
“We started off fast and strong,” Ball said. “We were very fundamentally sound the first game. That’s probably been the most fundamental game we’ve played all year. We had some good practices this week and it showed in that first one.”
Liberty Christian overcame a deficit to win the second set. Eagle Ridge Christian won the first five points of the set and held a 15-7 lead in the middle of the set. Liberty Christian had runs of winning six and seven consecutive points to claim a 20-16 lead. After gaining a 24-18 lead, Eagle Ridge Christian won six consecutive points to tie the set at 24-24. Liberty Christian won the final two points to win the set. Raelee Bruno tipped the ball over the net to win the set clinching point for the Lady Eagles.
“I think the second game I even told them at the end of it. I said the definition of our team is going to be defined in those times that we get our backs against the wall,” Ball said. “You have to end up on the upside of that battle.”
The Lady Eagles won the first seven points of the third set on Alli Meyer’s serve. The Lady Eagles won nine consecutive points on Anna Meyer’s serve later in the set to take a 21-9 lead before winning the set 25-13.
Ball said he likes the Lady Eagles’ progression so far this season as they look to win another Missouri Christian School Athletic Association title.
“For the most part, we’re solid all the way around,” Ball said. “Our three girls are going to make you pay every time they get up there. I think that’s a confidence I call it swagger that a good team should have. As you get better, there should be a degree of swagger. There should be a humility in your swagger but there should be a swagger. Good teams should show it.”