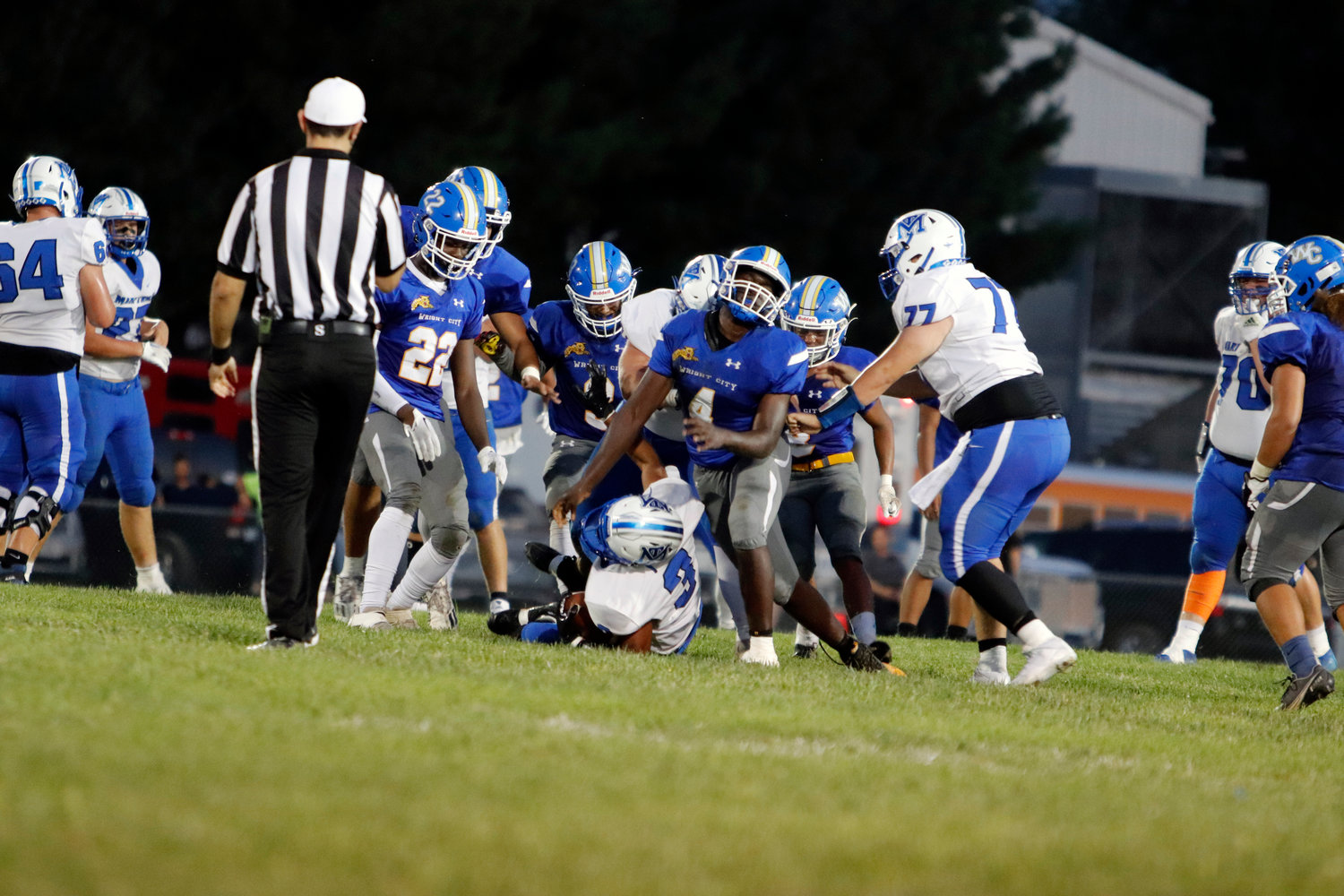 Carleon Jones’ three touchdowns helped Wright City extend their winning streak and win a road game against South Callaway last week.
Wright City (3-1) beat South Callaway 40-24 to win their third consecutive game. The Wildcats’ lone loss this season is a forfeit loss in their season opener.
Wright City scored two special teams touchdowns in Friday’s victory. The Wildcats have now scored a defensive or special teams touchdown in every game this season.
Jeremiah Davis opened the game with a 95-yard kickoff return for touchdown. This was Davis’ second consecutive game with a kickoff return for touchdown. Jones scored his third touchdown of the day with a 47-yard run for touchdown on a fake punt in the third quarter. The score gave Wright City a 27-18 lead after Wright City trailed 18-14 in the second quarter.
“We got a stop and then we were able to score on a 47-yard fake punt,” Wright City football coach Tyler Rickard said. “And that put us up nine. For playing a team like that who’s so dependent on the run, anytime you can get up a couple scores, it kind of puts them in a tough spot to be able to do what they like to do and what they’re very good at doing. So, that stop and then that fake punt. Those changed the momentum of the game. And so it was big.”
South Callaway trimmed the Wildcat lead to 27-24 after scoring a touchdown in the fourth quarter. Wright City responded with a pair of touchdowns to close out the game. Duan McRoberts scored on a 10-yard touchdown run. Denzel Dowdy added a 7-yard touchdown run to give Wright City the 16-point lead.
“We were watching film and we lifted today,” Rickard said Monday. “And you could tell it didn’t appear to be any complacency. They got in there. They got after it in the weight room. It didn’t seem like a team that was happy to have some success early on and now we’re going to rest on that and coast. They seemed hungry. They seemed eager for this next game. And that’s exactly what we want.”
Wright City quarterback Joey Gendron finished with 107 yards passing. He threw touchdowns to Jones of 17 yards and 21 yards. Jones led the Wildcats with 62 yards receiving. Dowdy had 65 yards rushing.
The Wildcats sit at 3-1 on the season after taking a forfeit loss in their first game of the season against Winfield. Wright City had won the game 27-19. The forfeit loss is now listed as a 13-0 loss for Wright City.
Wright City Activities Director David Evans confirmed the Wildcats had to take the forfeit loss because one player participated in the Winfield game despite not meeting Missouri State High School Athletic Association eligibility requirements. Evans said this happened due to a procedural error. Wright City has reevaluated the process for confirming players are eligible to participate in competitions to prevent a similar instance from happening in the future. Evans confirmed the procedural error only impacted the game against Winfield.
Wright City will look to push their winning streak to four games with a home game against Van Far this week. The game is slated to begin at 7 p.m.