Wright City will once again have a permanent leader at the head of its police department after Lt. Tom Canavan is sworn into the office of chief Thursday evening. 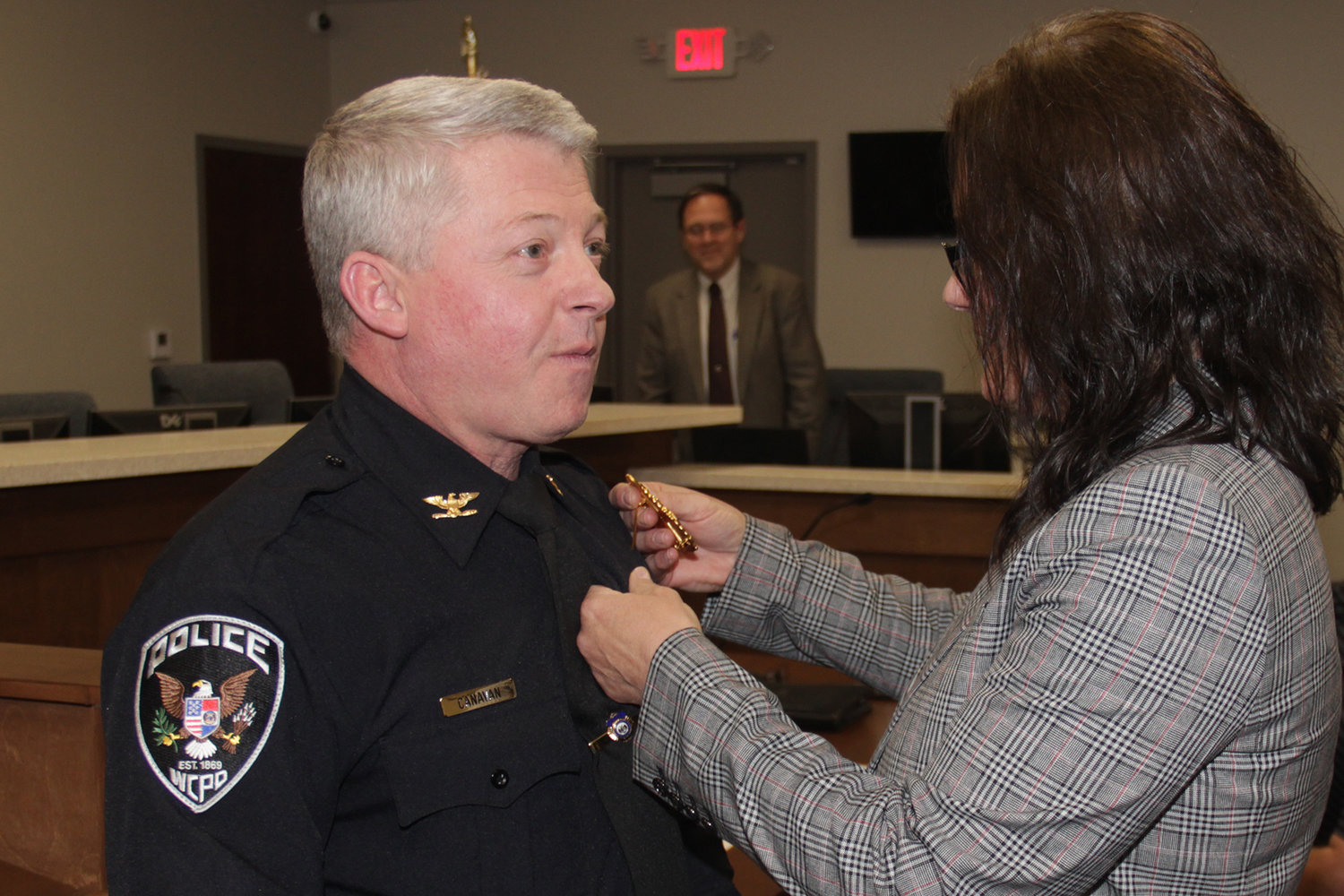 Wright City once again has a permanent leader at the head of its police department after Lt. Tom Canavan was sworn into the office of chief on the evening of Thursday, Jan. 13.

Wright City's Board of Aldermen last week announced the selection of Canavan, a 10-year officer with the city, to succeed Chief Matt Eskew, who resigned last June. Canavan has been serving as the interim head of the police department for the past seven months.

After an extensive candidate search conducted by the nonprofit Missouri Police Chiefs Association, Canavan was one of two finalists considered for the job, said Mayor Michelle Heiliger. She said the other finalist was a high-quality applicant from the greater-St. Louis region who has lengthy experience in police training and education.

“The representative from the Missouri Police Chiefs Association said to us, ‘It doesn’t matter which of these you choose, you’re going to have a good chief,’ ” Heiliger commented. “But when he spoke about Tom (Canavan), he said Tom has the heart. His heart is in this community; he loves this town.”

Heiliger said Canavan fit aldermen’s desire for a chief who could not only manage the police department, but also lead new initiatives to connect officers with the people that they protect. Canavan has already helped the department explore several new community programs with that objective.

“We want the first time people meet a police officer to not be when they’re having an emergency. Instead, these are people that they normally see at events, who are commingled with the community,” Heiliger explained. “We want to make sure police have a good relationship with people in the community, who will feel comfortable reaching out to them.”

The mayor added that she was impressed that Canavan had already identified training that he needs to be a fully successful leader, and that he has a similar commitment to finding improvements for the entire department. Being able to recognize and improve upon shortcomings is a valuable trait, Heiliger said.

Canavan came into his police career much later in life than most officers. He moved his family from St. Louis County to Wright City in 1994, and at the time worked as a carpenter. For the next 15 years, he commuted for jobs around the region.

“In my 20s I wanted to be a police officer, but I started working and got into other things. ... I had a pretty good job until 2009, when the housing market crashed,” Canavan recalled. “At that time I was 39 years old. I reevaluated what I was doing in life, and decided I would give the police officer job a shot before I was too old to do it.”

After working as a reserve officer with Wentzville in 2010-2011, Canavan joined the Wright City Police Department in 2012. Over the next 10 years, he worked his way up from patrol officer, to detective, to lieutenant. He said he enjoyed the variety of work and the challenge of investigations, but also getting to work in the same community where he chose to live.

Even before becoming interim chief, Canavan said one of his focuses as a leader has been to ensure officer investigations and reporting are unquestionably thorough, so that the county prosecutor doesn’t have any issues when they’re given a case. When the post of police chief became available, Canavan said he was driven to step up for the team he had built.

“I want them to have a good leader. ... They know what they’re getting with me and they’re comfortable with me. We haven’t lost any officers in a year-and-a-half, and that’s kind of special these days.”

Going forward, Canavan reaffirmed that one of his primary objectives is to improve positive outreach in the community.

“I want them to know our officers by face, to feel comfortable talking to them,” Canavan commented. “If you don’t have a community that trusts your police department, they’re going to be unwilling to talk to us when we need them.”