Unlike many young athletes who dabble in a variety of sports before deciding upon their favorite, Tristen Head needed just one option. The moment she began playing softball in fifth grade, it was … 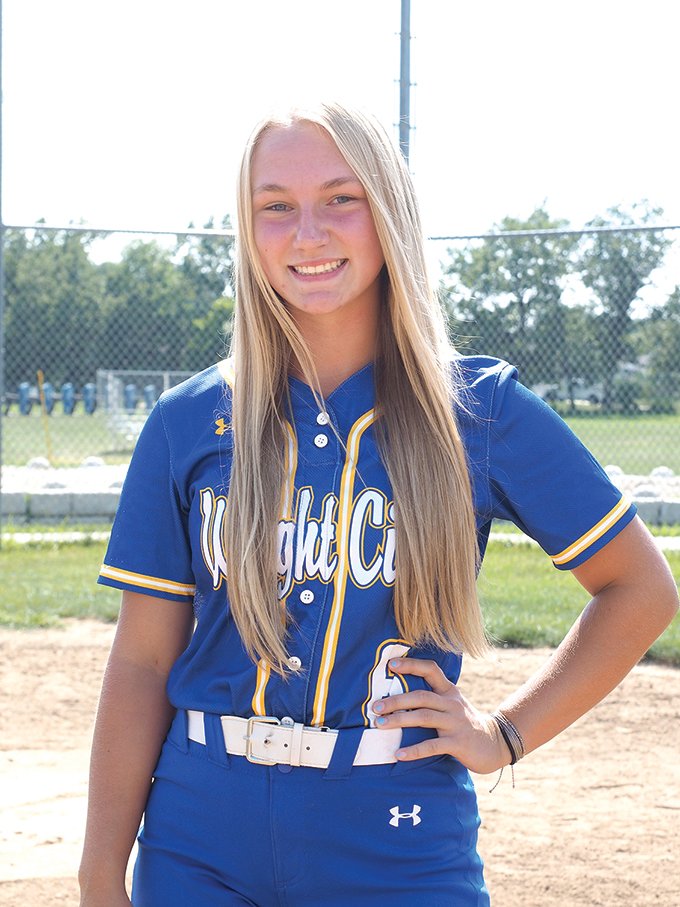 Unlike many young athletes who dabble in a variety of sports before deciding upon their favorite, Tristen Head needed just one option. The moment she began playing softball in fifth grade, it was obvious this was a journey she would continue. It is the only sport she has ever played and will remain a part of her life for at least the next four years.

Now a senior at Wright City, Head recently committed to play softball for Tennessee Tech University in Cookeville, Tenn. She returned home on Sunday from her first official visit.

Head’s catapult into softball success happened rapidly, as she was playing up on the 16U select team by her eighth grade year. Entering high school, she began honing her skills behind the plate as the Wildcats’ varsity catcher.

This fall, Head batted .537 with 36 hits, including four doubles and three triples. She fell just one home run short of the school record held by Megan Christopher, knocking seven dingers out of the park. Head was responsible for 29 runs and 24 RBIs during her 67 at-bats.

Outside of sports, she is involved in National Honor Society, Student Council and Earth Club.

Q: What do you enjoy most about softball?
“The friendships that you form and memories you create. I’m still friends with people from my first select team. The bonds that I formed through it are my favorite.”

Q: How did you feel about your senior season?
“This season I kind of just wanted to have fun. With it being my senior season, I had already accomplished a lot in the previous years. I wanted to get all-state and hit home runs. My goal was to break the home run record and I was one shy of tying it. Unfortunately, we didn’t get to play in as many games as we usually do so I lost a few at-bats there.”

Q: What are your strengths as a softball player?
“One thing that has allowed me to level up and play at collegiate level is my swing. It has gotten way better since freshman year and helped change me from a good player to a great player. That’s definitely one thing I excel in. My defense from behind the plate is another. I do very well with blocking and defending the plate. I’ve learned how to literally be a wall back there.”

Q: What’s the biggest challenge of being a catcher?
“The biggest challenge I had was learning to deal with the gear and physically withstand all the training it took to get your blocks down. That was the physically draining aspect of it, putting in all the hard work with my dad. It can be tough staying tough when it’s super hot with all that gear.”

Q: What is your proudest accomplishment?
“My commitment to play in college. Ever since I started playing softball, I always wanted to play Division One. I definitely thought I could do it. All the hard work I put in was toward playing at that level, because there’s only a certain percentage of athletes that go to the next level, let alone D1.”

Q: What’s your most memorable experience with the team?
“My sophomore year we were conference champs, and it was also my most memorable, because it was the year before COVID, and I was playing with my best friends at the time. It was definitely the funnest year of softball that I’ve had. We were allowed to go out of town, stay in hotels and have a lot more team bonding than the past two years.”

Q: Who has had the greatest influence on your life?
“Probably my dad. He’s definitely pushed me to be my best on and off the field. Especially being a single father growing up, he definitely raised me well and taught me right from wrong and taught me everything I know about catching.”

Q: What’s your favorite travel experience?
“My favorite place I’ve traveled to was Oklahoma City, because I got to play on the College World Series softball field, so that made it an exciting trip. I almost hit a home run on it, but it hit the top of the fence.”

Q: How would you describe yourself in three words?
“Independent, hard-working, outgoing.”