Athlete of the Month: Caleb Schneider

Having never walked any other school hallways, Caleb Schneider has made Liberty Christian his home since beginning kindergarten. Now a senior, he reflects on many memories and hopes to make a few …

Athlete of the Month: Caleb Schneider 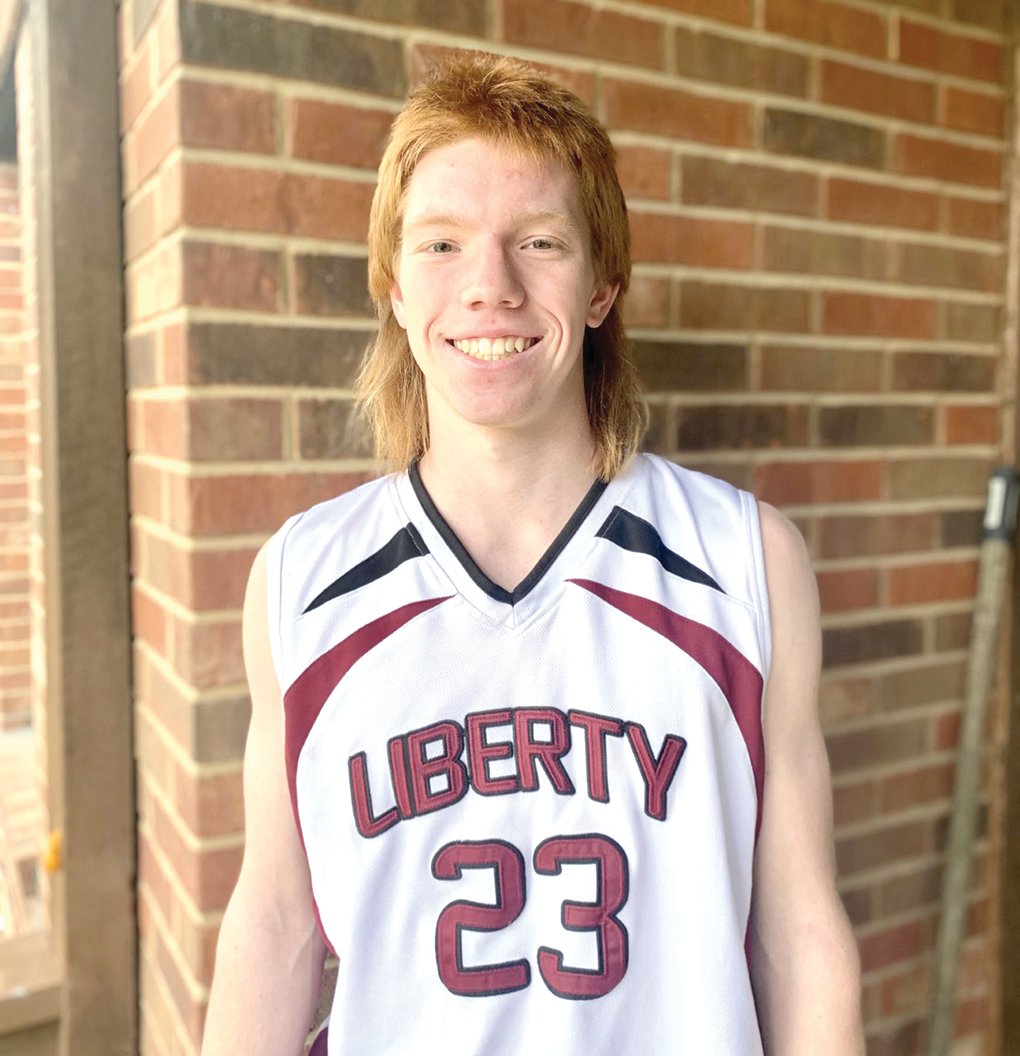 Having never walked any other school hallways, Caleb Schneider has made Liberty Christian his home since beginning kindergarten. Now a senior, he reflects on many memories and hopes to make a few more before graduating in the spring.

Schneider is currently in the midst of a busy basketball schedule, playing a starting role for the Eagles as the clean up guard and main defender. So far he is averaging 8.3 points per game, but much of his work cannot be seen in the box scores.

Schneider began playing basketball in second grade on the Upward team and joined the Liberty Christian junior varsity team in sixth grade. However, basketball was not his first love.

He originally was more invested playing baseball at a young age, but being required to throw high pitch counts led to a dislike for the sport. Now that Liberty Christian has a baseball program Schneider has once again embraced the sport, but it hasn’t taken precedence over basketball.

He also plays soccer for the Eagles, bringing that same intensity to the field and providing enthusiasm.

Following high school, Schneider plans to become a diesel mechanic and potentially join his dad’s business, where he’s had the chance to learn under apprenticeship.

Q: What do you enjoy most about basketball?
“Probably just being with my friends. I love the game, but the key is having that tight friend group.”

Q: What are your best contributions to the team?
“I’d say my intensity and my defense. I try to pick up everyone the best I can and help them out.”

Q: What do you like about playing defense?
“I do like the challenge. It’s not that I’m really a good defensive player, but I don’t like being beat, so I’ll do whatever I have to do to win. If that means guarding their best player, then I will.”

Q: What’s your favorite basketball memory?
“We went to state last year. I got really close to Josh and Zack (Dames), and it was just a good time. It actually felt like we were a basketball team, and we worked together.”

Q: How do you feel about the season so far?
“I think we’re doing pretty good. We’ve got to work out some kinks, but that’s about getting farther into the season and getting comfortable with one another.”

Q: What is your role in soccer?
“I’m not bad, but I’m not a soccer player. I’m just out there going after the ball and providing intensity. If I wasn’t close to people in our school, I wouldn’t have played. I think that’s a big part of LCA, because if I went to public school I don’t think I’d even play sports.”

Q: What’s something you like learning about?
“I really like hunting and anything I can learn about that. I’m really into cars and trucks. Really, learning in general. I like knowing stuff.”

Q: Who has had a major influence on your life?
“Probably my dad is the most influential. He’s been setting an example in my life of what I need to go after.”

Q: If you could spend the day with any three people, who would you choose?
“Zack (Dames), Josh (Dames) and Andrea (Mueller.)

Q: Where would you like to travel?
“I really want to travel to Montana and out west to the mountains. We go to Colorado and hunt as a family and I really enjoy that.”

Q: What’s the best advice you’ve received?
“Don’t be afraid to go to God. Just trust, because He’s got it under control.”