Wright City head football coach Tyler Rickard is optimistic about the team’s progress this summer as they prepare for the regular season. The Wildcats scrimmaged against North Point July 13. … 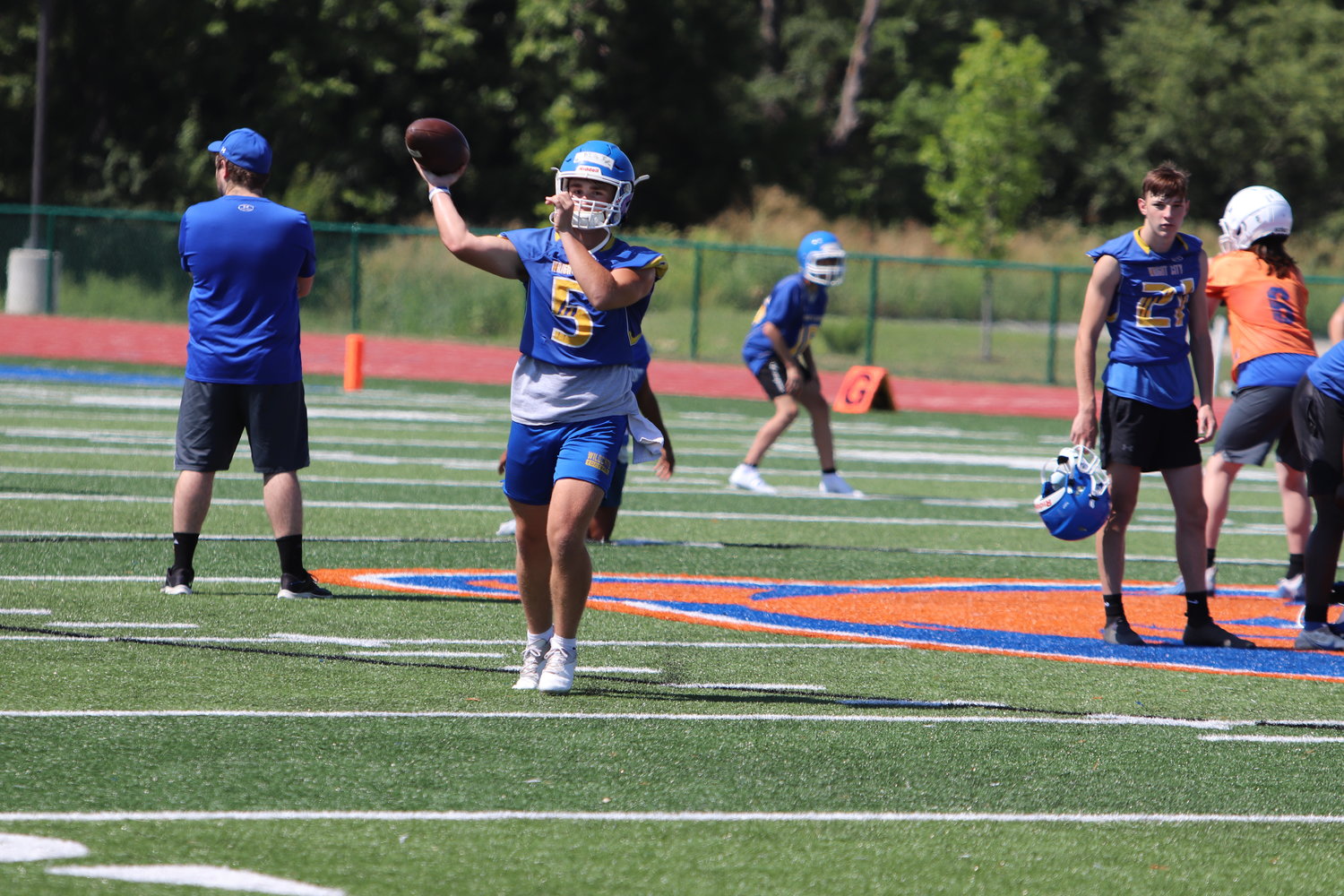 Wright City head football coach Tyler Rickard is optimistic about the team’s progress this summer as they prepare for the regular season.
The Wildcats scrimmaged against North Point July 13. Rickard believes the scrimmage was a good opportunity for the players to complete against a different team and for the coaches to evaluate the progress of the players in the summer.
“It was a great opportunity,” Rickard said. “We got everybody involved. And things like this, it’s not necessarily we’re trying to win. We’re just trying to work on our stuff and get better at what we want to do. And I thought we did that today.”
Rickard thought the Wildcats competed really well on the defensive side of the ball. He thought while they have some things to clean up on offense, the quarterback was making good throws and the receivers were making good catches.
He stressed the Wildcats are still in the process of learning, citing new schemes in place this season.
“This is just a great opportunity to get out here and learn and get practical experience,” Rickard said.
The Wildcats held two weeks of weightlifting and speed training followed by two weeks of practice in June. The scrimmage against North Point was the last football related activity scheduled until the high school football camp, which will be held next week. Official practices will start in August. The summer practices help the coaching staff know where to best put players on the field, Rickert said.
“That’s what’s so good about the summer is we have an idea once we get into August kind of where we want guys,” Rickert said. “Because once it gets into August, 16 practices and then we’re playing. It sounds like a lot but it flies by. So it’s good to have this preparation time so then in August we hit the ground running.”
Rickert is in his second year at the helm of the Wildcat football program. He served as an assistant coach prior to taking over as the head coach last season. He believes the coaching staff and players are more comfortable heading into this season.
“It was a big learning curve for me last year,” Rickert said. “But this year coming in, I feel more comfortable. I know the guys feel more comfortable. Last year, a lot of our staff were coaching new positions. So this year, four out of five are doing the same thing as last year. So that continuity not only working together but teaching the same things has been huge for us to work on the finer details and really just hit the summer and keep going.”