The Warrenton Warriors nearly doubled their win total this season, with a nucleus of players set to return to the team next year. Warrenton won 15 games this season after winning eight games in the … 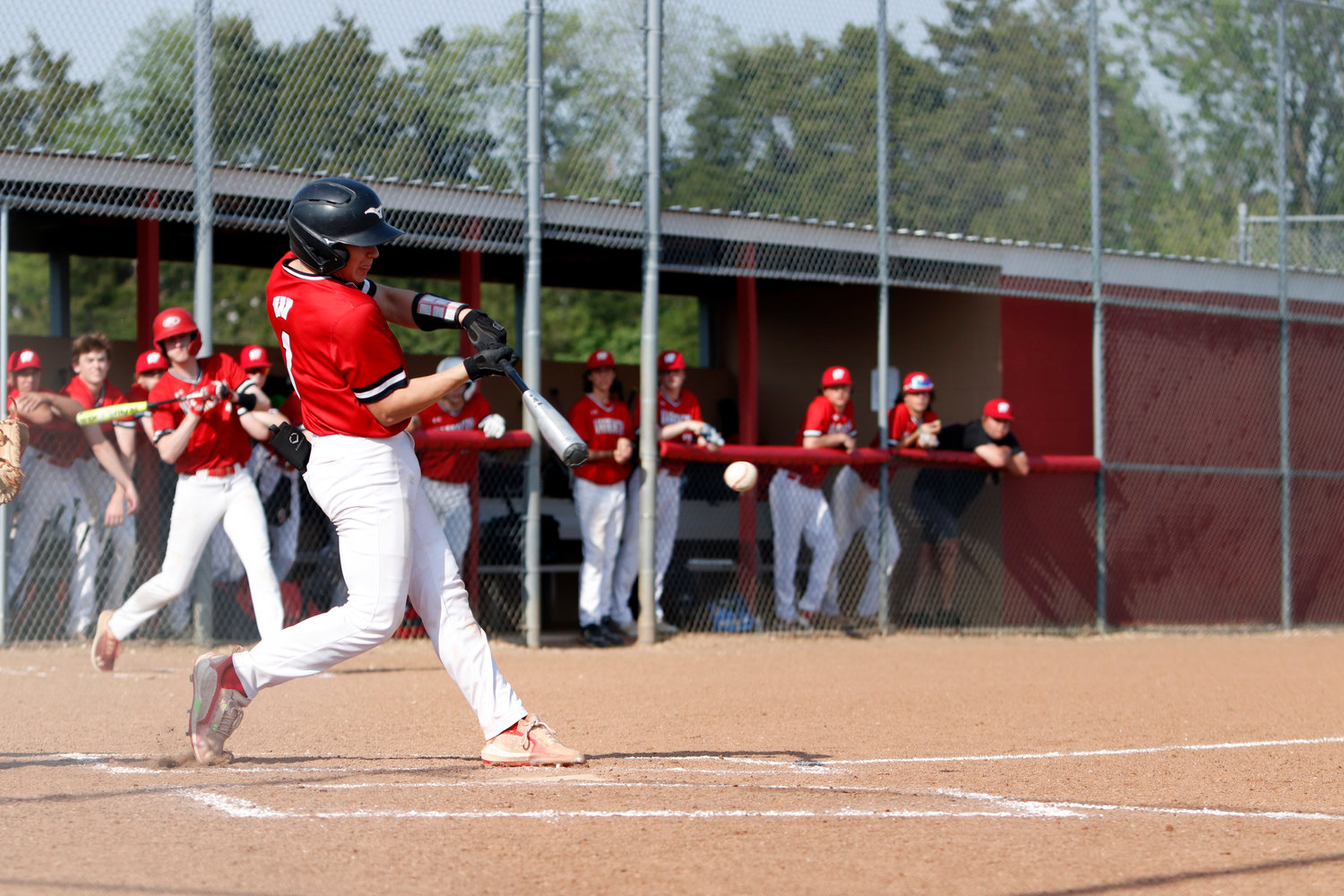 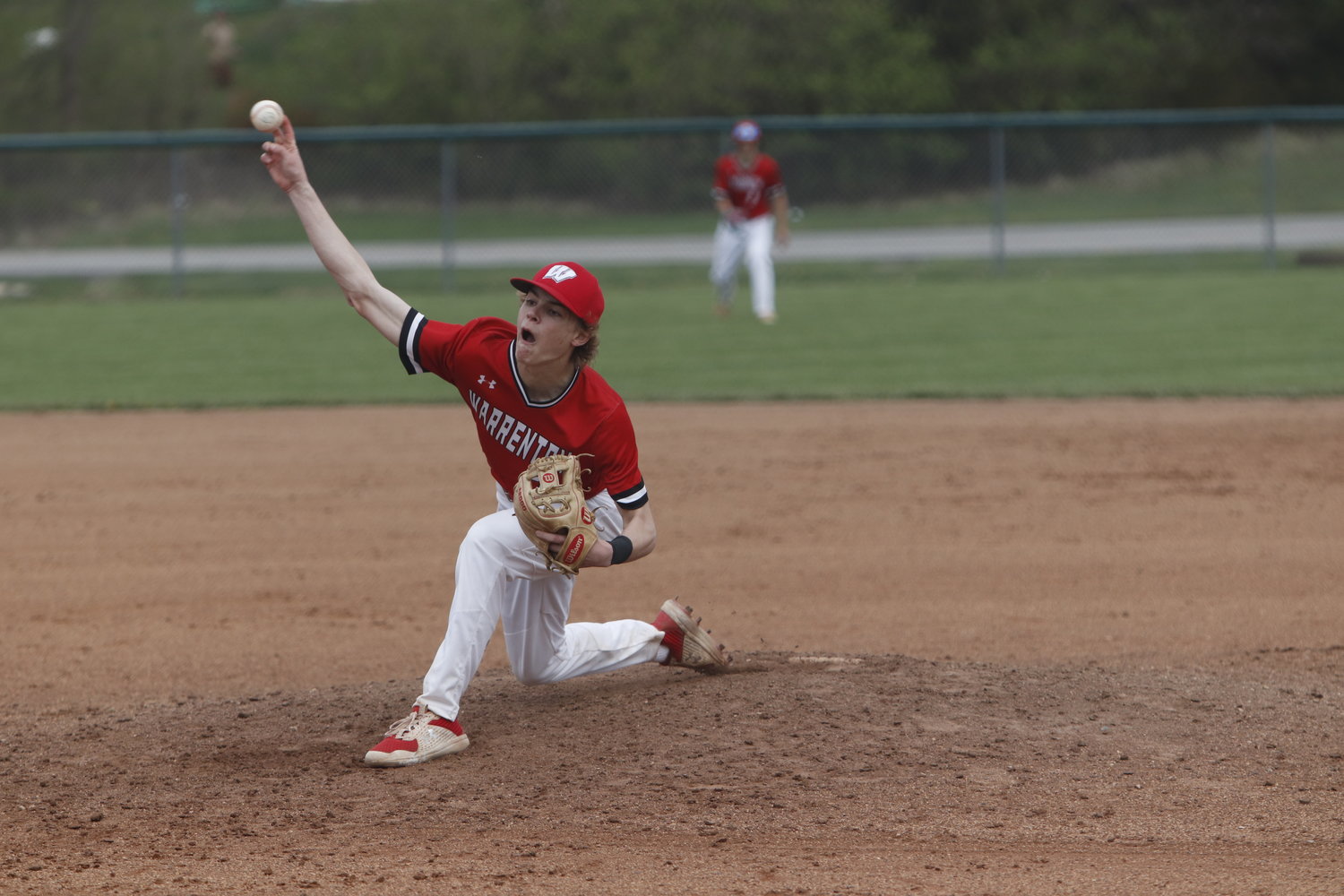 The Warrenton Warriors nearly doubled their win total this season, with a nucleus of players set to return to the team next year.
Warrenton won 15 games this season after winning eight games in the 2021 season. Warrenton baseball coach Eric Burle noted the Warriors had a good portion of their team coming back this past season from the 2021 team. They were extremely inexperienced in 2021, he said. They did a lose a few seniors from last year’s team, including all state player Hunter Sherman.
After starting the season 2-4, Warrenton won nine of their next 11 games to move to 11-6 on the season. Warrenton maintained a winning record for the rest of the season. They finished the season 15-13 and advanced to the district semifinals.
Burle thinks Warrenton’s win over conference opponent St. Charles West gave the team confidence that helped them play good baseball in the middle of the season. St. Charles West was the defending GAC North champion and had the conference player of the year.
“We really took it to them in that game,” Burle said. “So I think that kind of really helped us with the middle part of our season. A lot of confidence because we strung off a number of wins and won more than we lost through the middle of our season. I think really there we were swinging the bat top to bottom in our lineup.”
Warrenton’s progress on the mound and at catcher were keys this season, Burle believes. Burle credited freshman Austin Haas for solidifying the catcher position for Warrenton. He added Warrior pitchers threw more strikes this season. He specifically cited sophomore Ben Peth’s strong season. Peth threw 46 innings this season after only throwing 12 innings in the 2021 season. Peth finished with a 2.89 ERA.
“Ben was a big part because he was a strike thrower,” Burle said. “He pitched a little bit last year but still he was a freshman and he wasn’t maybe as physically mature last year. So you really didn’t know what you were going to get out of him going into it until you really got into the season.”
Burle believes all the pitchers’ confidence in Haas behind the plate also helped the pitchers’ increased success this season.
The Warrenton offense was led by junior Kannon Hibbs. He earned first team conference and district honors. He hit .435 and led the team with 20 RBIs.
Despite returning numerous players from last year’s team, Warrenton still had youth on the team this season. Seven underclassmen had over 50 plate appearances.
The coaching staff’s focuses for the team this past season included understanding there are some games they will face a tough pitcher or umpires will have different strike zones, Burle said.
“A good number of them played a good amount of baseball over the summer,” Burle said. “They’ve had some success athletically. So just being able to get them to understand the process of different things.”
With only one starter graduating from this year’s team, Burle believes the Warriors should be in a good position next year. They bring back most of the starters with the exception of senior Dylan Beck. He stressed they do not know who other teams will add to their rosters next year.
“We’ve talked throughout the year about our strengths and weaknesses,” Burle said. “And those kids have to take a little bit of ownership in the offseason to improve those aspects of their game. Because who knows what everybody else is going to have and bring back and whether they have younger players.”
Burle’s future goals for the team is to regain the conference crown, with the ultimate goal of winning a district title. One of Burle’s focuses for the team is to get physically stronger. They also need to continue developing pitching, he believes. Burle said it is important to have pitchers who can take over the game on the mound in postseason competition.
“A number of our guys have just got to get physically stronger if they want to compete consistently at that high level,” Burle said. “And then I think we still need to continue to develop some pitching… We just need some of our pitchers hopefully to have a really good offseason and get physically stronger and continue to work on our pitches and then your velocity and things like that. So that’ll be big.”