The Warrenton Warriors fell to Hannibal last week in the Class 4, District 5 semifinals. 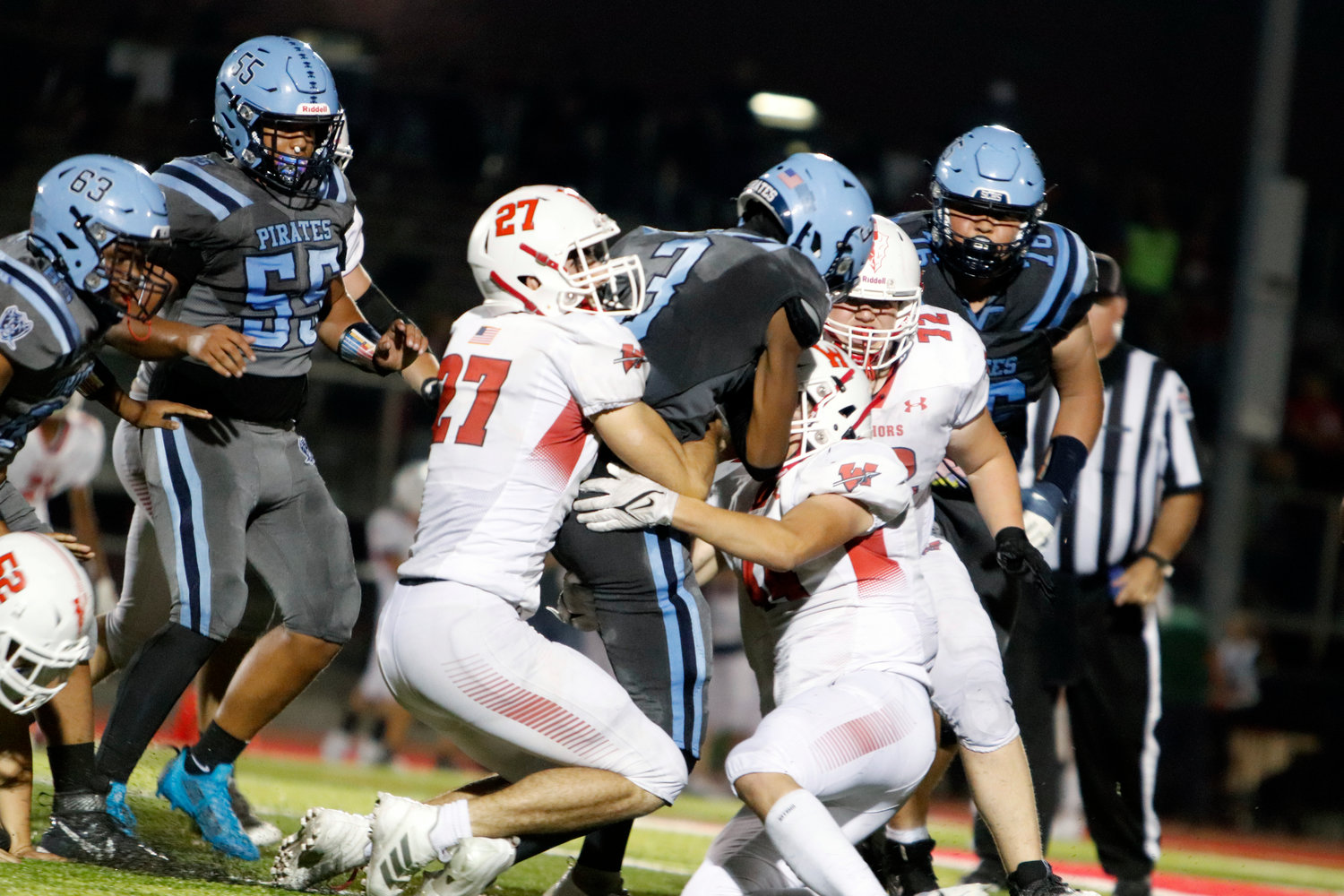 The Warrenton Warriors fell to Hannibal last week in the Class 4, District 5 semifinals.

Warrenton (4-7) fell to the Pirates (8-2) 62-7. Warrenton beat North Point 33-25 the previous week to advance to the district semifinals. Warrenton football coach Jason Koper knew heading into the game Hannibal presented a tough challenge for the Warriors.

Warrenton quarterback Charlie Blondin threw a touchdown pass in the loss. Blondin finished with 121 yards passing and one touchdown.

The Warriors end the season 4-7, including a 3-1 record in GAC North games. Koper stressed the growth the Warriors made over the course of the season.

“There for a while, we were playing some pretty good football,” Koper said. “Offense was starting to execute real well. Defense was playing pretty solid at times. And we started to look like we were making a lot of strides to becoming a good football team.”

Koper noted the strides the underclassmen made over the course of the season. Warrenton only had six seniors finish the year on the team.

“They were kind of put in a tough spot just because they knew we were going to be kind of a year away in some respects this year,” Koper said. “And they kept battling and they played hard and they came to work every day. I was super proud of my seniors. I can’t say enough good things about them to fight through some of those obstacles.”

With only six seniors graduating from this year’s team, Koper has high hopes for the Warriors next year and in subsequent seasons. Koper thinks the Warriors have potential and talent. However, he stressed they need to put in the necessary work over the next few seasons.

“I’ve been trying to already harp on the mindset that I feel like potential’s wasted ability,” Koper said. “We’re going to have to work hard. We’re going to have to hit the weight room. We’ve got to get stronger. And if we do those things, we have enough talent that we’re going to be a very good football team for the next several years.”