A group with local members is embarking on a journey to compete one of the most difficult bicycling competitions in the country. Four bicyclists and multiple support staff are participating as part … 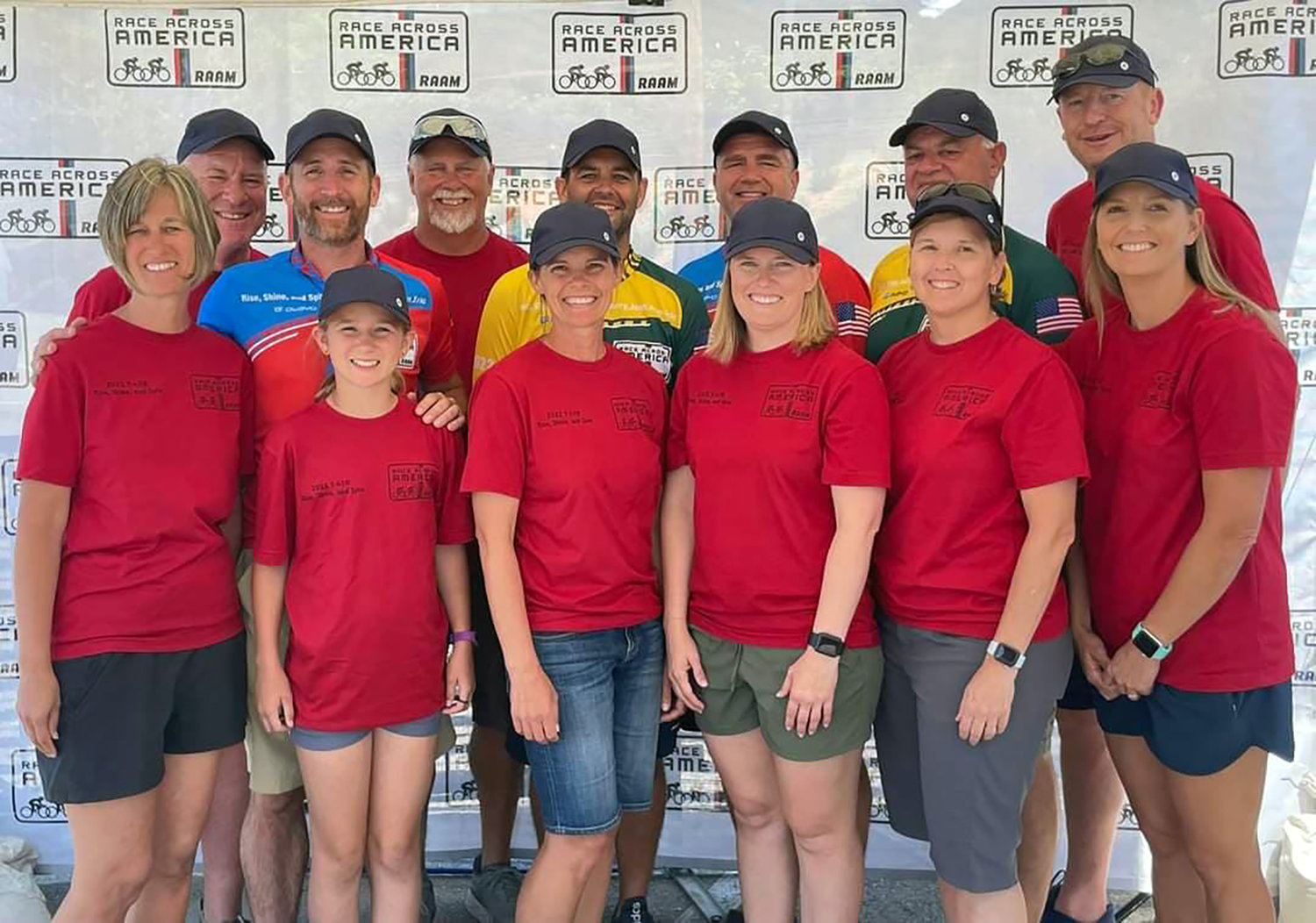 A group with local members is embarking on a journey to compete one of the most difficult bicycling competitions in the country.
Four bicyclists and multiple support staff are participating as part of the team Rise, Shine, and Spin. Harry Harisberger, Josh Brown, Alan Kimbel and Eric Troisi are the four riders for Rise, Shine, and Spin.
Harisberger, who is originally from Switzerland and now resides in Warrenton, noted the ride is over 3,000 miles and must be completed in nine days for the four-person category. The four bicyclists had completed 1,077 miles as of around 1 p.m. Tuesday. At that point, they still had about 1,960 miles to go. They began the ride Saturday afternoon.
Harisberger believes all four of the riders are in pretty good shape athletically. They trained for the event separately. Although three of the bicyclists live in Missouri, Eric Troisi lives in Alaska, which did not make training together logistically possible.
“We did get together maybe once or twice to ride but all of us had sort of our individual training schedule I would say five, six times a week at 40 to 50 miles a day,” Harisberger said. “Either spinning classes. Riding on the road. Riding in the basement. Doing gym trainings. It’s very individual to kind of ramp up to where we are today.”
The preliminary plan was for two bicyclists to ride 100 to 120 miles at a time. The bicyclists alternate riding for about 30 minutes. Harisberger expected it to take six to eight hours for two bicyclists to complete the 100 to 120 miles. After completing the six to eight hours, the bicyclists rest and the other two bicyclists ride 100 to 120 miles. However, there are some instances where all four bicyclists will be riding at the same time.
“There’s a couple sections where all of us are going to be on deck,” Harisberger said. “We’re going over the Rocky Mountains almost to 11,000 feet in elevation. And we’ll have all four of us rotating in a sense. Almost like a 4x100 relay where you’re doing maybe three mile pushes and then the next guy does three mile pushes. So you ride three miles, you’re off nine. You ride three, you’re off nine until you get up and over so we’re all equally as tired.”
The Rise, Shine, and Spin team has nine individuals helping the four cyclists on the support team. The support team is responsible for driving the RV and two shuttle vans. They are also responsible for ensuring they have enough gas in the vehicles and food for the team. There is also a navigator in charge of making sure the team stays on the correct route.
“The route is very difficult,” Harisberger said. “It’s turn by turn. If you get off route, you have to go back to the route. So the navigator has the big task in hand.”
Katie Brown is the crew chief of the support team. Terry Raterman, Paul Heggemann, Janet Ferry, Christina Harisberger, Chloe Harisberger, Frank Weigelt, Megan Marshall and Susanna Stark are all members of the support team. Christina Harisberger, Chloe Harisberger, Heggemann and Raterman are Warren County residents. Warren County residents Lisa Heggemann and Cathy Raterman made food and snacks for the team.
The team’s goals for the race is to finish the race in the allotted nine days, enjoy the route and remain friends after the race is completed, Harisberger said.
“When we finish in Annapolis, we want to be able to sit all at one table, have a burger and a beer and still be friends,” Harisberger said. “We all are friends now. We all know each other. There’s also going to be some moments where we all have to kind of put all our things in a box in the interest of the team and get through it.”
More information about the Race Across America Race can be found at https://www.raamrace.org/.