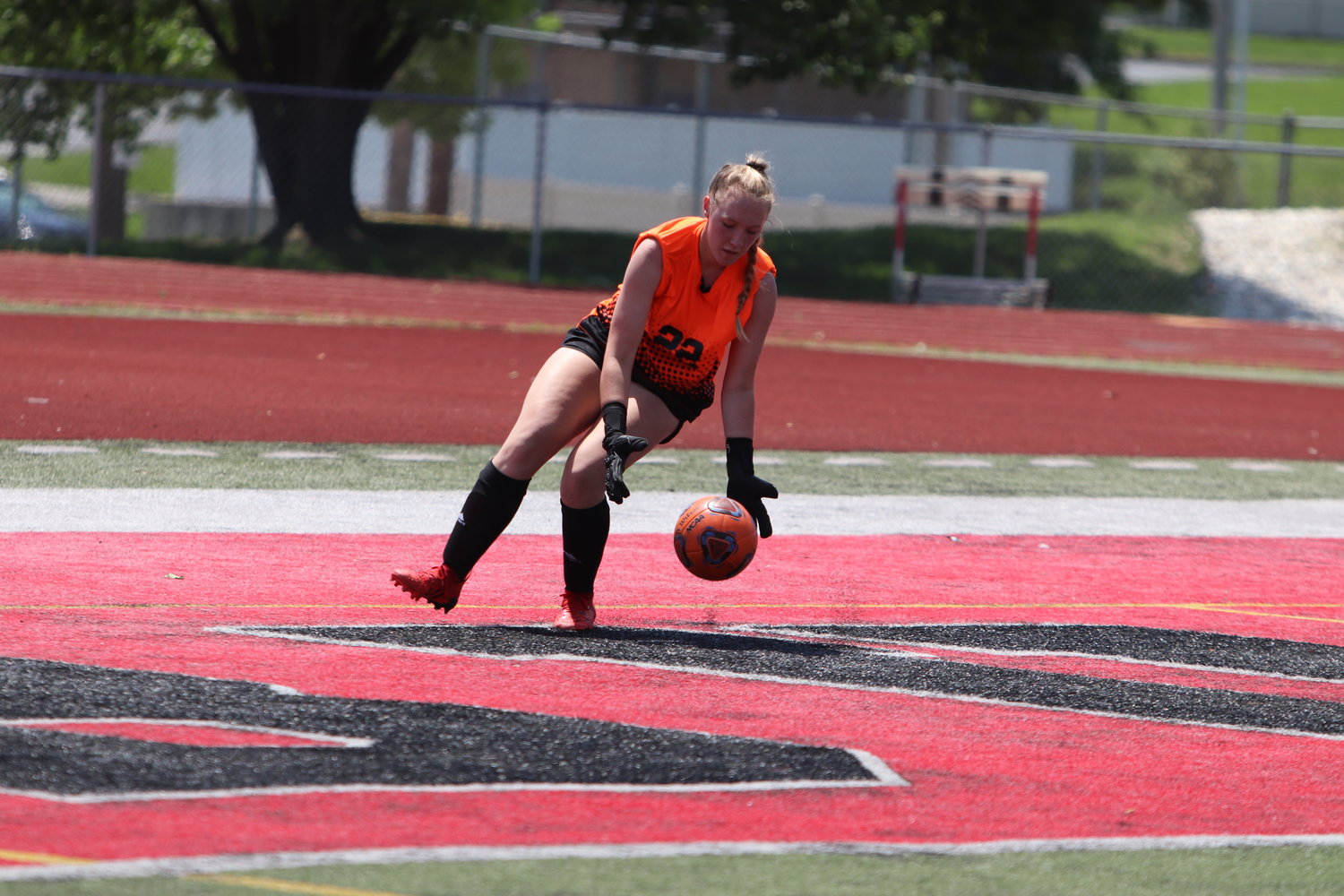 With GAC North first team goalie Emily Beumel and several other starters set to return, Warrenton soccer coach Amy Wargowsky is optimistic about the Warrenton soccer team’s future prospects.
The Lady Warriors won five games this season, including a 4-1 over rival Wright City in May. Warrenton coach Amy Wargowsky saw the team improve over the course of the season. She believes the team played its strongest game of the season against Hannibal in the district tournament.
“That very last game, they played the best I’ve seen them play all year,” Wargowsky said. “So that’s what you want. For them to be able to play the best at the end of the season.”
The Lady Warriors started six underclassmen in the lineup. Wargowsky confirmed each player adjusts to high school level competition at different speeds. She noted some underclassmen were competing against players four years older than they were. She believes the underclassmen adjusted well later in the season to the advanced level of competition.
“They started to push back,” Wargowsky said. “They got a lot better about pushing back and using their body. They learned fast.”
The Lady Warriors performed better when they were the underdog and the other team’s expectations for the Lady Warriors was lower, Wargowsky said. She believes they played better in these situations because they thought they did not have anything to lose. The team also learned to not focus on another team’s record before a game, Wargowsky added.
“You can’t look at somebody’s record and think you know what to expect,” Wargowsky said. “It kind of became expect the unexpected.”
Wargowsky believes injuries and illnesses challenged the Lady Warriors this season. There were times she did not know until late the day of the game who would be available due to an illness. She said the whole team dynamic changed when starters were missing for a game.
“You have people you like to start in certain positions and then you have people you like to sub in for them,” Wargowsky said. “And if you have one or two of them missing, then you have to switch everybody around, which changes the whole dynamic.”
Wargowsky believes the Lady Warriors have reason to be optimistic about the future of the program. Starting forwards Morgan Marschel and Kylie Overkamp were freshmen. Marschel led the team with 10 goals on the season. Beumel, a sophomore this year, recorded over 300 saves for Warrenton this past season and was voted the conference’s top goalie.
“When you get a good goalie, it helps a lot,” Wargowsky said.
Wargowsky believes training to avoid injuries next season will be key for Warrenton. She hopes the team can preload workouts in the offseason to avoid injuries.
“Hopefully we’re doing more before the season even starts so we can stay healthy and injury-free,” Wargowsky said.