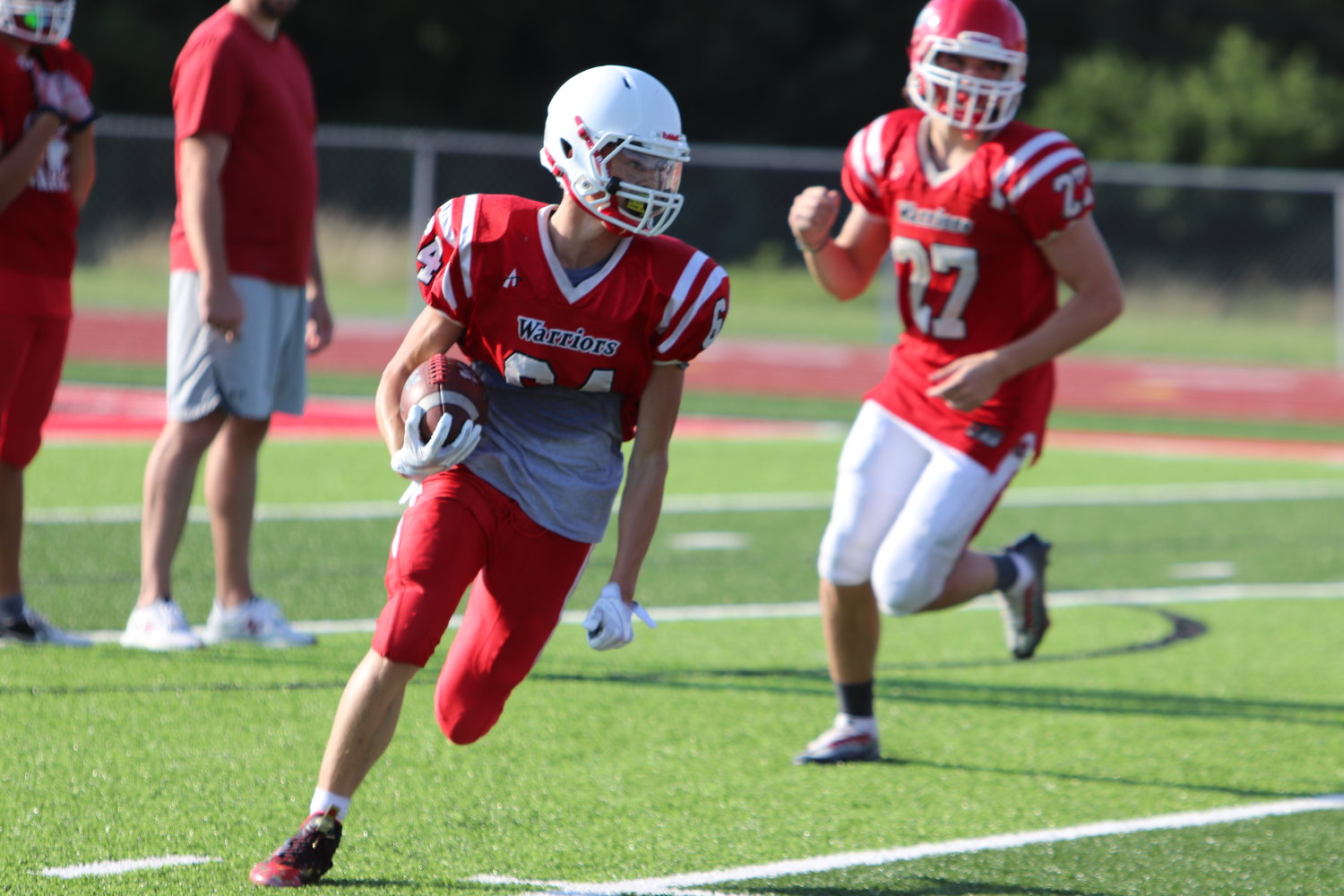 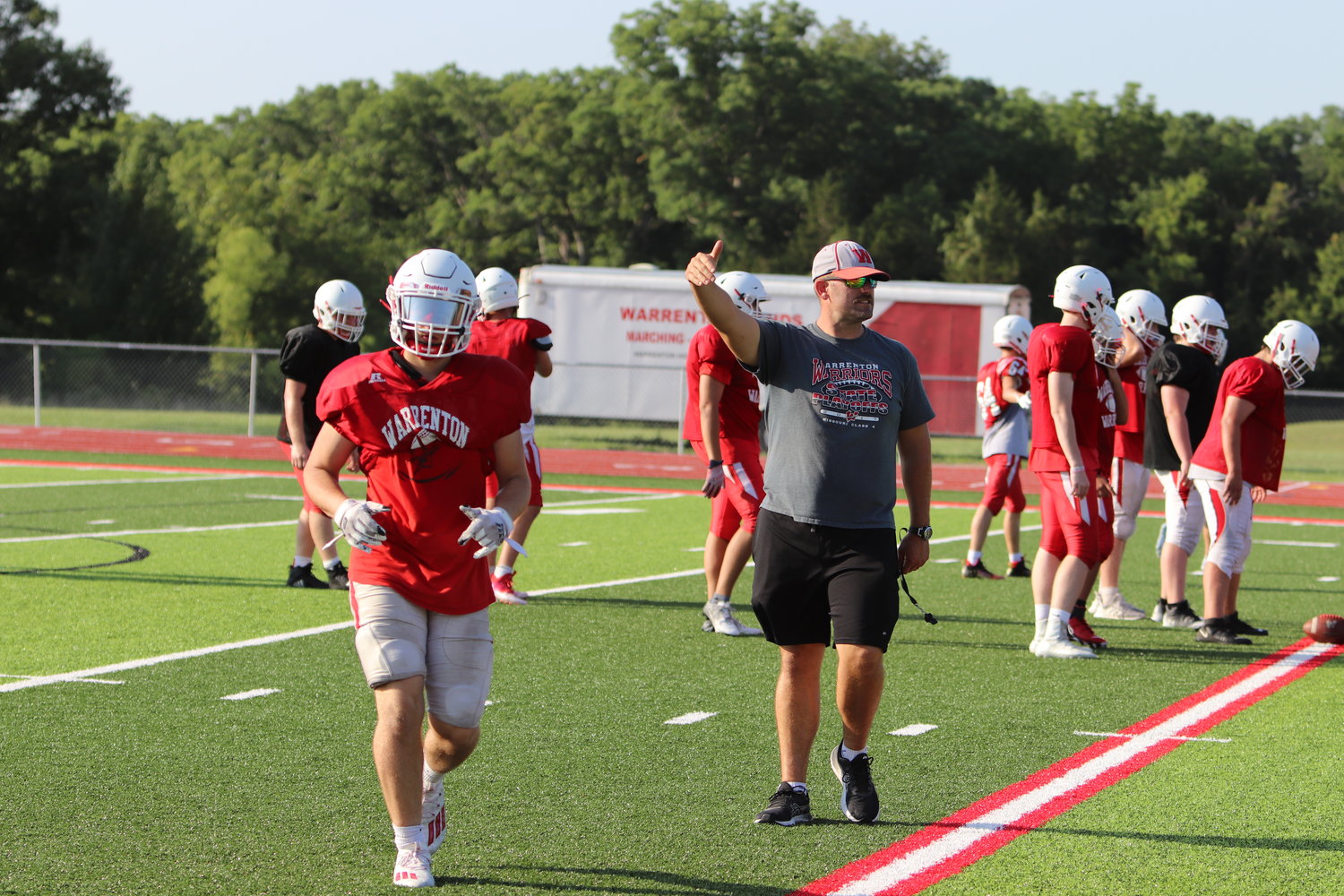 The Warrenton Warriors held their annual summer football camp last week as they look towards fall practice starting next month.
Warrenton held a five-day football camp last week. Warrenton head football coach Jason Koper believes the camp helped the team be ready for fall practices, which will begin Aug. 8. Koper believes the team will remember what they went through at camp two weeks before fall practices.
“We just saw this two weeks ago,” Koper said. “We know where everybody’s at, what they’re doing. What their strengths and weaknesses are. So that’s been beneficial. And I think once we hit the first day of actual practice in August, I think we’ll be right on cue and ready to go.”
Koper said the team has had a pretty good summer as they’ve prepared for the season. Koper specifically cited the progress of the freshmen and sophomores. Koper only expects the team to have 12 to 13 upperclassmen, with the rest of the team comprised of freshmen and sophomores. Koper expects a good number of the underclassmen to see playing time this season.
“The last couple weeks, I’ve really seen a big progression as we’ve gotten into July here,” Koper said. “Our offensive and defensive systems are starting to click. The pace of everything is going quicker because they know what they’re doing. And we’ve got some super talented freshman and sophomores that are some of the most talented freshmen and sophomores I’ve seen as a coach. So we’re on the right trend moving into this fall and I’m looking forward to it.”
There are both benefits and challenges to having such an inexperienced team, Koper said. While the underclassmen do not have the game experience upperclassmen have and it will be an adjustment playing varsity high school football, Koper stressed the underclassmen are hungry to prove themselves. They are not complacent and are fighting for their spot each day, he stressed.
“In the past, since I’ve been coaching at Warrenton, there’s been a very big difference between ones and twos,” Koper said. “But this year, our ones and twos are neck and neck and they’re fighting for position every day. So it’s just brought the competition level to a higher level every day. And they have to work to earn their spots a lot harder than in the past.”
Warrenton’s first regular season game is slated for late August.