Any hopes the Warrenton football team had of extending its season beyond the district semifinal were quickly extinguished during a road trip to Hannibal last Friday. The unbeaten Pirates secured … 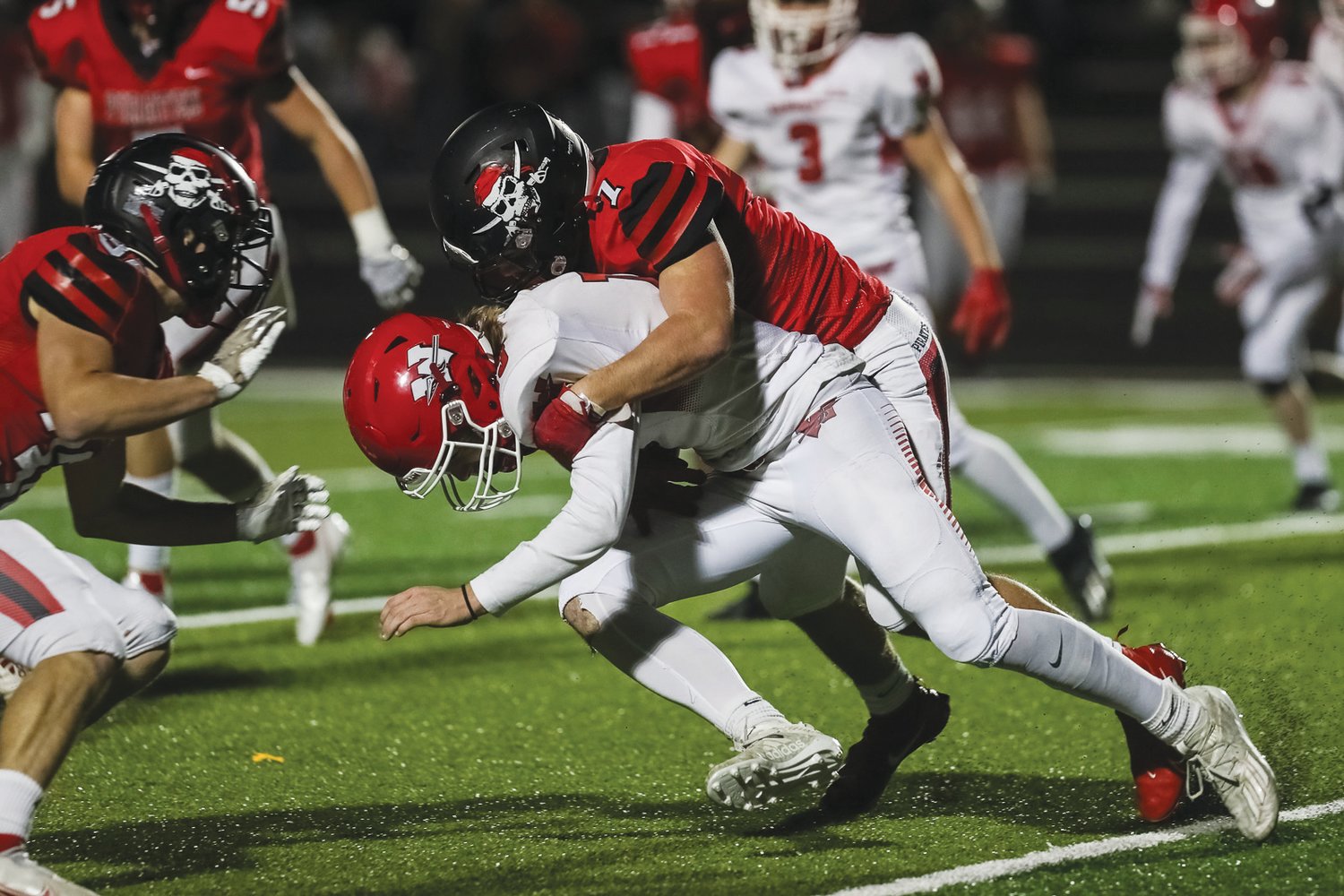 Any hopes the Warrenton football team had of extending its season beyond the district semifinal were quickly extinguished during a road trip to Hannibal last Friday. The unbeaten Pirates secured their perfect season with a dominant 76-6 victory, posing a challenge unlike any other experienced by Coach Jason Koper this year.

“If they don’t make it to the state championship, I will be kind of surprised,” said Koper, whose Warrenton team trailed 49-0 before ever reaching the end zone.

“They were big, strong, physical and fast,” said Koper. “Their team speed was unmatched. Their defense was quick at every position.”

Hannibal needed just four plays to go ahead 14-0 early in the first quarter. Turnovers then plagued the Warriors, as their hosts capitalized off a fumble recovery and interception that both led to touchdowns. Productivity in the ground game helped Hannibal out to a 35-0 advantage after the opening period.

“It was hard to contain their skill guys,” said Koper. “Their quarterback was as good as any we’ve seen this season.”

Nearing halftime and already facing a seemingly insurmountable deficit, Warrenton was able to connect on its only touchdown, with senior quarterback Caelon Weir finding classmate Kolby Meine on a scoring strike.

“Weir to Meine was a fitting touchdown, because that’s been a popular connection throughout the season,” noted Koper. “That was the first time that we’d gotten into the red zone, and we were able to score.”

Ultimately, it would be the only time the Warriors would reach the red zone. Warrenton managed to cross into Pirate territory on only a few possessions.

“They had multiple penalties, holding and pass interferences that allowed us to sustain a couple drives, but for the most part, we weren’t able to get anything going offensively,” said Koper.

Hannibal led 56-6 at halftime, before tacking on three more touchdowns in the final two quarters.

Despite the lopsided outcome, Koper was able to identify a few moments of success throughout the game.

“Kaden Stroer had a couple really good plays at linebacker,” noted Koper. “Caelon had some good completions and Issiah (Jones) had a couple decent runs.”

On a grander scale, he reflected positively on how the team competed all season, in spite of finishing 3-7. The Warriors were in contention for the GAC North title after a 2-0 start, but a wave of injuries set in and never subsided the remainder of the campaign.

“I was very proud of the seniors overall,” said Koper. “It was really a tough scenario for them to make do with all the injuries and all the freshmen playing. I thought our effort every week was good, despite the scenarios. If we were able to avoid some of the injuries, I think we would’ve been in a much better position, but we just had too many injuries to overcome.”