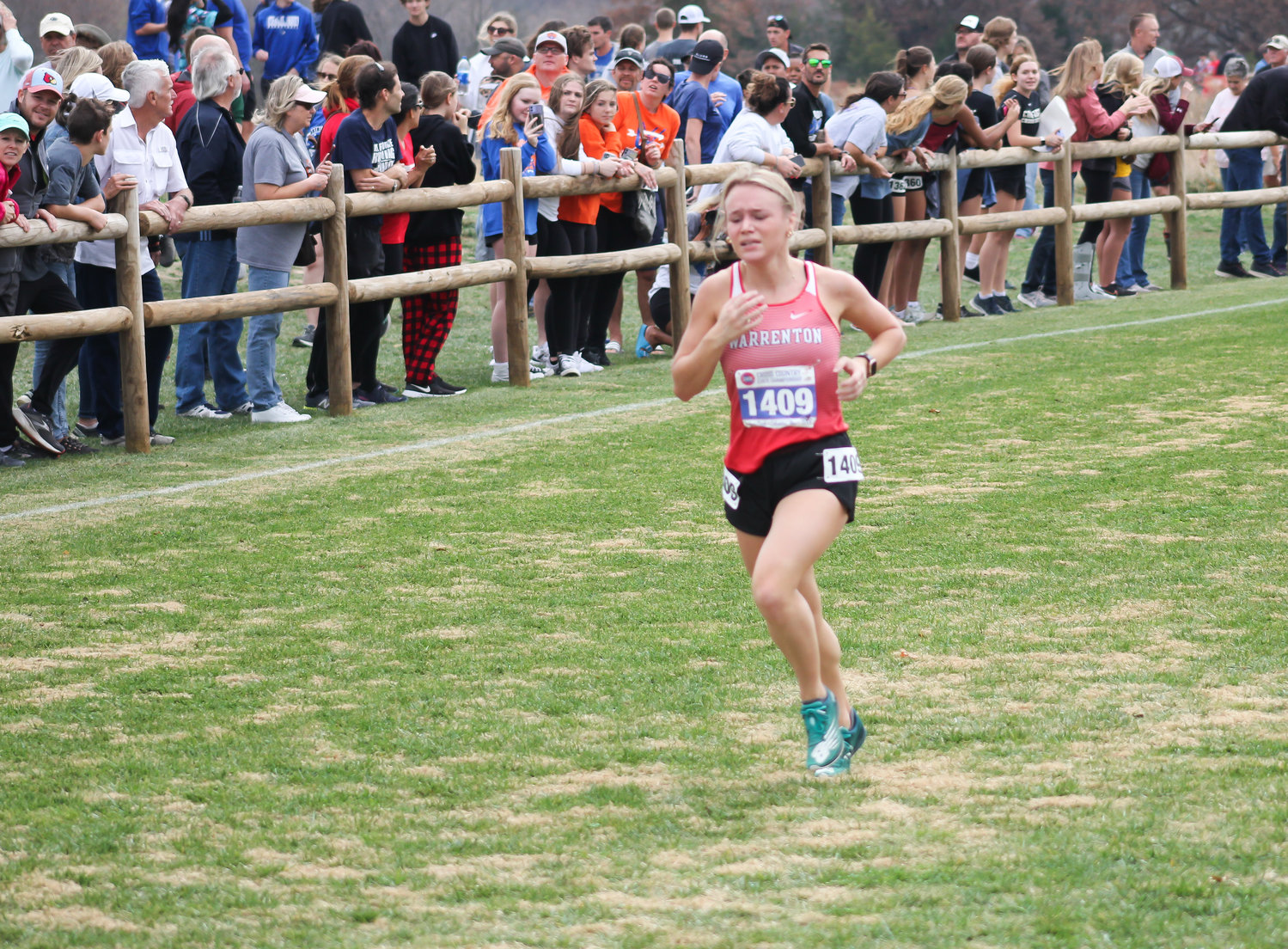 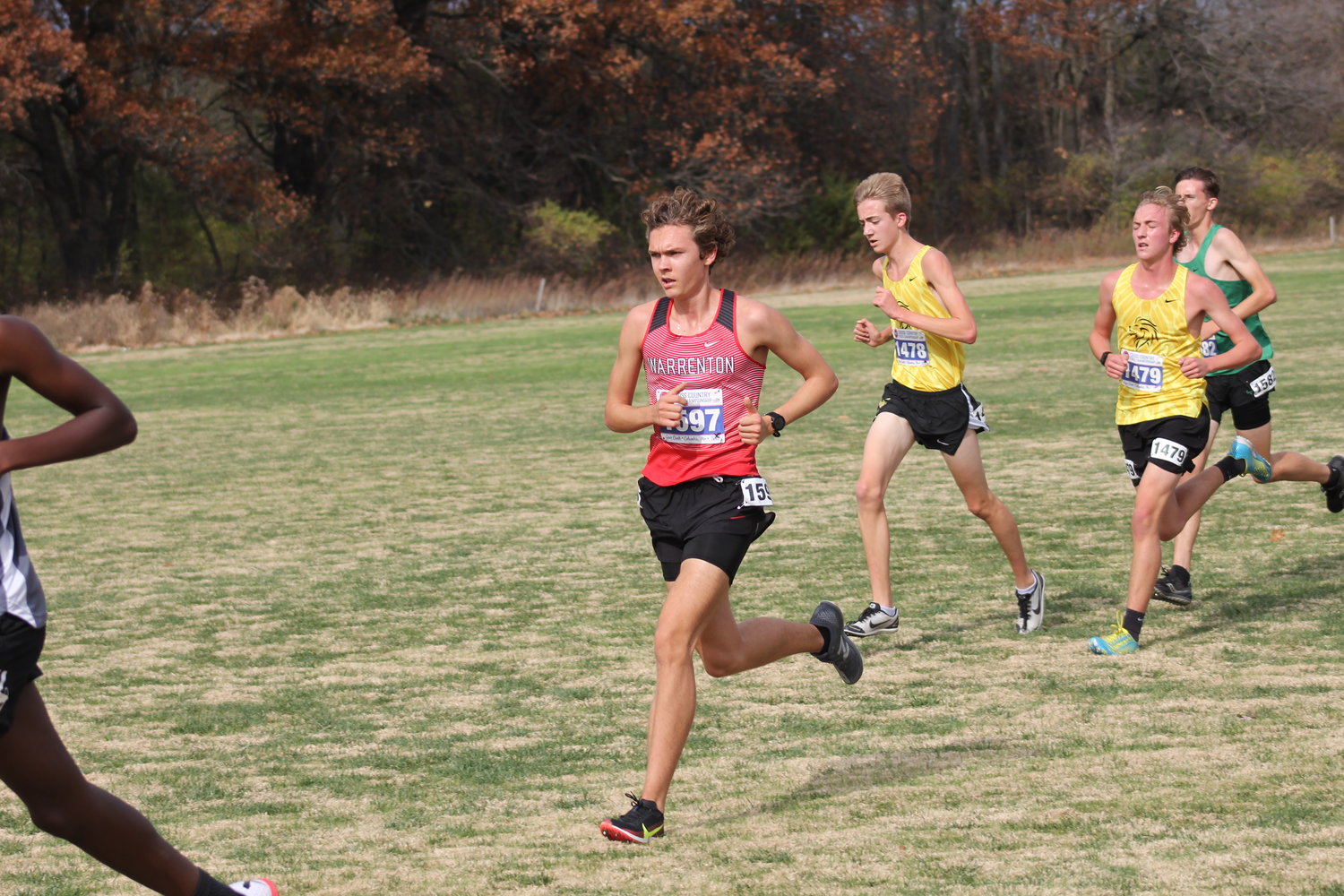 Warrenton senior Madelyn Marschel capped off her high school career with what coach Jeremy Collins characterized as her best race of the season at the state cross country meet last week.

Marschel and junior Wyatt Claiborne both competed at the Missouri Class 4 state cross country meet last week at Gans Creek in Columbia. Marschel placed 72nd and finished with a time of 21:22. Claiborne finished 107th with a time of 18:18.

Both runners battled tough conditions during the 5,000 meter race. Collins said Marschel ran the best race of the season and potentially her best race in her high school career. Even though she ran a 21:01 at the state meet her sophomore year, the conditions this year were much more difficult.

“I know if the conditions were better, she would have run a sub-21 minute race,” Collins said. “This is what makes cross country tough. You can’t always judge your performance on time because there can be too many variables that come into play.”

Collins noted there were wind gusts close to 25-30 miles per hour during the race. Despite running straight into the wind during the first 500 meters of the race, Marschel was able to get off to a fast start and put herself in a great position at the beginning of the run. She was on pace to run an under 21 minute race by three seconds at the 3,000 meter mark. However, she fell above the 21 minute pace while running the 4,000 meter portion of the course, which Collins said is probably one of the toughest parts of the course. Collins stressed Marschel ran the last 2,000 meters tough and ran an amazing race.

Marschel competed at the state meet all four years of her high school cross country career.

“No matter what the format was, she was able to compete and run with anyone,” Collins said. “She worked really hard every year. She put in the work in the summertime by putting in miles. During the season, she worked really hard and challenged herself to be ready for districts and the state meet.”

“Wyatt had a great district meet to qualify for state,” Collins said. “Running in districts and the state meet just adds to the experience. Even though the results at state weren’t what he was expecting, it was good experience for him. And I think he will use it as motivation for next year.”

Collins said Claiborne and Phillip Kackley lead a strong group set to come back next season. He believes varsity runners Noah Cline and Jacob Beckemeyer will also make a big impact on the team next season.

“There could be some incoming freshmen that can make an impact for us,” Collins said. “If we can get our third, fourth and fifth runners to get a little closer to Wyatt and Phillip, we could maybe surprise some teams.”

Collins said the girls team will miss Marschel, who has been their top runner and a great teammate and leader. Collins expects Briana Grooms and Camryn Petersmeyer to be senior leaders and in the top group next season.

“I’m hoping we can get some kids who haven’t run cross country to come out and then add the incoming freshmen to the team,” Collins said.