Organizers of the 15th annual Journey for Charity Tractor Cruise on Sept. 11 are happy to say that a great day and generous communities have provided around 9,000 pounds of food to donate to area … 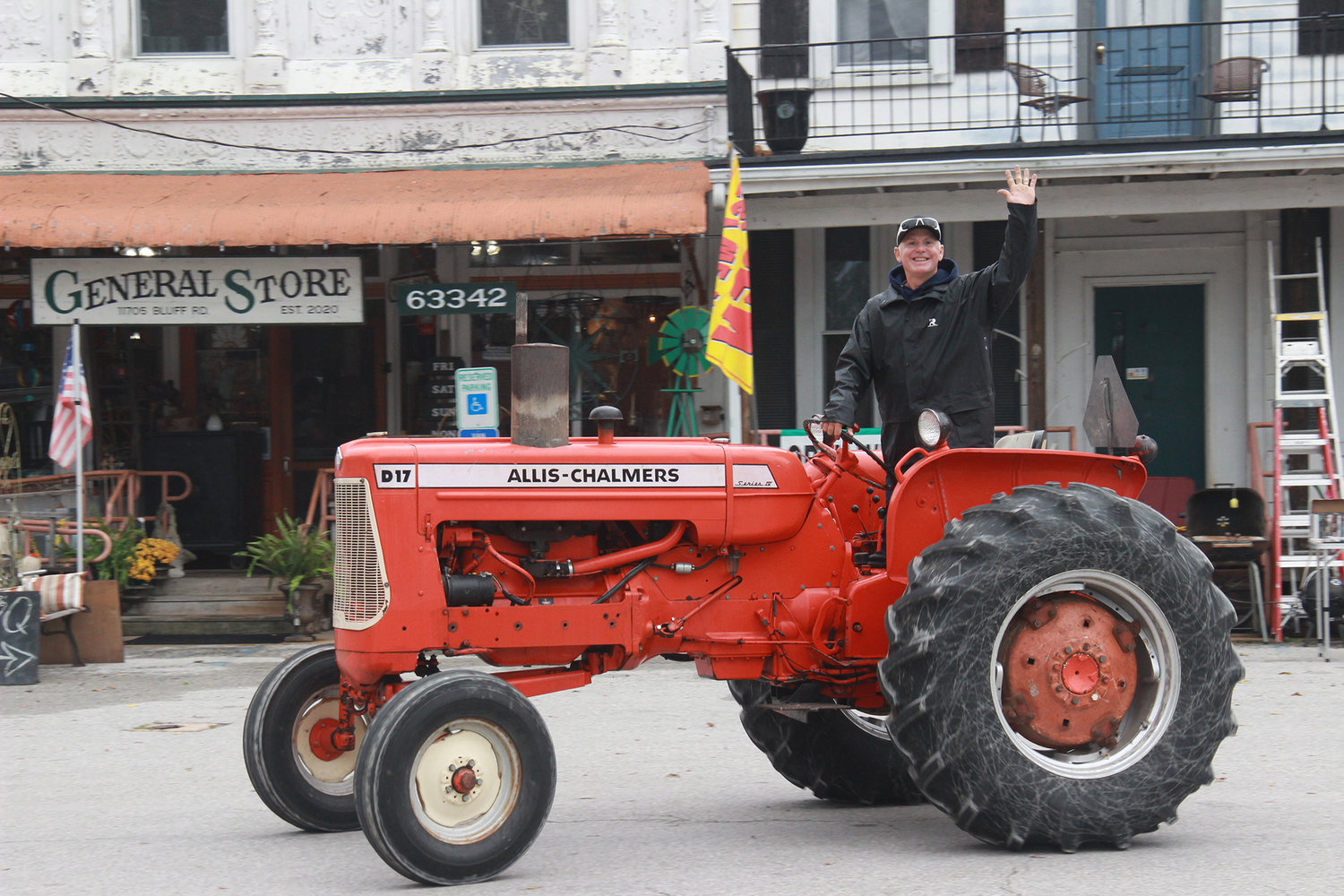 HAPPY TO DO GOOD — A driver in the Journey for Charity Tractor Cruise smiles and waves as the parade travels through Dutzow on Sept. 11, collecting food and monetary donations for area food pantries.
Adam Rollins photo
Posted Sunday, September 18, 2022 5:00 am
Adam Rollins, Staff Writer

Organizers of the 15th annual Journey for Charity Tractor Cruise on Sept. 11 are happy to say that a great day and generous communities have provided around 9,000 pounds of food to donate to area food pantries.

Although monetary donations are still coming in, this could be the best year ever for the charity event, which originated in Franklin County and expanded to include a second route in Warren County in 2019. The annual tractor cruise is organized by a collaboration of Knights of Columbus councils in the two counties.

Co-organizer Rick Mueller said this year’s food collection will be divided among nine regional food providers, including the food pantry at Charrette Baptist Church in Marthasville and a drive-up food distribution at Ebenezer United Church of Christ in Augusta.

Mueller said the food being shared with these pantries is thanks in part to the generosity and growing support from neighbors throughout southern Warren County. Tractor drivers on the northern route paraded from Concord Hill to Augusta, and then across the river to Washington, collecting food and monetary donations from spectators along the way.

“We’re seeing more people in Marthasville, Dutzow, and all along the route, coming out and bringing food to the tractors. The word’s getting out there,” Mueller said. “More and more people are coming out to see it and it’s growing.”

This year had a great turnout of tractor drivers as well, despite fears that morning rain would keep participants away. Around 77 tractors participated in the northern route through Warren County. The journey, including stops, takes about 4.5 hours.

Another 98 tractors drove the southern route from St. Clair to Washington in Franklin County. Organizers hope to continue seeing growing participation with each passing year.

Monetary donations collected during the tractor cruise have not yet been tallied, and donations are still being collected, Mueller said. Any donation provided to one of the seven participating Knights of Columbus councils by the end of September will be included in financial distributions to the benefiting food pantries. Checks will be presented to the food services in October.

Tractor cruise for charity this weekend