The numbers are in, and over the last 10 years Warren County’s population has grown by 9 percent — at least, on paper.

Missouri has released preliminary data from the 2020 U.S. … 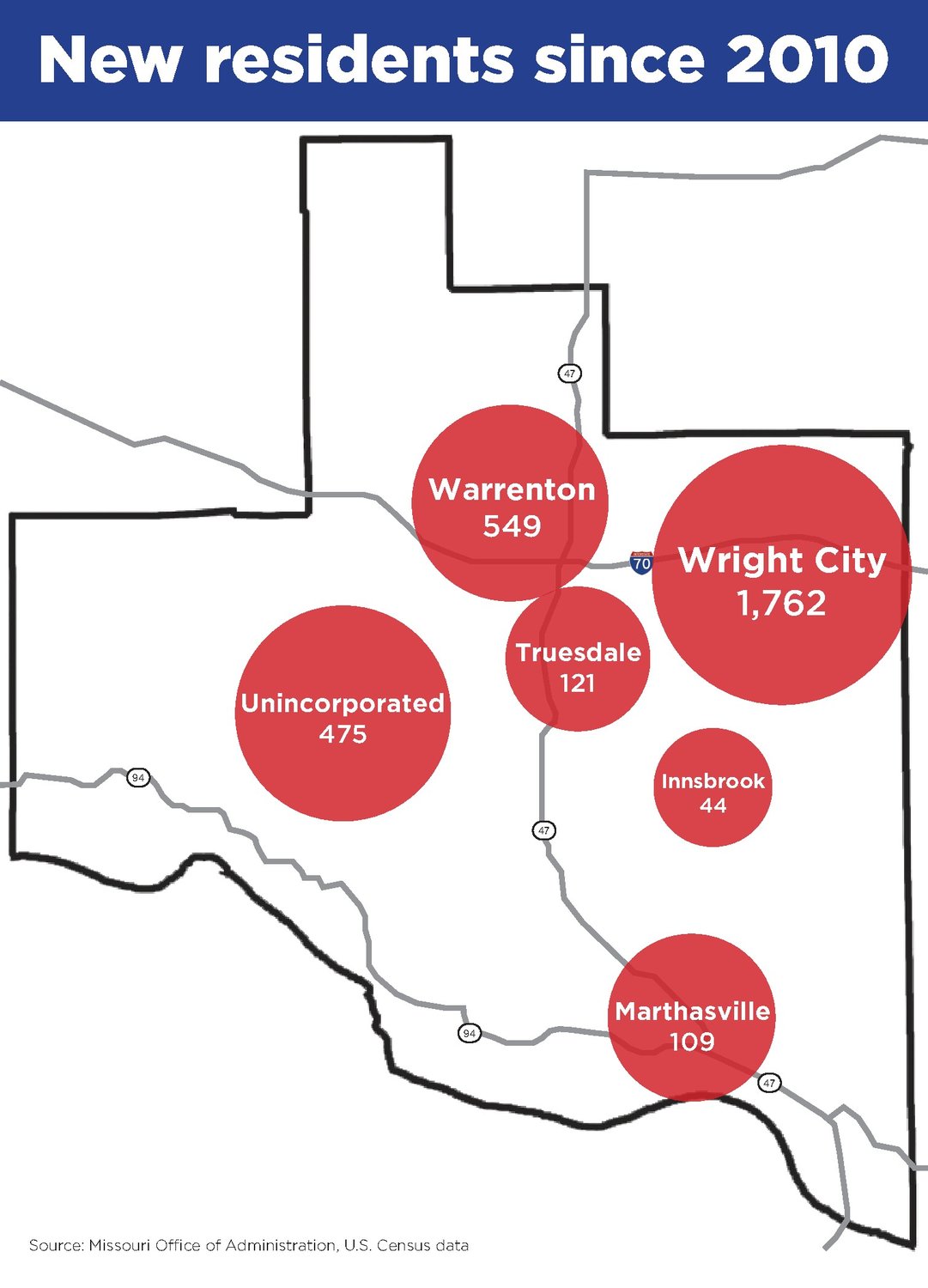 The numbers are in, and over the last 10 years Warren County’s population has grown by 9 percent — at least, on paper.

Missouri has released preliminary data from the 2020 U.S. Census, showing that Warren County was one of the fastest-growing areas in the state. While local leaders are pleased to see their communities expanding, officials in Wright City and Warrenton think the census actually undercounted their population growth by a wide margin.

According to census data shared by the state government and Boonslick Regional Planning Commission, Warren County’s overall population grew by about 3,000 people over the last decade, to over 35,500. That 9-percent growth rate is in the top 10 for percentage growth in Missouri.

Breaking down the data by individual towns, Wright City was the big gainer of the decade. Data shows the town’s population grew by 56 percent, adding almost 1,800 people to a city that had only 3,100 residents in 2010.

Warrenton, meanwhile, has been slower to draw new residents and housing development, with census data showing a 549-person (7 percent) increase to population, bringing the city to over 8,400.

Other gains included just under 110 new people in Marthasville, bringing that town to over 1,200. Over 120 more people live in Truesdale, for a total of over 850 (17-percent growth). Foristell added 45 people to round out the decade at 550. Innsbrook also had about 45 new people to bring their count just shy of 600. The data also shows about 475 more residents live in unincorporated areas of Warren County, compared to 10 years ago.

While some areas are growing, two rural villages saw a decline. Pendleton, the county’s smallest official municipality, dropped from 43 people in 2010 to 34 people last year, according to the census. Truxton, which straddles the border with Lincoln County, dropped from 91 people to 59.

Leaders in Warrenton, which has been welcoming growth, were taken aback when they received a census count that showed only 549 added people – much lower than anticipated.

“It’s not really what we had expected,” confirmed City Administrator Brandie Walters. “Keep in mind, people have to fill out the census or it doesn’t work.”

Walters told The Record that estimates based on new housing permits should have put Warrenton at more than 1,000 new residents, reaching nearly 9,000 total population.

If true, that undercount could affect the area in important ways. Notably, Warren County and its cities could be shorted on state and federal grant funding that are based on population.

Economic development could also be impacted. Employers such as retail stores and manufacturers often look at local population as a factor in determining where to establish new locations, city officials said.

• The population of the state of Missouri overall grew by 3%. Larger gains in some areas were tempered by population declines in 74 Missouri counties.

• State House of Representatives District 63, which includes Wright City and Wentzville, had a huge population boom. It now contains about 56,000 people, nearly 19,000 more than it needs to be in proportion with other House districts. This will require a major boundary adjustment in upcoming redistricting.