Wright City police spent nearly two days last week searching for an armed fugitive who allegedly stole a truck and attempted to ram multiple police cars during his escape into the woods. What led to … 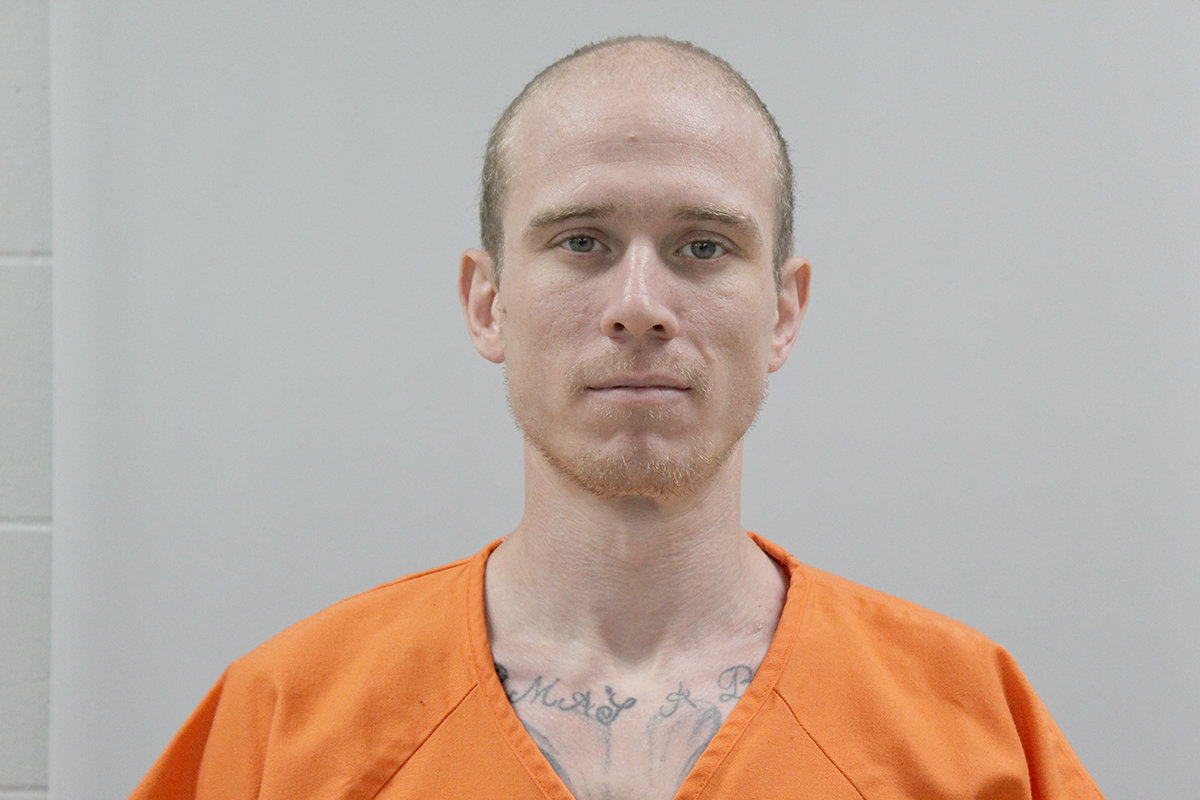 Wright City police spent nearly two days last week searching for an armed fugitive who allegedly stole a truck and attempted to ram multiple police cars during his escape into the woods. What led to the man’s capture was not an exhaustive search by land and air, but an attentive community member combined with the fugitive’s need to eat after two days in hiding.

Jeremy M. Wilson, 33, of Warren County, was arrested on May 11 after spending days on the run. He faces eight felony charges for assaults, thefts and armed criminal action that led to him temporarily becoming Wright City’s most wanted.

According to documents and statements from police, incidents involving Wilson began early in the morning on May 10, when he was the subject of a domestic assault report at a home south of Wright City (for which he is facing a separate, ninth felony charge).

While allegedly fleeing from that incident, police accuse Wilson of traveling into Wright City around 5:30 a.m. and stealing a pickup truck from a home on Horseshoe Court.

Wright City Police Chief Tom Canavan said police believe Wilson seized on a brief opportunity to take the truck after the owner started the vehicle and then went back inside their home.

Officers were dismayed to also learn that a loaded pistol was left in the vehicle by the driver seat. Although the theft happened in a quick and unexpected moment, it’s also not the first time that a gun has been stolen from an unlocked vehicle in the area.

“I would hope that people would not leave their firearms in their vehicle,” Canavan commented. “If you get out of your vehicle, don’t leave your firearm in there — or if you do, please lock the vehicle.”

About 5 minutes after the stolen vehicle was reported, an officer observed the truck getting onto eastbound Interstate 70, according to police. Officers attempted to pull the vehicle over, but the driver fled at high speed and then crossed the grass median onto Veterans Memorial Parkway. The stolen truck then drove back toward Wright City.

Police said that Wilson encountered two more Wright City police vehicles on his way back to town. Officers claim that he intentionally swerved in an attempt to ram their vehicles, doing minor damage to one of them.

After evading police, the truck fled to the woods north of town between the Wright City Cemetery and Highway J, police said. The vehicle was located with no occupant, and officers launched a manhunt that included a K-9 unit, helicopter and drone surveillance.

Although the suspect was not located, police were able to identify him as Wilson thanks to a phone found in the vehicle and other information collected that day. Officers published a notice on Facebook with Wilson’s photo, asking community members to report any sightings but to avoid approaching him.

Almost 18 hours later, around 6 p.m. May 11, one community member came through, reporting that Wilson had been seen at the Wright City Liquor store. Canavan said officers converged on the area, and found Wilson in the back of a U-Haul truck at the store, along with a bag of chips and the stolen pistol. He was arrested without further incident.

“I think he was hiding out in the woods, because he was covered in mud. But he just got so hungry and thirsty that he came into town, got something to eat and drink, and sat in the truck,” Canavan commented.

Wilson is now being held in custody without bond on one charge of domestic assault, two counts of assault on a police officer, two counts of armed criminal action, resisting arrest, stealing a firearm, unlawful possession of a firearm, and tampering with a motor vehicle. He had an initial court hearing scheduled for May 17.