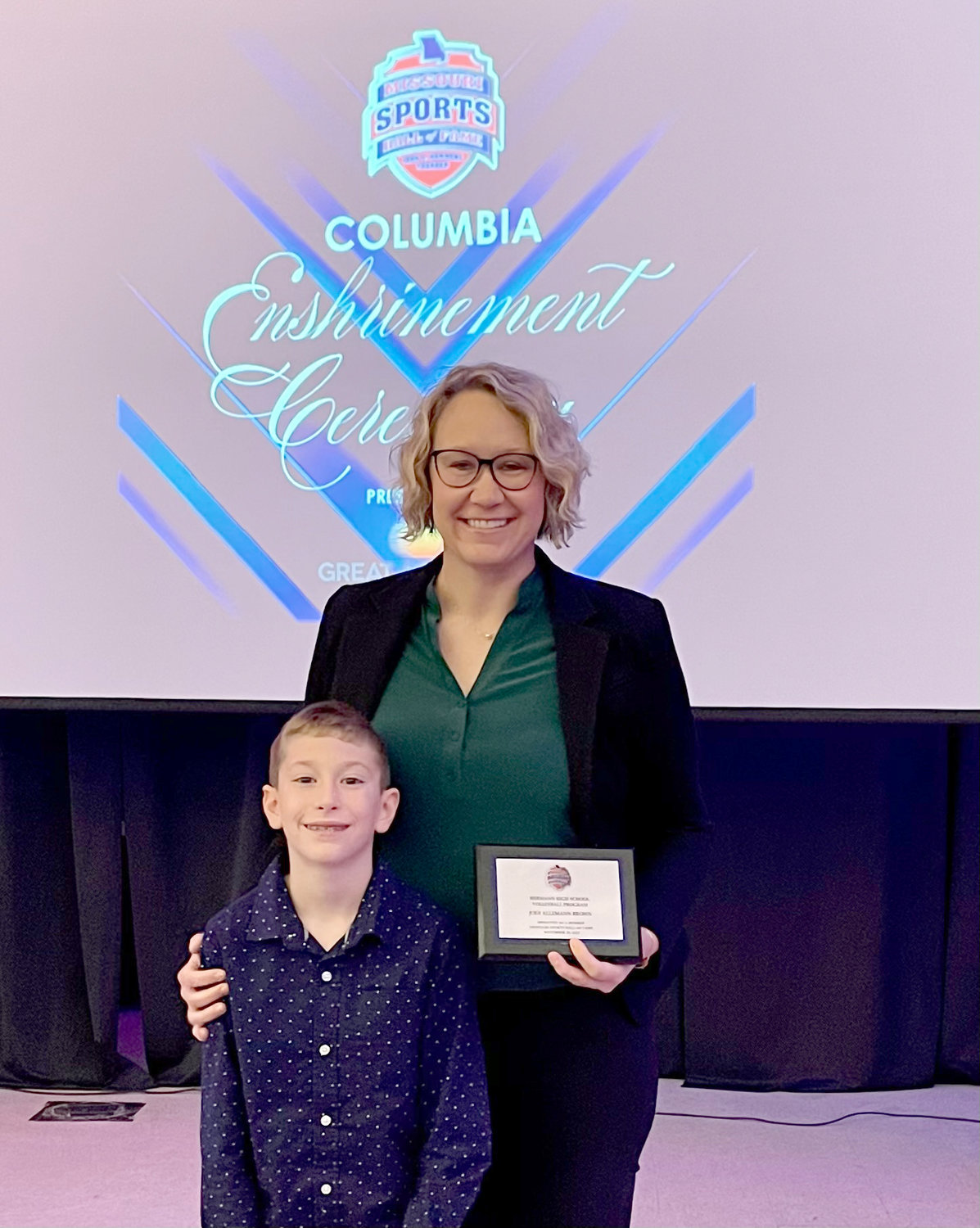 SPORTS LEGACY — Dr. Jodi Brown, the assistant principal at Daniel Boone Elementary, attended the Missouri Sports Hall of Fame enshrinement ceremony with her son, Jacob, on Nov. 20. Brown and other former players were honored during the Hall of Fame induction of the Hermann High School volleyball program.
Submitted photo
Posted Tuesday, December 6, 2022 5:00 am

Dr. Jodi Brown, assistant principal of Daniel Boone Elementary in Warrenton, was among former high school athletes honored by the Missouri Sports Hall of Fame in November. Brown is among the athletes recognized as part of the Hermann High School volleyball program, which was one of the Hall of Fame’s 2022 inductees.

Each year, the Missouri Sports Hall of Fame honors athletes and sports teams from across the state that have left an enduring legacy of sports in their communities.

Brown, her teammates, and Hermann volleyball competitors throughout the years earned the induction with the strong performance record that they built for the school:

In addition to her All-State recognition at Hermann, Brown was also an All-District and All-Conference player, as well as an All-American player in college.

Hall of Fame inductees were honored at an enshrinement ceremony in Columbia on Nov. 20.

Forget the intercom; Morning broadcasts are how RBE students give the news