After 11 years with the Wright City School District, Brian Ernst will have a new home on July 1.

The Lake St. Louis native has been hired as the new principal of Montgomery County High School for … 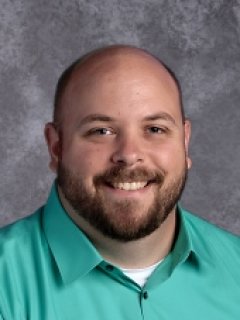 Brian Ernst of Wright City has been hired as the next principal of Montgomery County High School.
Posted Tuesday, May 10, 2022 5:00 am
Theo Tate, Staff Writer

After 11 years with the Wright City School District, Brian Ernst will have a new home on July 1.

The Lake St. Louis native has been hired as the new principal of Montgomery County High School for the 2022-23 school year, replacing Chris Parker.

“When the Montgomery position became open, I was really interested,” Ernst said. “I have always been impressed with Montgomery County High School as a school. I have always appreciated their sportsmanship, the friendliness of their staff, the culture that has been established and the traditions. It seemed like a really great opportunity for me.”

The hiring of Ernst was approved at a Montgomery board meeting in March. He will be MCHS’ third principal in three years.

“When I went in for my interview, the more we talked, the more I was excited about becoming principal there,” Ernst said. “When (Montgomery County R-II Superintendent) Dr. (Tracy) Bottoms gave me a call and offered me the job, I was really in shock and besides myself. I got the call on the same day of the interview. I took a day to chat with my wife about it. It was pretty much a no-brainer for us, but we just wanted to wrap our minds around it before we gave the affirmative, so we did.”

Ernst is currently the curriculum and instructional technology facilitator at Wright City High School. He has worked in that position for five years.

“It’s a position that is technically a teacher in a lot of ways, but functions as an administrator in some ways,” Ernst said. “The biggest opportunity with it is I had the opportunity to teach teachers. The position was created really for us to have someone full time, helping teachers adjust to the world of 1-to-1 technology with Chromebooks and such, but has involved curriculum support and academic support for teachers and students alike.”

Ernst graduated from Holt High School in Wentzville in 2006. After graduating with a Bachelor’s degree from Northwest Missouri State University five years later, Ernst immediately landed a teaching job at Wright City. He taught history for five years before he started working as the school’s curriculum and instruction technology facilitator in 2017.

Ernst, who graduated a Master’s degree program at Lindenwood University in 2019, said the one thing that he’ll miss about working at Wright City is building friendships with the staff members.

“When you spend 11 years in a place, you develop some really quality relationships, particularly my current boss,” Ernst said. “He’s been my supervisor in some capacity over the course of the last 11 years. Prior to that, he was my high school English teacher. He hired me in 2011 to be the ISS teacher at Wright City High School. He was my assistant principal for a few years there. When he moved up to assistant superintendent, it was around the time that I started in my current role. That’s my direct supervisor. That’s a 20-year-long relationship with a mentor I will miss working with on a daily basis.”

Ernst attended a freshman orientation night at MCHS on April 7. The following week, he went to a school board meeting for an opportunity to meet the board members.

Ernst has already set a couple of goals for his first year as MCHS principal.

“My first priority is to learn and to engage with as many people in the community as possible. That includes students and staff members and parents,” Ernst said. “Secondly, I want to see what we’re doing well academically and bring my academic prowess to the district and work alongside teachers as we seek to achieve the best level of academic performance possible.”