The Wright City Wildcats scored two runs in the top of the seventh inning to tie Thursday's district final against St. Charles West but lost on a walkoff home run later in the … 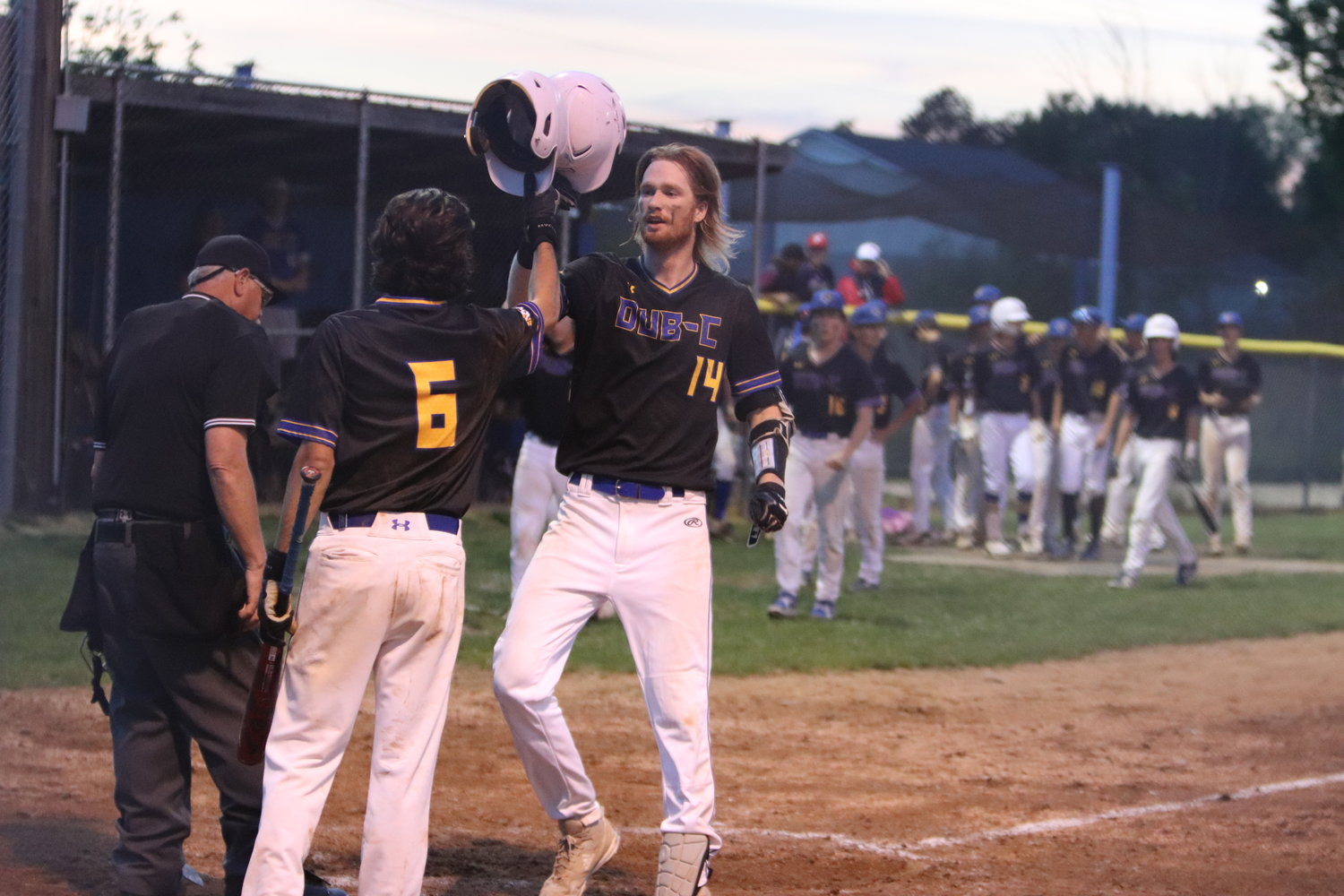 Kyle Johnson (right) celebrates with Nick Moore after Johnson hit a home run in the seventh inning. The Wildcats tied the game before losing on a walkoff home run.
John Rohlf photo
Posted Friday, May 20, 2022 12:30 am
By John Rohlf, Sports Editor

The Wright City Wildcats scored two runs in the top of the seventh inning to tie Thursday's district final against St. Charles West before losing on a walkoff home run later in the inning.

Trailing 2-0 after six innings, Wright City scored two runs in the top of the seventh inning to tie the game. Senior Kyle Johnson hit a leadoff home run on a 3-2 pitch to score Wright City's first run of the game. Bryce Williams walked with one out in the inning. Courtesy runner Micah Boeckman stole second base. With two outs and Wright City down to their final strike, Jake Orf doubled down the right field line to tie the game.

Josh Newell hit a two-run home run in the bottom of the seventh inning to win the game for St. Charles West.

Wright City ended the season with 15 wins. They beat Bowling Green and Lutheran St. Charles in the district tournament to advance to Thursday's district final.