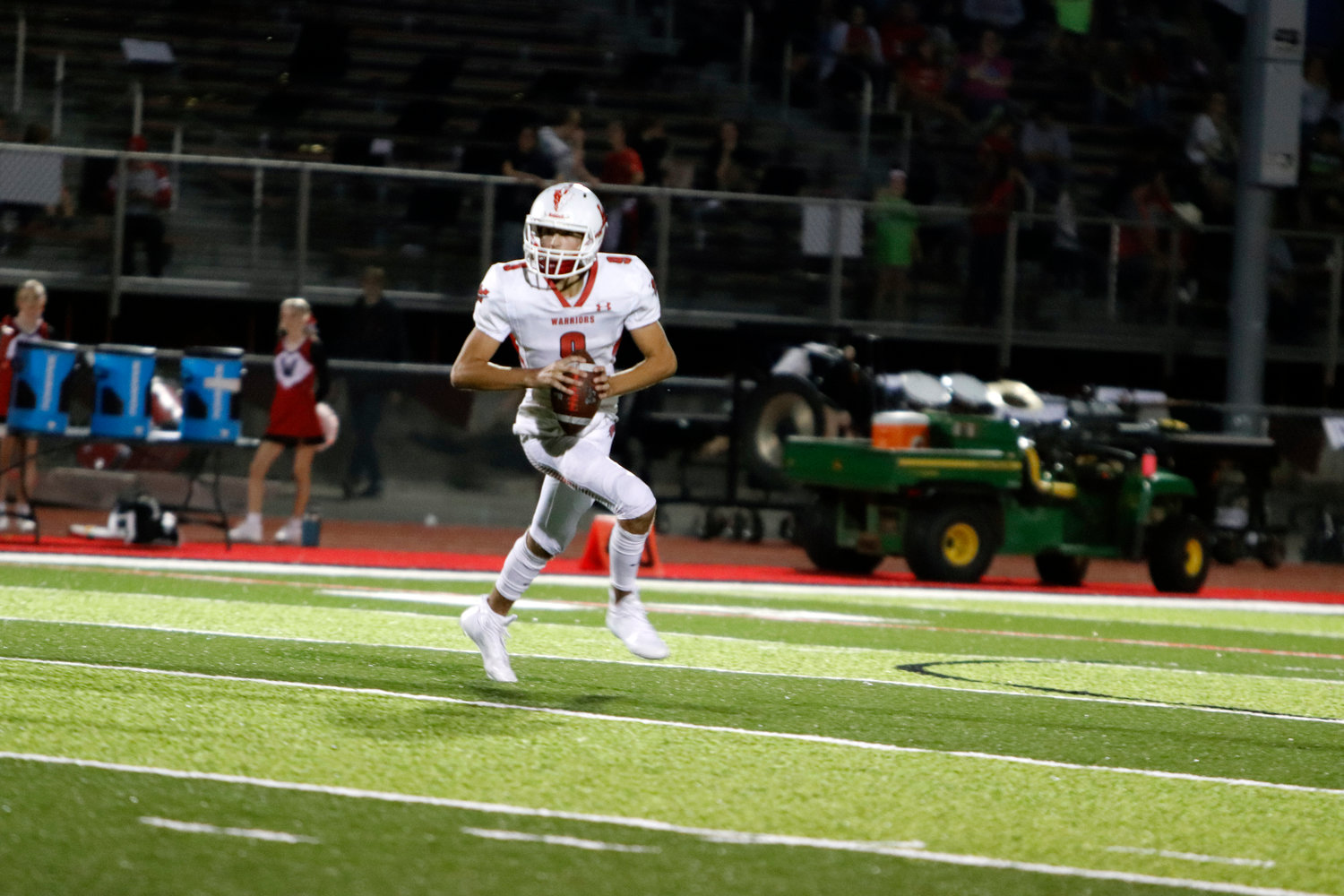 The Warrenton Warriors held a fourth quarter lead but ultimately fell to St. Charles West in a home game last week.
Warrenton (1-4) held a 21-20 lead heading into the fourth quarter. St. Charles West outscored Warrenton 15-0 in the fourth quarter to win the game 35-21.
Charlie Blondin threw two touchdown passes and rushed for one touchdown in the loss. Blondin threw both touchdowns to receiver Mason Thompson. Blondin finished the game with 149 yards passing. Thompson led Warrenton with 79 yards receiving. Austin Haas carried the ball 29 times for 156 yards.
The Warrior defense recovered four fumbles in the loss. Quincy Dodson recovered two fumbles in the loss. Peyton Dawson and McKyi Owens each recovered one fumble. Dodson and Owens each recorded a sack.
Colton Brosenne led the Warriors with six tackles. Javon Blair had five tackles.
Warrenton will play at Union Friday in a non-conference matchup. Kickoff is scheduled for 7 p.m.