Despite falling in a pair of games at last week’s state tournament, members of the Warrenton softball team stressed the strides the team had over the course of the season, including multiple … 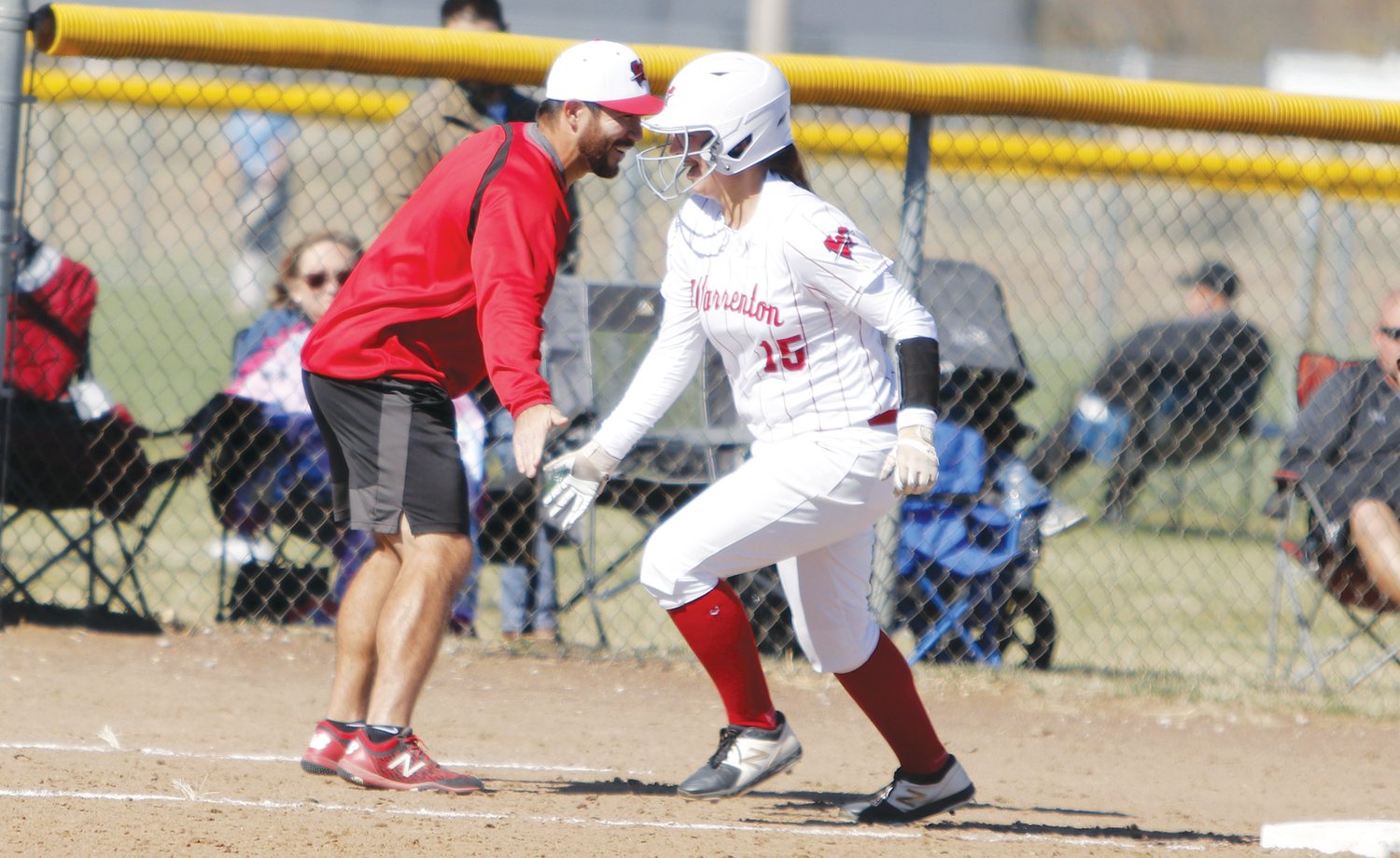 Despite falling in a pair of games at last week’s state tournament, members of the Warrenton softball team stressed the strides the team had over the course of the season, including multiple walk-off wins on their playoff run.

Warrenton won the district title and beat Incarnate Word in the Class 4 state quarterfinals to be one of four teams from Class 4 to qualify for the state tournament. They lost to Kearney 6-3 in the state semifinals. They fell to defending champion Washington 10-0 in the third-place game.

“For me, after putting in four years, it means a lot,” senior third baseman Mackenzie Hurst said. “These last few years, high school softball really meant a lot to me. So to be able to make it all the way to state, that’s always been a dream.”

Despite playing in Springfield, Hurst, Kylie Witthaus and Makayla Witthaus all agreed the two games felt similar to other games throughout the postseason run. Hurst said the previous few games all felt like state-level games. Kylie Witthaus, who pitched all 12 innings for Warrenton in Springfield, said the Lady Warriors were still playing for the same goal they have the whole postseason run.

“You’re still playing for the same thing. You’re just one step closer, is how I felt about it. So it didn’t really feel any different,” she said.

Kylie and Makayla Witthaus both said it was extra special to be able to compete at the state level with each other. This is the first year the sisters played together on the Warrenton team. Kylie is a junior and Makayla is a freshman.

“Being able to say I went to state and I did it with my sister and a whole bunch of girls that were like my family, that just means a lot to me,” Kylie Witthaus said.

Makayla Witthaus added the Lady Warriors became a family over the course of the season.

“We weren’t good at the beginning of the year,” Warrenton softball coach Chad Berrey said. “It was tough to even imagine us being a .500 team this year. We were bad. We were not firing at any cylinders starting off the season. And the girls became a family. They became coachable. They bought into the family atmosphere, the program, how we run it. They practiced harder and harder every day.”

“Talking about experiences, just being bad and working hard and getting better every day and then playing your best softball, your best ball in October,” Berrey said. “That’s great experience for next year. Hopefully we take this stride and we don’t miss a step. And we are back in this spot one year from now.”