The city of Warrenton’s annual Fall Festival did not disappoint those who were hoping to see the community event come back big after last year's event was canceled. The number of vendors and … 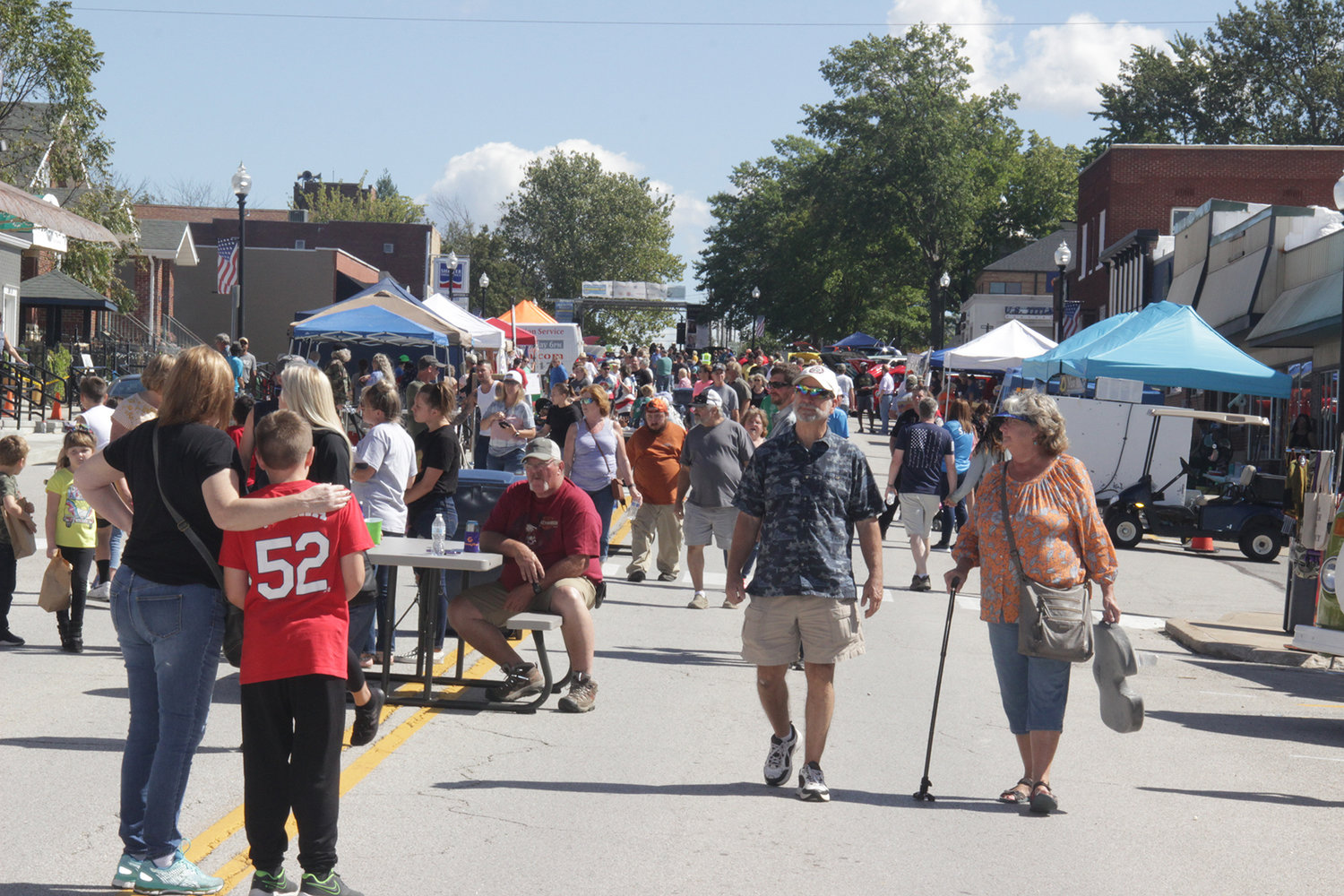 The city of Warrenton’s annual Fall Festival did not disappoint those who were hoping to see the community event come back big after last year's event was canceled. The number of vendors and car show participants was just about at capacity, with festival visitors exceeding what many vendors were prepared for, said city Director of Operations Jon Struckhoff.

“A bunch of vendors ran out of food because it was so well attended. People had to close up early because they didn’t have anything left to sell,” Struckhoff said.

Turnout and participation in the festival was reviewed by city officials on Oct. 5. Struckhoff said aerial photos from the event illustrated how well attended it was.

“It’s amazing to me. The crowd goes all the way up the street as far as you can see,” he said.

There were about 50 vendors selling goods at the festival, Struckhoff said. 150 cars were signed up for the accompanying car show, plus more show cars that parked without participating in the competition. There were enough that some unregistered participants had to be turned away the day of the festival.

“We could expand the car show by a lot, but we just don’t have the space for it. We can’t shut down the next street over because it would be a nightmare for traffic,” Struckhoff explained.

He added that the side area for children’s activities was busy all day long, and that the late addition of a fireworks show to the festival went over quite well.

“The fireworks was an amazing show. It was way bigger than we expected, and everybody raved about it,” Struckhoff said.

Fireworks, a baby show, and a pedal tractor competition were added to the Fall Festival and hosted by members of the Warren County Fair Board as a make up for a day of the county fair that was rained out.

Struckhoff also commented that a big help to event staff throughout the day was how orderly and tidy all the festival visitors were, and that workers provided by Meridian Waste were also a big help to keep Main Street clean.

Mayor Eric Schleuter said another element of the festival he appreciated was a visit by Ms. Missouri USA Joye Forrest, who he said was very personable and inviting for families to interact with.

“I appreciate Miss Missouri being as involved as she was. She went to the kids corner and spent a long time there,” Schleuter commented.

The mayor said the only slightly negative feedback he received was that the crowds at the festival and music concerts made it hard for people in wheelchairs to navigate some parts of Main Street. He suggested that some paths could be marked and preserved for their use during future festivals.