Two Special Olympics teams from Warren County competing in the national USA Games in Florida this month got to take a victory lap as they returned home with gold medals around their necks. 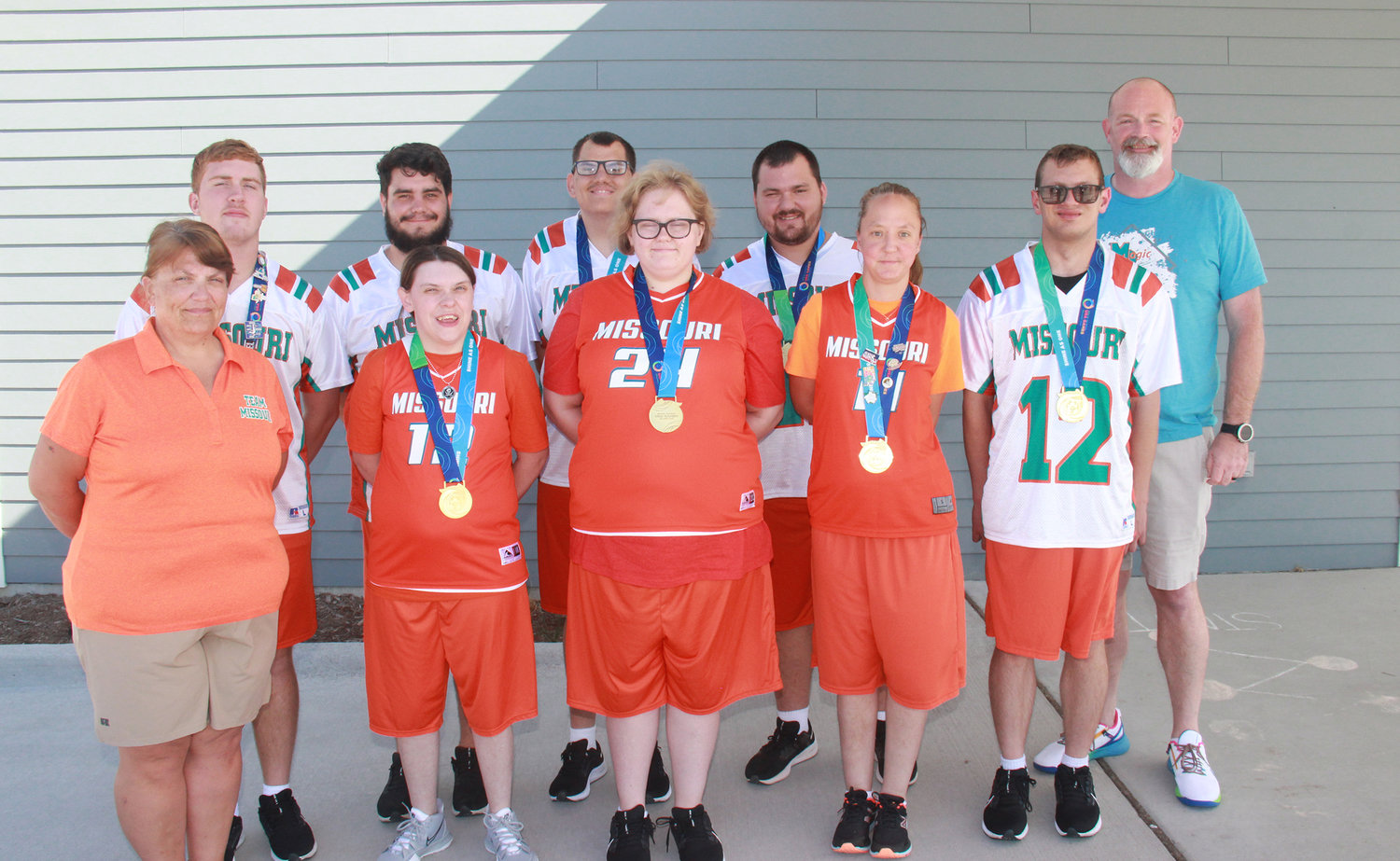 Two Special Olympics teams from Warren County competing in the national USA Games in Florida this month got to take a victory lap as they returned home with gold medals around their necks.

The boys flag football team and girls 3-on-3 basketball team, both based in Warrenton, competed in the national games in Orlando, Florida, between June 6-10. After struggling in their opening games that sorted the teams into brackets, the Warren County athletes came together to win their divisions, with a particularly dramatic finish to the flag football outing.

The USA Games happen only once every four years. The Special Olympics program in Warrenton, run by Warren County Handicapped Services, qualified its football and basketball teams to compete as representatives of the state of Missouri. Their trip to the competition was funded in large part by community donations.

“The first part of the week was pretty rough, but when they got to their brackets, they showed up to play,” commented football coach Rich Black. He explained that each team was first sorted into a three-team bracket in multiple days of competition, and then had to compete within that bracket for medals.

The basketball team was sorted into games against Maryland and Minnesota, while the football team faced off against Ohio and Georgia. Both teams had to win back-to-back games on their final day of play to earn their gold medals.

Athlete Brooke Timmerberg agreed that the opening placement matches had some difficult losses, but gave her team a chance to come together.

“The Texas team was over 6 foot tall! They beat us 20-2,” Brooke recalled. “But I think we learned from that, that we needed to work together and communicate, and we did that.”

On the football field, Warren County’s team had to compete in the hot Florida weather to win two final-day games against opponents who each only had one match that day. It was a tough day of play that ended in a literal last-second touchdown for the win.

“I was nervous, but I had confidence we could do it as a team. Missouri is the Show Me state, and we came to show everyone how we play,” said athlete Michael Mohrmann. After that last play, athletes were rushing the field and getting congratulations even from spectators from other states.

“They just kept their heads up, they kept going, and when it was time to win, they showed up and gave it everything they had,” Black said.

It was a great experience for all of the athletes to come home to proud families and congratulations from the community. Advocates for the Special Olympics program are tremendously grateful for the support, Black said.

Athlete Jacob Ritter got a particular warm welcome when he arrived home to Wright City. Neighbors and community members had organized a surprised gathering to congratulate him, and his family was escorted home by a parade of police, fire and ambulance vehicles.

“It was pretty awesome,” Ritter commented.