The annual Journey for Charity Tractor Cruise in September raised $40,600 for area food pantries, a portion of which will go to a pantry in southern Warren County.

The net proceeds for the charity … 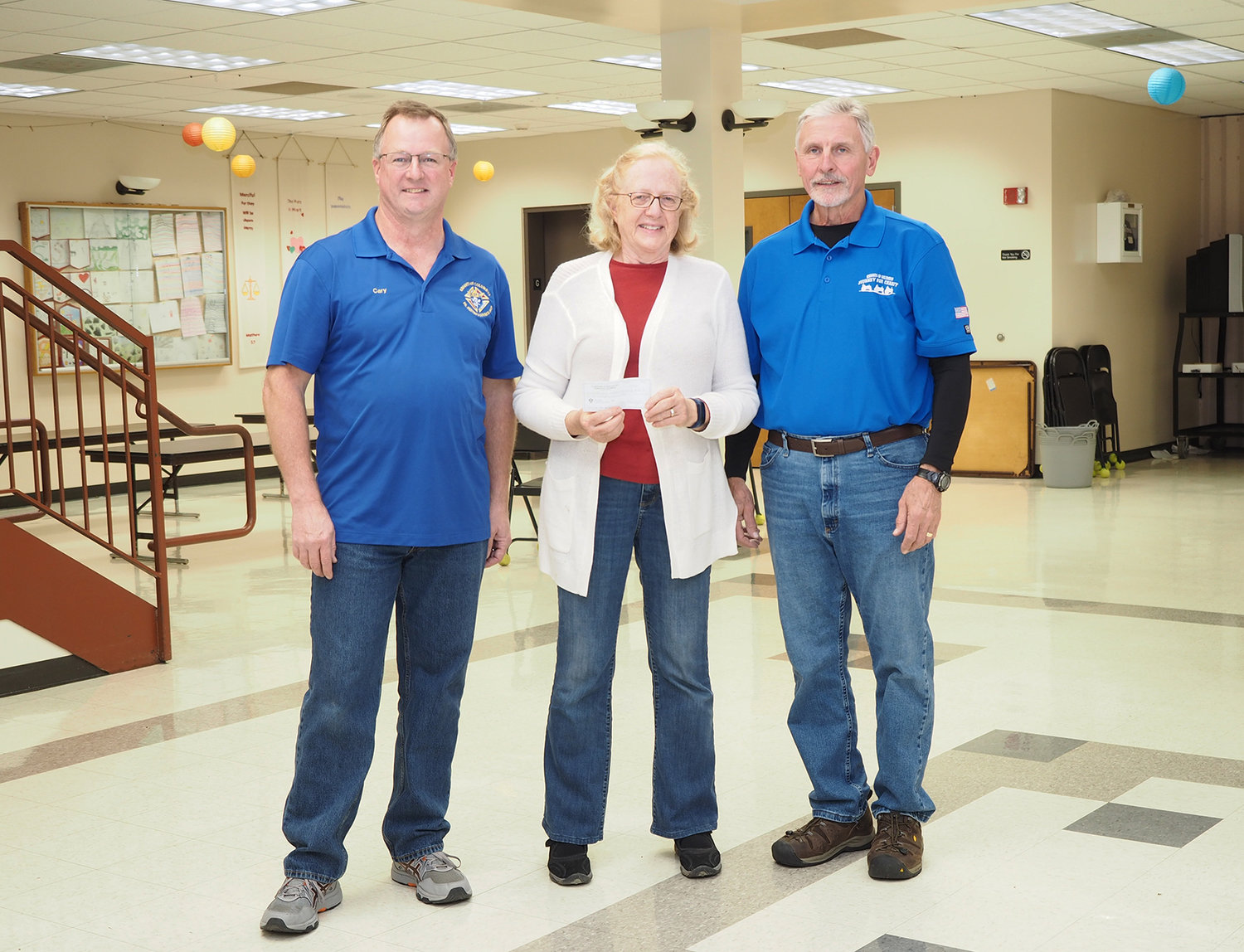 DONATION TO PANTRY — The 15th annual Knights of Columbus Journey for Charity Tractor Cruise on Sept. 11 raised over $40,000 for several regional food pantries. A check for $5,800 was presented Monday, Nov. 14, to Barbara Harman, representing the Southern Warren and St. Charles County Food Pantry housed at Charrette Baptist Church in Marthasville. Members of Fr. Bertens Council 1927 of the Knights of Columbus were on hand to present the donation. Pictured, from left, are Cary Trentmann, Harman, and Rick Mueller.
Cindy Gladden photo
Posted Friday, November 18, 2022 5:00 am
Adam Rollins, Staff Writer

The annual Journey for Charity Tractor Cruise in September raised $40,600 for area food pantries, a portion of which will go to a pantry in southern Warren County.

The net proceeds for the charity collection were announced last week by organizers with area Knights of Columbus chapters, who had continued accepting donations through the end of September. The money is in addition to about 9,000 pounds of food that was collected during the Sept. 11 tractor cruise.

Journey for Charity is an annual event in which tractor drivers parade across Franklin County and Southern Warren County to collect food pantry donations. This year, 77 tractors participated in the Warren County route, traveling from Concord Hill to Augusta, and then across the river to Washington.

Thanks to this year’s collection, the Southern Warren and St. Charles County Food Pantry received a $5,800 share of the collections on Monday, Nov. 14. The regional food pantry is located in Marthasville. The remaining donations are being divided among designated food pantries in Franklin County.

The monetary collection from this year’s tractor cruise was just shy of last year’s $41,300, but tractor riders balanced that out by collecting over 1,000 pounds more food this year than in 2021.

The Journey for Charity event is organized by seven Knights of Columbus councils in Warren and Franklin counties, who then divide the collections among food pantries serving their communities. This was the 15th year of the tractor cruise overall, and the fourth year of the Warren County route.

With the two routes combined, 175 tractors participated in this year’s event.

For more information about participating in or supporting next year’s Journey for Charity event, contact local organizer Rick Mueller at 636-390-3116.