Two Special Olympics sports teams from Warren County will be able to afford a trip to national competitions in Florida, thanks to a quick community effort to close a funding gap for the teams. 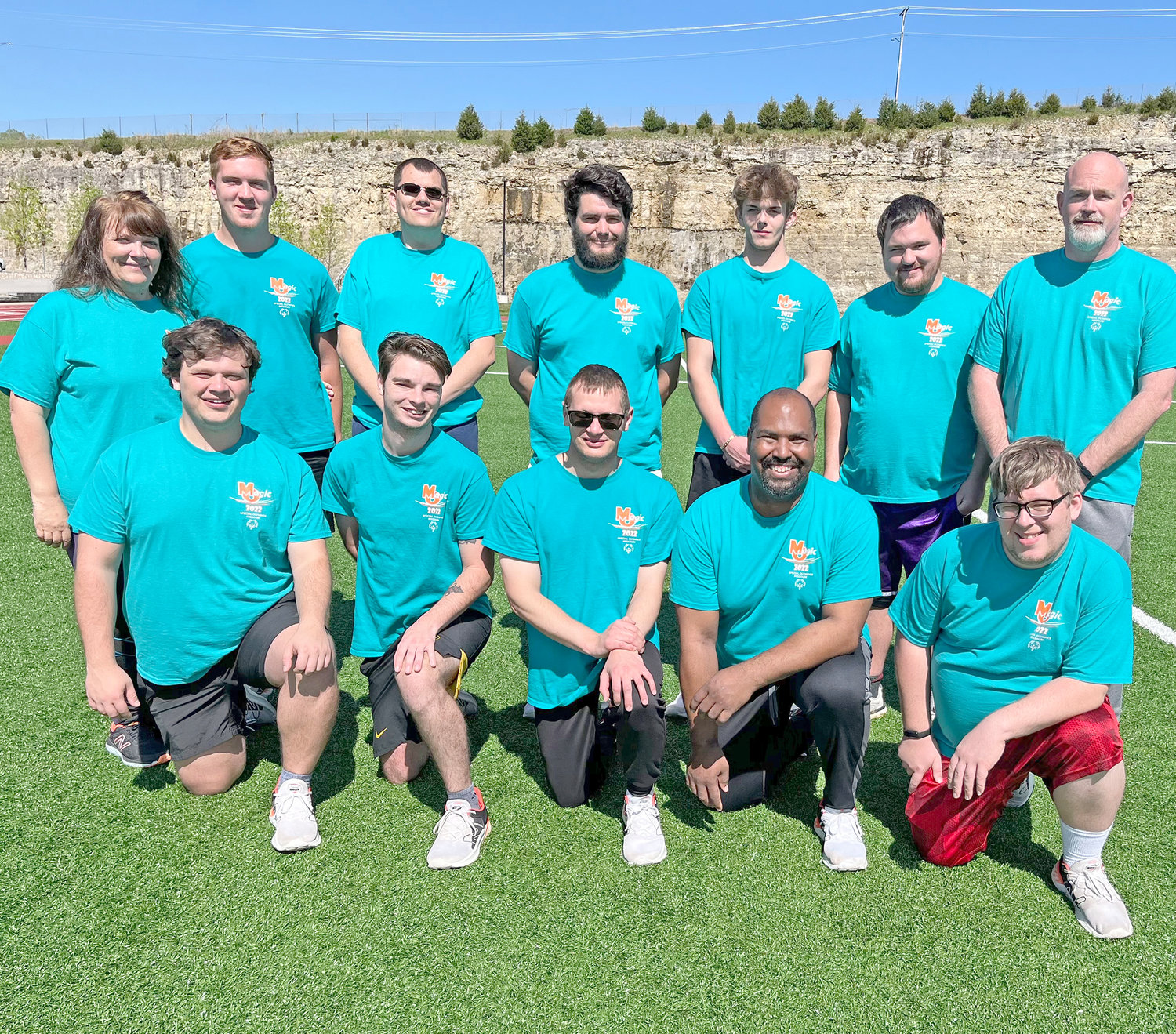 GOING TO NATIONALS — Special Olympics teams from Warren County will be able to compete in the Special Olympics USA Games in Florida this June thanks to community donations. Pictured here is the local boys flag football team. A girls 3-on-3 basketball team will also compete.
Submitted photo
Posted Friday, May 13, 2022 5:00 am

Two Special Olympics sports teams from Warren County will be able to afford a trip to national competitions in Florida, thanks to a quick community effort to close a funding gap for the teams.

A boys flag football team and girls 3-on-3 basketball team based in Warren County qualified late last year for the 2022 Special Olympics USA Games, which are only held every four years. The local teams qualified through the state-level Missouri Special Olympics organization.

But as their fundraising deadline was nearing two weeks away, the teams were running out of time to raise $48,000 necessary for trip expenses and participation. In April, still several thousand dollars short, the teams put out a call for a final fundraising push from the community. They were amazed by the support they received in reply, said coach Rich Black. The teams ended up raising nearly $51,000 dollars.

“When they saw that we needed it, it was great to see the community in Warren County come together to help our athletes the way they did. It was amazing,” said Black. He coaches the flag football team, and is the recreation coordinator for Warren County Handicapped Services, which organizes the local Special Olympics program.

“I couldn’t believe how much we raised in that short period of time. I’d say within a week and a half, we covered everything we needed and then some,” Black said. The extra funding will go to help other Special Olympics teams from Missouri make their funding goals as well, Black added.

Thanks to the support, the teams are now able to move forward with plans to attend a send-off event on June 3 and then fly to Orlando, Florida, where they’ll compete throughout the following week.

To get ready for the games, Black said the teams have spent nearly a year doing multiple workout days and practices each week, along with regular visits with a personal trainer.

Of particular note in the fundraising push was a widespread effort out of Wright City, spurred by a challenge issued by Mayor Michelle Heiliger. After contributing to the team through her charity, the Dave Heiliger Memorial Foundation, the mayor called on all residents of the city to consider donating.

If a fundraising website for the team is any indication, the community was eager to share that message and meet that challenge. A list of donors shows a slew of Wright City-area organizations, businesses and families pitching in to quickly put the team over the top of their goal.

“The biggest blessing, in my mind, about this community is that when it comes to our kids, we do whatever we have to do to help them be successful,” Heiliger commented. “We support each other, and that is something we can be proud of every single day. ... That makes me just so stinkin’ happy.”